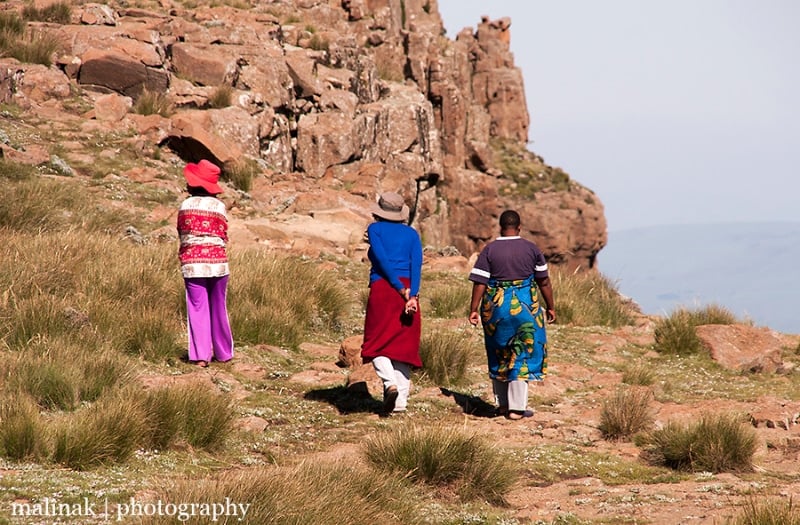 LESOTHO: The Mothers of a Nation

Now that our family has settled in nicely to life in Maseru, the capital city of Lesotho, I can turn outwards to learn more about the country and its people.

The first thing that I had to learn to keep straight was how to call the people and their language:

So, the Basotho live in Lesotho and speak Sesotho. Clear?

Of course, as a mother, I’ve been looking closely at the world of mothers here. I’m curious about our similarities, differences, and challenges.

The Sesotho designation to all adult married women is “‘M’e,” which means ‘mother’. I miss being called “Madame” as was the case in Laos, but I quickly grew accustomed to “‘M’e.”  (Except when adult men would translate it into English and call me “Mommy” in their deep baritone voices, which at first sounded creepy.) I have had to remember that it is a sign of showing respect to call me “Mommy”, and doubly so because they are going through the trouble of translating it into my language.

Indeed, “the mother” appears to be a very well-respected position in the Basotho household and society. At least outwardly. The women walk tall and proud, and are commanding in speech. This elicits a certain degree of deference and respect–at least from me anyway! The women here are definitely not of the American custom of making you their BFF with reassuring agreements, nods, and smiles, and setting the next date for coffee and friending you on Facebook right away. It is more of a distant and courteous “I like you”, and reminds me of first meeting northern Europeans, the layers peeling away into jokes and smiles the more you meet and truly get to know one another.

Despite the outward display of respect for ‘M’e, however, are some staggering statistics for the health status of women in Lesotho. According to a gender-based violence (GBV) prevalence survey conducted in 2013, 86% of women have experienced GBV in their lifetime. This figured is viewed as a gross underestimation since the survey revealed that only 2-3% of respondents reported the violence, and only 1% of those raped by non-partners ever reported the rape to the police or health care workers.

Another astounding statistic is HIV prevalence among women in the country. Adult HIV prevalence is estimated at 23.6% (the second highest in the world), according to a 2009 United Nations study. Moreover, women are more likely to be HIV+ than men (27% vs. 18% respectively). And due to maternal transmission of HIV, approximately 15,000 HIV+ women deliver children each year, with 40% of these children becoming infected.

Some might say that the social and economic roots to both of these issues for women in Lesotho are due to the poor state of the Lesotho economy, where 57% of the population live below the poverty line and 25% are unemployed. This has led to worker migration seeking job opportunities in surrounding countries, areas also experiencing high HIV rates. Out of a total population of barely 2 million people, 25% are estimated to work in South Africa’s formal and informal sectors. This has implications for cross-border HIV transmission through risky sexual behavior by migrants, as well as by partners left at home in two of the highest HIV prevalent countries in the world.

Perhaps it is the very personal and private issues of violence and HIV that explain what I’ve observed here as very close female bonds. At social gatherings, the women and men tend to self-segregate. Not due to any religious beliefs (the Basotho are predominantly Christian), or traditional practices. Rather, it appears to me that a circle of women is where they find trust, openness and support for what they all experience and fear. From what I can see, it is a very close bond that is essential to every woman here. To be let in will take more than hosting coffee and being Facebook friends. In the meantime, I stand with them in the spirit of womanhood and motherhood, from afar for now.

Do women in your country/culture have exceptionally strong social bonds? What do you think it is attributed to?

This is an original post to World Moms Blog by our mother of twins writer,  Dee Harlow, currently living in Lesotho. You can also find her on her blog Wanderlustress.

Joint United Nations Programme on HIV/AIDS, Together We Will End AIDS, 2012

The Ministry of Gender Youth Sports and Recreation, Lesotho Bureau of Statistics and Gender Links, Findings of the Lesotho Violence Against Women Baseline Study, 2014