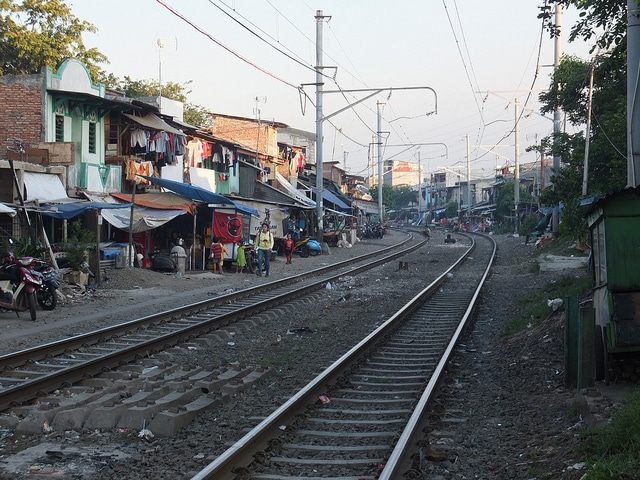 INDONESIA: Explaining Poverty to Your Child 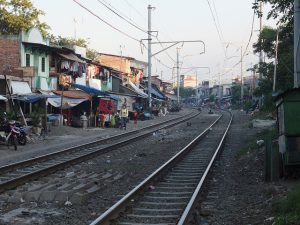 When it was time for my son to start school, I knew I wanted him to go to private school and thankfully, he was accepted into one of the international schools near our house.

Private school has its pluses and unfortunately its negatives too.

My son’s classmates are from the upper-middle class, those whose spring breaks were spent going to Japan or Hong Kong to visit Disney Land. The same kids who also have their own iPads and the latest cell phones.

I realized this might cause a challenge for us—with me being a single mom, who had just recently returned to the corporate world—but I try  not to let their different lifestyles make my son feel that he’s different.

So that’s why, on Easter weekend, I took him on a mini-getaway to my new job.

We did not take a taxi to get to my office, which is in a hotel. Instead, we rode the train like I do daily. I wanted to show him this is what his mother has to do to get to and from work. He got to see views that he won’t see from inside a nice air conditioned taxi or private car.

He loved staying in the hotel, just like most kids do, so we had a blast. But on our way home Sunday afternoon, the train was full. Not as full as it normally would be on a week day, still, we had to stand. We were leaning against the wall that separates the engine and the passengers. With the train swaying, it didn’t take long before my son told me he wished he could sit down.

Part of my mama bear instinct wanted to give him a seat but part of my tough love was to allow him to feel and experience how not everyone is blessed with a comfortable life.

I hope by showing him what I have to go through on a daily basis it will help him realize that I am working hard, that as the sole bread winner, I am providing for him. Yes, his father pays for school but outside of that, he is my responsibility and I’m doing my best to take care of him.

Yes, I told him I would love to be able to take him to Disney Land someday but for now, we have other priorities. Bills to pay, medicines to get for my parents, uniforms to alter, the list goes on.

Through our short train ride, my son was exposed to life “outside the fence”. What he saw through the windows of the train: makeshift shacks, houses built only inches away from the train tracks, kids playing soccer barefooted with garbage piling up around them. Hard life. The other side of glamorous Jakarta living.

We discuss this. He asked me why these people are living in such poor conditions. My heart ached having to explain that some people are not as fortunate as we are and that poverty is real.

We have a house to live in, a roof over our heads, while others came to the big city to chase their dreams and never made it. That’s why it is important for him to get his education so he can make a living for himself, one that hopefully he will love. I told him it is easy to look up and want what other people have but we need to be in the now, to be grateful for what we already have. To remember that there are those who need our help, who are struggling just to eat.

My wish is for my son to understand this, to grow up being grateful for what we have and to have a heart that is kind and willing to help others.

How do you explain poverty to your children?

This is an original post to World Moms Blog from our writer and single-mom to one in Jakarta, Tatter Scoops.

The image used in this post is attributed to Hideki Yoshida. It carries a Flickr Creative Commons attribution license.