BRAZIL: On the Move, Part II – should we stay or should we go? 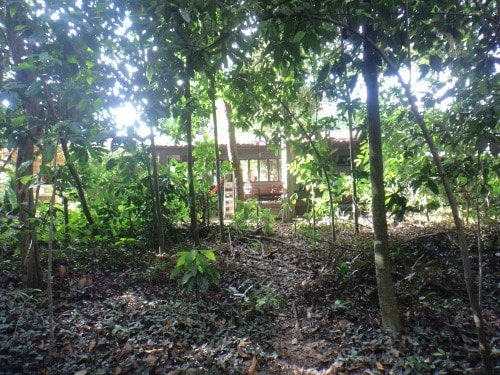 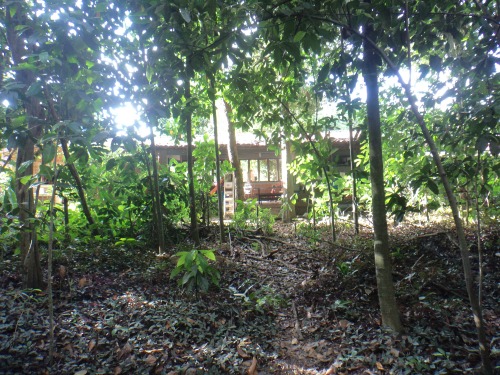 This is the Part 2 of a two part post.  The first part is available here.

We are thinking about moving.  Yesterday we visited two very nice houses at great prices and relatively close to where we live. I loved the first house in the sense that it has a practical, easy to clean design and would be great for the kids. However, there isn’t a single tree in the property! Also, it is completely exposed to neighbors and people in the street, which is something I do not like at all. The second house has lots of lovely trees, yet had an unpractical format that is not too child friendly. Among other things, it includes a high mezzanine that would be quite hard to keep the kids away from.

Basically, I would like to have the first house in the second house’s lot, which would be by the forest we live next to now!

Nevertheless, even though neither is perfect, either one of them would give us the chance to move and have a more organized, cozier home without undergoing the stress of home improvement projects. Plus, one of the advantages of moving – although it can also be a stress factor – is having a chance of reorganizing all of the stuff one has accumulated along the years and donating a bunch of items that are no longer necessary. Some even say that there are huge psychological benefits, as going through all that accumulated stuff can even stimulate the re-evaluation of an entire life and life style.

I believe the single greatest reason for staying, both for my husband and I, is the forest. I also like to think that living the way we do – with such close contact to the forest and all of its fauna and flora – will give our children a different perspective in life.

In his excellent book, Space and Place: The Perspective of Experience, Chinese geographer Yi-Fu Tuan discusses how one’s home and its architecture influences the perceptions of and relationship with the environment, comparing the case of China and the USA.

Another thing that bothers me is that the new owners of our house might not “take care” of the forest as we do. Of course we only “look after” a tiny piece of the forest right behind our house, but some of the animals have almost become part of the family. For example, there is a sloth that our daughter has named Melissa…but also the tiny squirrel that makes its chirping sounds early every morning, the tegus that live in a hole in our backyard, plus the humming birds, chameleons, possums, agoutis, and so many others!

The sad truth is that surprisingly, many of our neighbors don’t care much about the forest.  We often ask ourselves why they live here.  They place high walls between the forest and their properties. Sometimes they illegally cut down the closest trees out of fear that they may topple over their houses (even though rarely a professional is summoned to check if there is truth in that fear), or they clear the bushes and smaller trees because they believe it will ward away snakes. More than once we have patiently talked to people about these issues only to be repelled off angrily in a menacing tone.

On the other hand, I also worry about the possibility of an unhealthy attachment to the house itself on my part. I don’t think it is healthy to be overly attached to any object. I recently saw how difficult it was for my mother to move out of her huge and decaying house, even though she was living completely alone, widowed for the second time (and now the difficulty to sell or do something about it). Similarly, my mother-in-law lives alone with her eldest son in an old eight bedroom house which almost everyone in the family is extremely resistant to sell due to their childhood memories and attachments.

Thus the question remains. Should we remodel our house and make the best of it? Should we take the “simple” path and just move?  What have your experiences been with house remodeling and moving? Please share below!

This is part two of an original post to World Moms Blog by Ecoziva in Brazil.