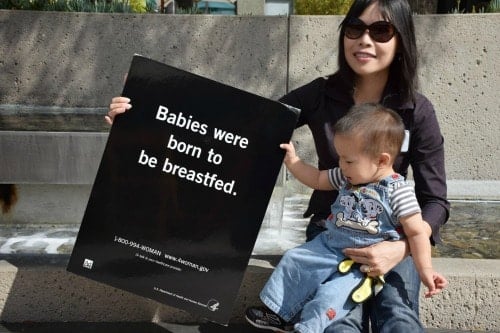 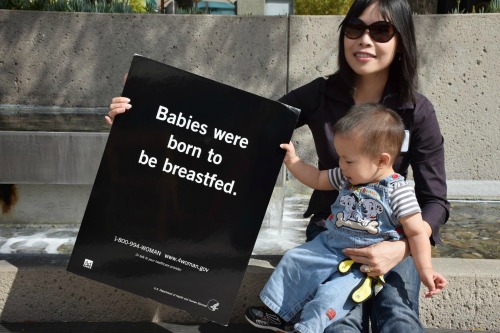 The writer interview with World Moms Blog asked what made me unique as a mother.

I could not answer the question, for I am not unique. I am an ordinary mother with a child, a husband, a job, and a station wagon.

But, still, every ordinary mother has a story. This is mine.

I got married young—my husband and I were married right after school. He is a computer engineer and I am a journalist specialized in criminal and disaster stories. He lived in San Diego and I lived in Los Angeles. We only saw each other on weekends. We both enjoyed our career and the plan was not to have a child.

But I found myself knocked up five years after we tied the knot.

I had no plan for the child—no birth plan, no nursing plan, no education plan. For my whole life I had been the girl with a plan, and now, suddenly, I was plan-less. I was sitting in my then future pediatrician’s office with a blank mind when he asked me if I planned to breastfeed.

“Virtually every woman has milk,” he told me.

“Okay, okay, I’ll think about it.” I walked out of his office.

Then I went through a very unpleasant delivery. I was in labor for more than 20 hours and ended up with an emergency C-section. I seriously thought I was going to die. When all was over and the nurse handed me the crying newborn, I barely had the strength to take him. And when I finally held him in my arms, I felt nothing..not the “love at the first sight” that everybody talked about…but exhausted.

But everything changed in two hours, when the baby first cried for food. A nurse showed me how to latch the baby. Soon as I brought him onto my breast, he widely opened his mouth and latched on. It was just amazing. I truly felt like I belonged to my baby and he belonged to me.

That was the moment I became a mother.

And I became a mother with an exclusively breastfed baby. We had three great months together. I returned to work when he turned 3 month old. I was writing for World Journal, the largest Chinese-language newspaper serving North America.

As a nursing mother, I was shocked and offended. I talked to my editor, but he didn’t think there was any problem with that article. The newspaper received complaints from readers, but had no responses.

I was very, very disappointed. The truth is, the company wasn’t friendly to breastfeeding mothers. We didn’t have a nursing room, even though California law requires appropriate reasonable space for pumping. I had to pump in the restroom. When I washed my pump parts in the kitchen, some of my colleagues would say, “don’t wash your dirty panties in the office.” I reported this to Human Resources, but they never dealt with it.

Later they published another article claiming that it is impractical for employers to provide lactation accommodations.  I spoke with my editor, a news person I once admired. We sat down for a 3-hour-long conversation and my editor insisted that there was nothing wrong with the article, that I was overreacting, and that I had a personal issue.

So I quit, ending a 10-year-long relationship with them. I sued the company for sex discrimination.

The suit was settled and one thing I didn’t agree was confidentiality. They wanted to pay for my silence which I refused. Other than that I’m happy about the agreement, it requires the company to change its policies regarding lactation accommodations and to share these policies with staff in multiple languages. Moreover, all supervisors will be trained on the policy and how to respond to requests for lactation accommodations.

Ten years is a long time to devote to a career. When I quit, once again, I found myself completely plan-less. I decided to follow my heart. I tuned down the financial compensation in my lawsuit, so that I could speak out about this type of discrimination. My hope is to use my example to encourage other Chinese-American mothers. I’m comforted whenever my Chinese blog gets positive responses.

And the blog led me to new opportunities. My still-being-breastfed little one turned two this past Mother’s Day, and I’m ready to publish my second children’s book.

Every ordinary mother has a story. This is mine – from a criminal reporter to a parenting columnist and a children’s book writer. What’s your story?