WORLD VOICE: Why I Send My Kids To Camp 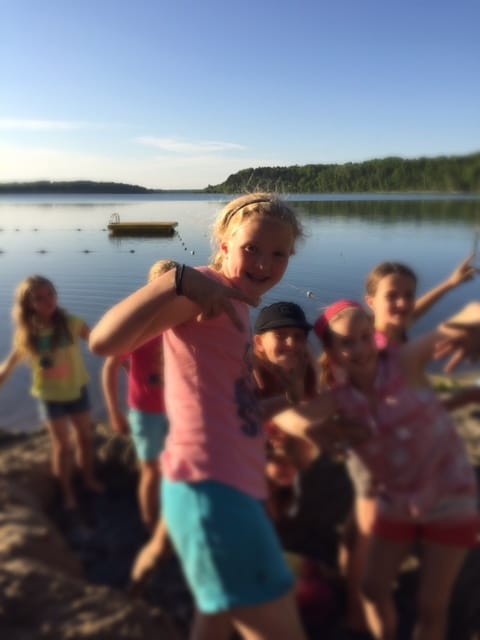 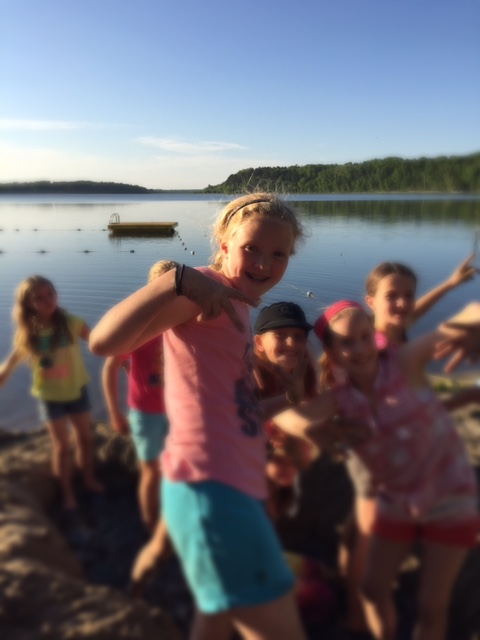 I just returned from two weeks in the woods of northern Minnesota. This was my sixth summer reprising my college job as a camp counselor. The opportunity to be at camp at the same time as my three children has allowed me a unique perspective: I get to witness firsthand the benefits of sending my kids to camp.

I am proud to work at Skogfjorden, the Norwegian language and cultural immersion program that is one of the fourteen Concordia Language Villages.  Respekt is the guiding principle; all deltagere (campers) and staff promise to both have and take responsibility for their actions as part of the Skogfjorden promise. But I am willing to bet that most of the following benefits of sending your kids to sleepaway camp apply to pretty much any high quality summer program.

Kids do things at camp that they may never attempt at home. Being outside of their normal social circle allows kids to try new things. Sometimes this is as simple as a picky eater who samples food at camp that he would flat-out refuse at home. My daughter, for example, barely nibbles the kid-friendly items in her lunchbox but she chows down on almost everything she is served at camp. But sometimes I have seen kids do incredible things that they would never dream of doing at home. I remember a girl in my cabin one year whose parents pulled me aside when they dropped her off to brief me on how incredibly shy she was. And she WAS painfully shy. But exactly one week later, I saw her stand up in front of the entire camp and sing a solo a cappella in the talent show. It was so beautiful that I teared up. Her parents saw a video of it on the camp blog and were. Totally. Blown. Away.

The corollary of this is that kids get to explore different aspects of their personalities at camp.

At school, a kid may be labeled as this, that or the other, but they get a chance to start fresh at camp. At camp, most kids just get to be valued for who they are, without having to worry about how they are viewed by their long-term peers. In fact, two of my three kids kind of don’t want their friends to go to camp with them. It is THEIR place and don’t want to cross the streams of their lives.

Camp helps kids learn how to problem solve and make decisions for themselves. One of the things that I have learned from parenting is that kids actually have very little control over their lives. Understandably, that can be frustrating. In a lot of ways, camp helps children feel in control of what happens to them. At Skogfjorden, kids get to choose between activities twice a day, they choose what they will do during free time, choose how much money they will take out of the bank and what they will buy with it, choose to be kjempenorsk and speak only Norwegian all day.  I think that these experiences make kids feel competent and independent, which in the end will help them to be better problem-solvers in any new situation.

And sometimes it can lead to brilliance. One summer, I was assigned to work the camp candy store (or kiosk, as we call it at Skogfjorden). In terms of kid priorities, candy is at the very top of the list. Since the store was only open once a day, the lines were looooong. My oldest son showed up one afternoon and placed a massive and complicated order of soda, chocolate, gummies, etc. He had done the math in his head and paid with exact change for each category of item. I flipped out. “What do you think you are doing? You can NOT have all of that candy!” “Mom,” he responded calmly, “it’s not for me.” Turns out he was running a business. For a small but reasonable fee, he would stand in line for you and buy your candy. Understandably, he had quite a customer base. Not only that, but what he bought for himself he would save until the next morning – when everyone else had eaten up all of their own candy and were desperate for more. Then he would sell at with a steep markup. I gave him $20 at the start of camp on Monday. By Friday, he had doubled his money and started a matching fund for a kid in his cabin who didn’t have much money.

Camp forces kids to take a break from their ever-present technology. Everyone talks about how one of the benefits of sleepaway camp is that today’s plugged-in kids are forced to unplug and commune with nature. That’s true, of course, but it doesn’t capture the sheer beauty of some of the things I have seen at camp. I helped a 7-year-old with her camp evaluation last week and the most important thing for her was that she “had seen more animals than she had in a really long time”. This happened on a day that I saw two deer sprint through camp, as well as a woodchuck, a red-headed woodpecker, and a hummingbird, not to mention all the various insects, birds and bees. (We have bears, too, but that just means you have to sing on your way back to the cabin.) I especially love how the girls in my cabin were constantly showing me the caterpillars, inchworms, moths, shells and frogs that they had discovered.

Speaking of frogs, I have to share the beauty of The Night of the Frogs. It had rained hard – torrentially hard – that day and then cleared off. On my way back to my cabin, I encountered my son Simon and 3 of his buddies in the middle of the flooded path, catching frogs in the moonlight. There were frogs EVERYWHERE – big and small. It was like something out of the Ten Commandments. The boys had already caught more than a dozen frogs of all sizes. Somewhere they had found a cardboard box. They showed me the inhabitants of their cardboard box with pride. They had worked out a system for catching the frogs and their cooperation was yielding enormous success. Sometimes, I just close my eyes and remember their young voices raised in laughter and exhilaration.

Kids benefit from relationships with trusted adults who are NOT their parents. At camp, kids have to create new relationships – on their own, without parental guidance or influence. New friends among their peers are important and perhaps what they will remember most about camp. But the relationships that they forge with trusted adults who are NOT their parents is hugely important. While counselors are not parents, they are more than school-year teachers. They are positive role models who have time and energy to listen, talk, and laugh with our kids. They reinforce the messages and values that we parents are trying to instill, but – unlike us sadly lame parents – THEY are inherently cool. Sometimes kids listen better to these non-parental authority figures who are closer to their age. Parenting is a lot of responsibility and I, for one, feel better knowing that my husband and I am not alone in raising our kids.

Camp helps kids figure out who they are. It helps them to grow up. The truth is that putting a kid in the somewhat uncomfortable situation of living with a lot of other people in a small space helps them learn not only about cooperation and teamwork, but how to respect others and negotiate. This helps kids build confidence, courage, independence, resilience and flexibility.

I sent my two sons off to camp today. They have reached the point in their teen years when they don’t especially need – or want – their mom around when they are at camp. But that’s ok with me. I know that they are in one of the most safe and supportive environments that will ever be in and that they will come home to me the better for it.

This is an original post written for World Moms Blog by Jennifer Prestholdt.

Do your kids go to any sort of summer camp?