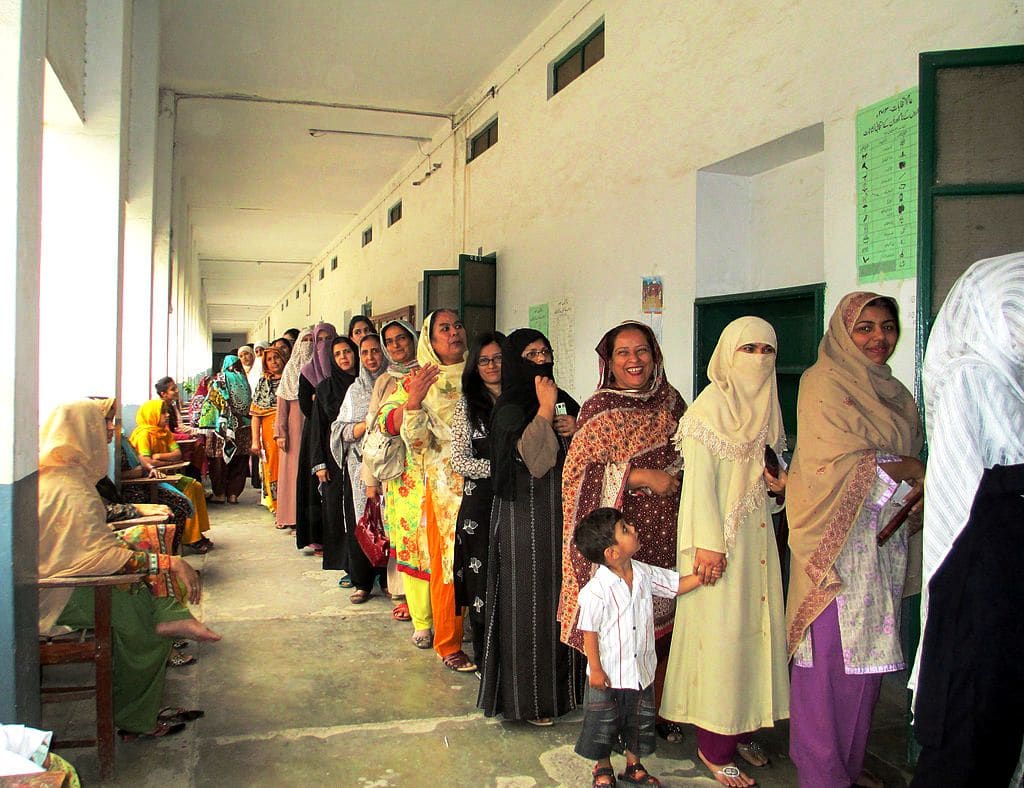 Violence against women in many countries occurs at an alarmingly high rate, but a new bill being proposed by a Pakistani Islamic council may just push the envelope further.

According to the proposed bill by Mohammad Khan Sheerani, the leader of this council, men will be allowed to “lightly beat” their wives with a small stick if they believe it to be necessary. Some of the criteria this council has listed as being necessary for disciplinary purposes are: not wearing a hijab, talking with strangers or men, speaking too loud or giving money to others without the husband’s permission. In addition to these, the proposed bill would allow husbands to “lightly beat” their wives if they refused to have sex, not bathe after intercourse or their menstrual period, and especially if they took birth control without their husband’s permission.

I can understand being reprimanded if one’s wife was not wearing a hijab, but to be physically punished for religious reasons or worse, for a woman’s perceived negligence of hygiene or opting for birth control is unbelievably demeaning and wrong.

How is it okay for women to participate in politics, but be in danger of punishment for not obeying their husband’s desires?

If this bill were to pass, it would give way to other laws that are just as absurd and endanger women further.

As a woman and wife whose marriage stems from a partnership of equals, it is unbelievable to me that this law is even being proposed in this day and age. I understand that as someone who has grown up in the western culture, there are numerous laws in other countries that may not make sense to me, but if a law is used to subjugate women for the underlying purpose of harming them physically, emotionally and mentally, then it should not be passed.

I, myself, was born in the Philippines where patriarchy is dominant in a family setting. While I grew up in a family dynamic where the Father was the prominent figure in my nuclear and extended families, I was raised to believe that being married doesn’t diminish my rights as a person or self-worth..

Why must women continue to endure suffering at the mercy of patriarchal ideologies that are archaic and demeaning?

How is this proposed law deemed acceptable by a religious council when it calls for punishing women for saying “no” to their husbands, making it difficult for them to stay safe in their marriage?

Maybe I’m too much of a Western woman who believes that marriages are composed of men and women who value each other’s opinions and thrive from it, as opposed to beating one’s wife for not obeying what they believe as Islamic laws. As I sit here in disbelief and anger, I do hope that the women of Pakistan muster the courage to fight and make sure this proposed law doesn’t get passed.

What do you think of this bill? Please share your views about it in the comments section.