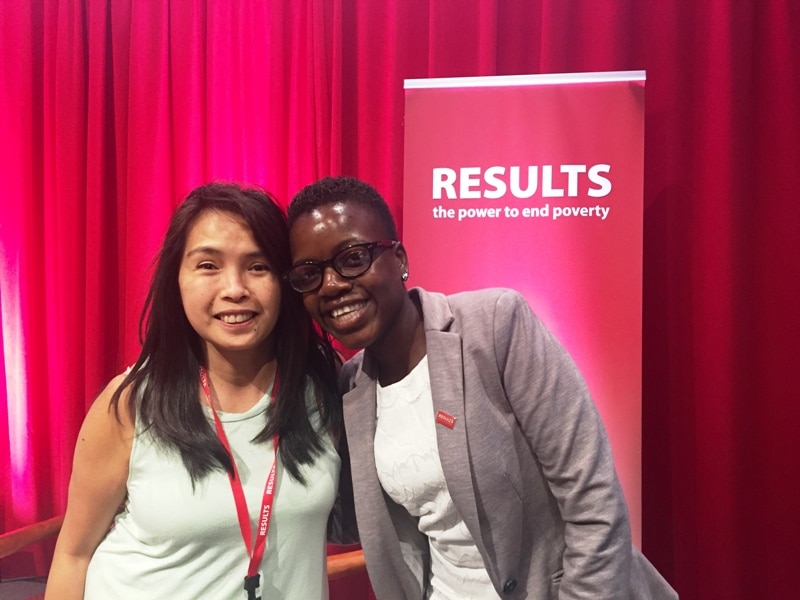 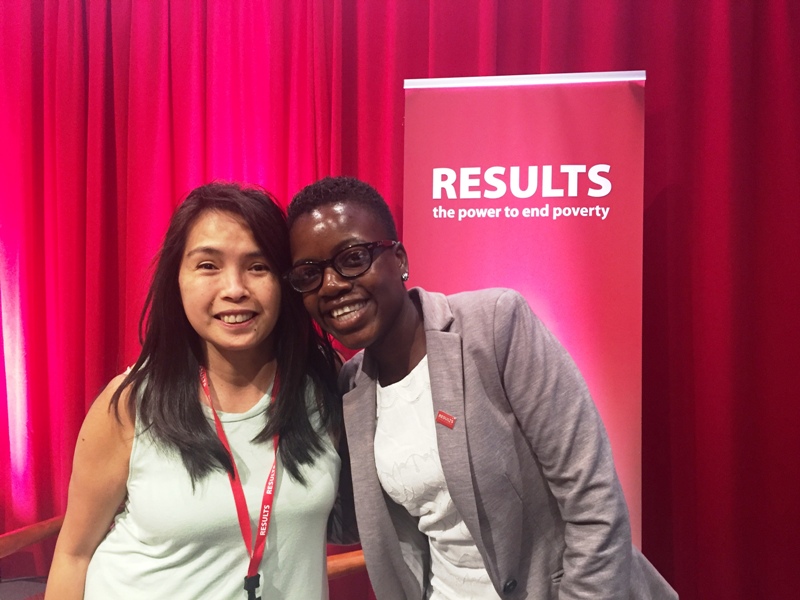 Two weeks ago, I was chosen to represent World Moms Network at the RESULTS International Conference’s Social Media Corps. World Moms Elizabeth Atalay and Cynthia Changyit Levin were also there to guide me through this conference. RESULTS International Conference is held at Washington DC every year, bringing together experts to speak about ways to eradicate poverty in the US and other parts of the world.

I have always thought of myself as being aware of what’s happening in the world, but I was wrong. During the four day conference I was blown away by the speakers and their stories and how naive I have been with regards to poverty.

In Sutton’s words, “it affects anyone and everyone, so we must bridge the gap to understand that poverty doesn’t discriminate”.

In addition to addressing poverty, issues that affect women and children both in the US and in other countries were discussed. Of the speakers that I heard, the one that made an impact on me was Loyce Maturu (Advocacy Officer, Africaid Zvandiri) from Zimbabwe. Maturu lost her mother and brother to AIDS in 2000. As devastated as she was about their deaths, she was unprepared for how her life would further change when she was diagnosed in 2004 at the age of 12 with HIV and tuberculosis. Living in a country where fear of the unknown and the stigma surrounding HIV and tuberculosis made it difficult for Maturu to remain where she lived so she was sent to live with her aunt and uncle.

For most people, being sent to live with family could be seen as a blessing, but for Maturu, it was a nightmare that added to her feeling of isolation. She was physically and emotionally abused by her relatives, and even had thoughts of taking her own life in 2010 because she felt alone.

For Maturu, now 24, the Global Fund has made it possible for her to get the treatment she needs to be able to tell her story. Since 2009, she has been a volunteer peer counsellor, going to schools and sharing her story by about living with HIV, especially to adolescents and young people who are affected by the stigma associated around AIDS. She believes it is important to educate people that adolescent and young people can lead healthy lives even if affected by HIV and tuberculosis.

Maturu believes that continued financial support of the Global Fund is crucial in fighting diseases of poverty. This September, funding for it is up for replenishment. Every three years, the Global Fund holds a pledging meeting where donors make specific financial commitments to support the fight against HIV/AIDS, TB and malaria. This year, the United States is being asked to continue its pledge of ⅓ of the Global Fund’s requested $13 billion, as it has three years ago.

According to Maturu, “the Global Fund transforms lives and gives us hope to continue to fight and end these epidemics”.

As someone who has never been afflicted by HIV or tuberculosis, I can’t imagine the heartache and desperation Maturu felt after being diagnosed. Her determination and courage to fight every obstacle she came across with, to receive treatment and live through them is inspiring. As a parent, all I want is for my family to stay healthy and be able to provide a future for my child, but I also know that a health crisis or job loss can alter it in an instant.

As a journalist whose job is to inform others about what I learned from the RESULTS conference, I do so by relaying the stories of Tianna Gaines-Turner, Angela Sutton and Loyce Maturu. By telling their stories, I hope to bring awareness to issues of poverty here and other parts of the world. No one is immune to sickness or crises, but with education and awareness, a lot can be done to fight these issues.

In Maturu’s words, “If I’m going to live in this world, I want to share my story and let people know that they can have healthy, happy lives”.

At the end of the day, don’t we all want the same thing?

To find out about more about RESULTS, click below: