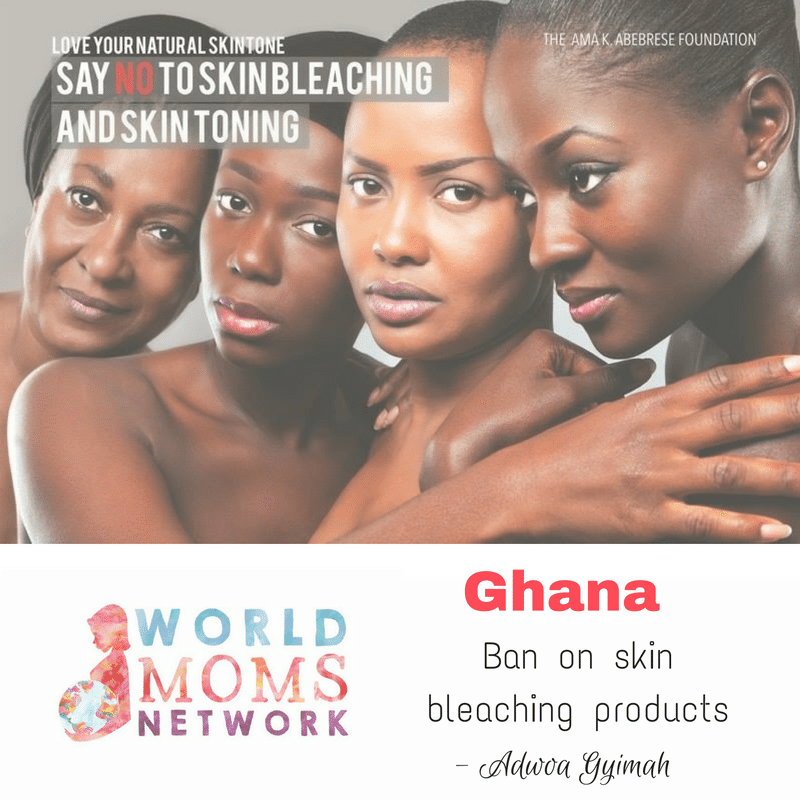 Earlier this year, the Ghanaian Food and Drugs Authority announced that it would enforce a ban on the importation of skin bleaching creams that contain the harmful ingredient known as hydroquinone. The news was received with much anticipation, and has since been talked about on many news platforms all around the world. Hydroquinone is noted to cause damage to the skin and can cause severe skin dermatitis. According to research quoted by the Campaign for Safe Cosmetics, hydroquinone may even act as a carcinogen or cancer-causing chemical.

A campaign dubbed “Love Your Natural Skintone” was launched in Ghana by actress Ama Abebrese, with the support of other female celebrities, to encourage people to love the skin they are in. It spurred a lot of interest amongst the young and the old as the outspoken actress took to radio and television to talk about the cause. The Ama K Abebrese Foundation has erected billboards to create awareness of the campaign throughout Ghana. The campaign “Love Your Natural Skintone” has since engaged students through debates and forums on the subject of self care.

Some months have passed, and we still see the sale and use of skin bleaching creams in the country. Although the ban was reported to officially take effect from August 2016, according to the Ghana Standards Authority, very little has been seen to have happened regarding this subject. I’ve spoken with with shop owners who still sell such products, and they tell me that skin bleaching creams sell, so they keep them on the shelves. Entrepreneurs say that, despite the ban, they will always find a way to bring skin lightening creams into the market for their customers, since the demand is so high.

In my opinion, it will take more than a ban to prevent people who are currently using creams with hydroquinone to whiten their skin. Proper education must be done at both the grassroots and national levels to show firsthand the health implications such creams have on consumers. We must all join together in the campaign to say no to this menace.

Are skin lightening creams popular where you live? What efforts have been made to encourage people to love the skin they’re in?

This is an original post written by Adowa Gyimah of Ghana for World Moms Network.