JAPAN: Boo-boos of the Heart 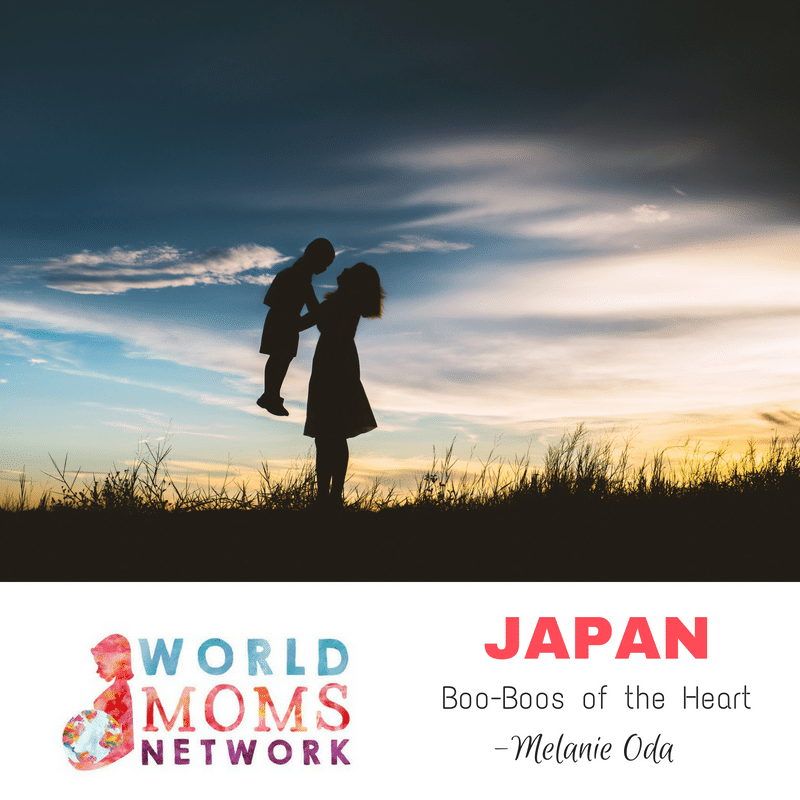 Fixing boo-boos was easier when they were little. Even the “big” boo-boos; call the ambulance! Go to the emergency room! Call the poison control center!

Those times were scary, and I thought nothing could be worse. But at least I always knew what I should do. I didn’t second guess if taking those actions would make the situation worse.

But as children get bigger, I find their boo-boos can’t be fixed with a kiss or a band-aid, or a trip to the emergency room.

Those are all fixes for the body, but of little use to the heart.

I have been hurt in many ways during my life, but nothing can prepare you for the pain you feel when your child is hurt, intentionally, repeatedly, by a bully.

It hurts that it would happen at all; that anyone would see your sweet little baby as a joke, a nerd, someone worthy of disdain and mistreatment.

It hurts more to know that your child is a target because of you: that you being a foreigner, of a different race, with a different accent has opened your child up to ridicule.

No action I can think of is free from an undesirable reaction, but doing nothing is also not a solution. I don’t want to make it worse, but I can’t see any way to make it better.

Have your children suffered from bullying? What steps have you taken to help them?