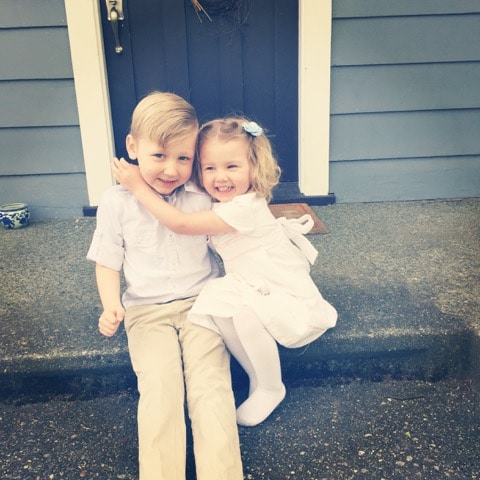 My 5-year old son has a new and urgent interest in Star Wars. It’s fascinating to listen to the connections he is making between the current political climate in the United States and these iconic films that explore themes of power, justice, friendship, love, transcendence, and redemption. Indeed, all very relevant themes for these times.

It’s been only a few months of protest marches, phone calls to representatives, standing up and speaking out, and I’m already aware of impending exhaustion. The question of how to leverage all of my unearned and undeserved advantages to resist ongoing oppression and exploitation while also caring for myself, my family, and my work has loomed large in my heart and mind.

Looming large, too, is a desire to model for my children a sustainable way to use my gifts and talents in service of justice, peace, and love. And, as often happens when I am worrying about how to teach or model something to or for my children, I am humbly reminded that the opposite is happening. As the wise Yoda says: “Truly wonderful the mind of a child is.”

As my son talks to me about Star Wars and how it relates to the world as he sees it, he’s not focused on the battles, but rather on the stories of transformation. He’s interested in how The Force works within people, moving them towards the light or the darkness. In short, he’s curious about and open to the ever-present potential for change – in individuals, systems, and galaxies far, far away.

In our galaxy, many Christians have just celebrated Easter and are now in the 50-day period of Eastertide, a time to celebrate new beginnings, second chances, and the power that love has over destruction. Every year around this time the following quote pops up somewhere: “We are told to let our light shine, and if it does, we won’t need to tell anybody it does. Lighthouses don’t fire cannons to call attention to their shining – they just shine.” (Dwight L. Moody)

This Eastertide I’m thinking about what it looks like to “just shine.” And I already know that it looks a lot like how my son approaches the world: with curiosity, joy, hope, and faith in the possibility of transformation and the power of love. And it’s this orientation towards both the challenges of these times and life in general that can be a guiding principle in knowing how to move forward – what to do, how to show up, and when to rest. As the gospel of Star Wars reminds us: “The light…it’s always been there. It will guide you.”