USA: Raising a Bilingual Child While Losing My Accent 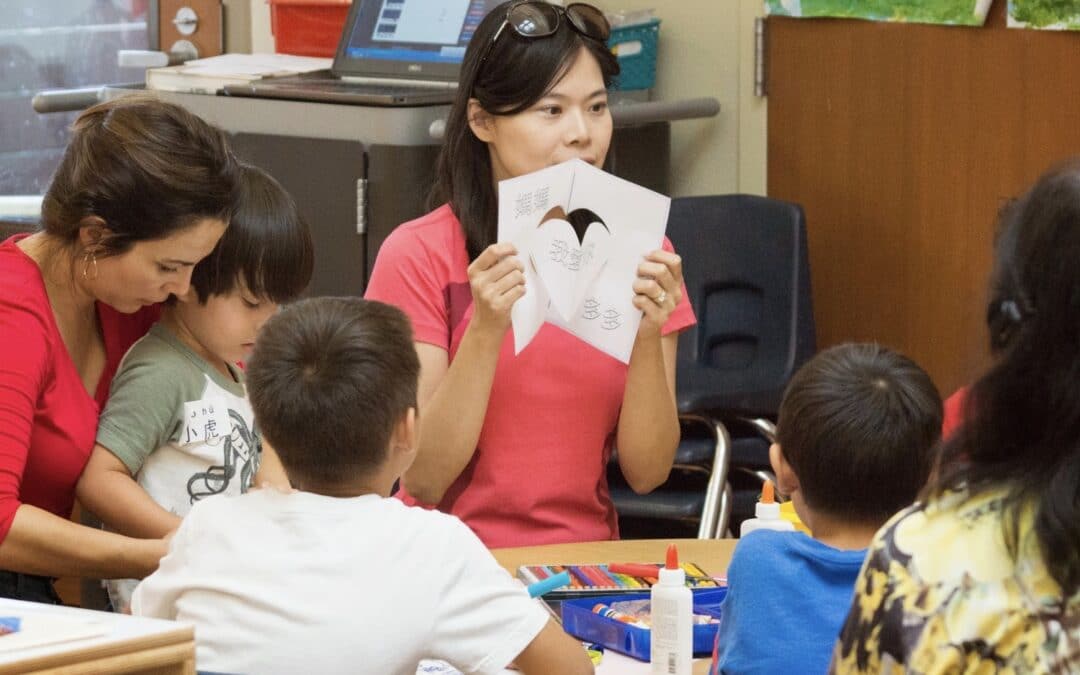 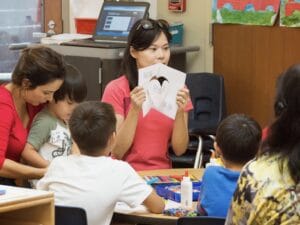 I’ve served as a judge at some local children’s Chinese-language speech and recitation contests on several occasions. I still remember my first time. I saw a little boy in a suit and tie, speaking with a crisp voice, saying, “Summer is my favorite season because the sunny days are cheerful and inspire me to do great things for my people.” When speaking, he raised his two fists high in the air.

Then I saw a little girl in a dress and high heels, who with a clear but shy voice said, “Winter is my favorite season because it reminds me the Chinese fairy tale ‘Snow Child,’ a story that describes the noble sentiments of Chinese people.” Then she wiped her eyes in an exaggerated way.

These children were all born in the United States, of Chinese descent. They spoke Chinese in crisp, clear voices, but the speech content was confusing. I really wanted to ask the girl what she meant by “the noble sentiments of Chinese people,” or the boy what “great things” he was going to do for his people. I got the impression that most of the scripts were written by parents.

After the young children spoke, the older kids stepped onstage. A couple of teenagers in T-shirts and shorts hesitantly walked up, muttering things like, “We should respect our teachers, because…because Chinese people believe in their teachers, well I’m American, not Chinese, but… oh well, let’s just respect our teachers” or, “We should respect our parents because…because they are too old to understand anything we say…let’s just listen to them when we are home.”

It was funny to see young people of Chinese appearance speaking with such strong American accents – so strong that I could barely understand them. Nine out of ten parents sitting in the auditorium frowned, clearly not enjoying the speech. Were they sad because their teenagers were not speaking Chinese as well as they had in elementary school? Were they worried because their children’s speech was not good enough to get them into college?

While considering how to score, I thought of my own child. He was then nine months old. I couldn’t help but wonder whether he would be able to tell the fairy tale Snow Child in fluent Mandarin Chinese. Would he become an American kid with an American accent and complain that “Mom is too old to understand anything I say”?

I frowned, like all the parents in the auditorium.

In my family, we speak Chinese at home and English at work or school. My son was a late talker, but our pediatrician comforted us, saying that although bilingual kids can be slow to speak at the beginning, they usually  catch up quickly. He encouraged us to insist on speaking Chinese at home.

We tried to create a Chinese-only environment at home with hopes that my son’s first word my son would a Chinese word. But the hope came to naught: his first word was an English word he learned at the daycare: “Daddy”. This was my first failure in raising a bilingual child. In spite of this, we continue to speak Chinese at home. Every night we read bed time stories together in Chinese. By the time he was three, my son could speak fluent Chinese, and tell “Snow Child” and many other fairy tales without help. I was very proud.

But my pride didn’t last for long. Just a couple of months ago, his preschool teacher told me that he had a hitting problem. The theory was that because my son didn’t speak English as well as other kids, his ability to stand up for himself in arguments was limited, and he turned to physical means of expressing himself.

The teacher suggested that we set an “English time” at home to help my son improve his English. I didn’t like the idea: the more I exposed him to English, the less chance he got to speak Chinese. Didn’t he speak a whole lot of English at school already?

But the hitting problem got worse. After consulting our pediatrician and therapist, I finally gave in and started a daily English storytime at home. Kids are really like sponges, and his English improved in no time. He stopped hitting his preschool classmates, but his Chinese language skills went backwards.

I worked as a staff writer at a local Chinese-language newspaper when I was young. Many times, I interviewed outstanding second or third generation Chinese-Americans. When I asked them for a Chinese name for publishing purpose, they often said, “I don’t remember my Chinese name.”

A Chinese-American anti-death penalty activist once “drew” down her Chinese name for me after an interview. I couldn’t read the symbols she had drawn. I tried to guess and wrote down two characters next to her drawing. She read my writing and happily announced, “Yes, that’s my name!”

When the article was published the next day, I got a phone call in the newsroom from an old lady speaking Chinese with a sweet Beijing accent. She identified herself as the mother of the anti-death penalty activist, and said that I had gotten her daughter’s name wrong. I apologized, and she said, “That’s okay, I understand. My daughter must have made the mistake herself. She never remembered her Chinese name. But I just want to let you know.” Then she was silent. “Hello! Hello?” I said, not sure if I should hang up. Then she started to talk again, asking me where I was from, if I was married, and if I had children.

At that time I was married but there were no children yet. The old lady aid earnestly, “Take my advice. When you have your own kids, always speak Chinese to them.”

“Sure, sure,” I said, just saying that to make her happy.

Through the years I’ve seen many second generation Chinese-Americans struggling to learn Chinese.

Since having my own child, I often think of the old lady and her daughter who couldn’t remember her own Chinese name. The thought is almost painful.

It is not just the America-born children who are struggling. The away-from-home adults are also struggling. I am a professional writer who was born to Chinese parents and raised in Taiwan, but who has spent her entire adulthood in the States. I struggled to improve my English during my first years in the United States. Now I write English more then Chinese. I can clearly see that I no longer speak Chinese as well as I used to. When I was in my twenties, I was eager to get rid of my Chinese accent. Now I’m desperate to maintain my Chinese language skill.

My son will soon be four, old enough to go to the Chinese language school. I decided to let him start this fall. He doesn’t like the idea of going to school on weekends, and asks, “Why do I have to learn Chinese?”

I didn’t know how to explain the concept of culture to a toddler. I just told him, “So you can read ‘Journey to the West’.” The other night I read him the chapter “Monkey Subdues White-Skeleton Demon” from the classic novel. He wanted to know if the Monkey eventually returned to his teacher Xuanzang. I wouldn’t tell him. I told him that he will read it one day by himself.

I still hope to raise a bilingual child who speaks fluent English and at least understandable Chinese. I don’t expect him to love the Chinese language right away. Language is always first a tool and then an art. I hope my son will first learn how to use the tool, and then, maybe one day, he’ll truly fall in love with the art.

Are you raising a bilingual child? How do you manage the cultural balance between more than one language?

This is an original post for World Moms Network by T0-Wen Tseng. Photo credit: David Sprouse.