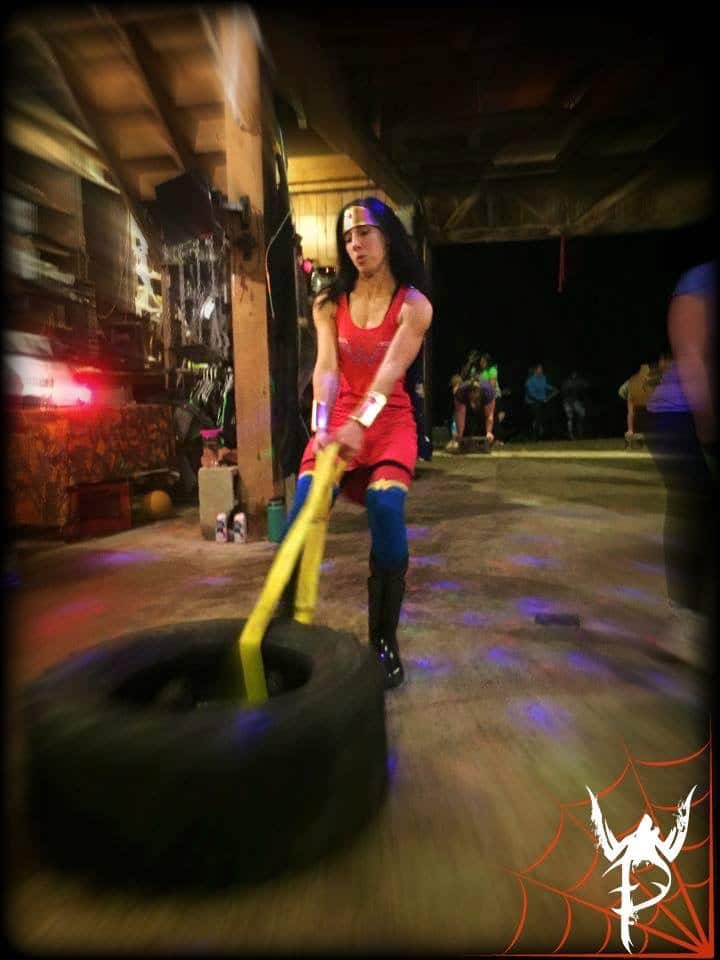 “Has anyone ever told you that you look like a young Lynda Carter?” an older man asked me in a park. I was in my 20s at the time.

I smiled and walked on. It wasn’t the first time I heard that comment. A few people likened me to the actress who played Wonder Woman in the mid-late 1970s on television. Though she started to portray Wonder Woman the year before I was born, people would mention her name as my apparent doppelganger from an early age. I guess it was the dark hair and eyes.

I’ve always had a thing for Wonder Woman. I wasn’t really ever into comic books or superheroes, in particular. But I had Wonder Woman underoos and a felt a connection to her character. Maybe because she had similar features as me. It could also have been that she was a strong, badass female. What girl doesn’t want to be like Wonder Woman?

I dressed as Wonder Woman two Halloweens ago. I hadn’t dressed up for Halloween in decades, but my gym was having a fun outdoor workout that encouraged Halloween costumes. I bought a costume in a local store. I knew exactly who I wanted to be. When my ex-husband came to my house to pick my boys up for the night, I was outside dressed in my full Wonder Woman costume. He didn’t say a word. I posted something on Facebook about the encounter, thinking it was a funny/awkward little encounter. I left my phone for a bit, worked out, dragged a tire a few times and found over 200 likes to my funny little post.

I felt pretty badass that night and have been told that the Wonder Woman character fits me well.

It wasn’t until I saw the most recent Wonder Woman movie that I truly understood why I’ve felt a connection to the character for so long. Watching her story unfold reminded me of my own. It’s hard to explain, but I saw a girl who grew into a woman that, despite being told “No” a whole lot, fought for what she believed in. She appreciated life, truth, babies, ice cream, didn’t have a need for the acceptance of men (and pointed out that besides procreation weren’t really needed at all) and rocked a tiara. She was kind, funny, had a need to defend the world from bad and was ready to fight if the need arose.

When every man on the screen told her not to cross No Man’s Land, Diana Prince became Wonder Woman. She took her coat off to reveal her true self, raised her shield and walked straight there, deflecting bullets with her bracelets. The men followed. Like others, I may have teared up a little during this scene.

But it wasn’t about winning a war. It was about love.

As Diana said, “It’s about what you believe. And I believe in love. Only love will truly save the world.”

I write this here because I think most moms feel the same way. As a single mom, my kids see me mow the lawn, lift weight, cook dinner, watch their sporting events, go to work, among other things, every single week. They’ve seen me at my highest and lowest points and love me no matter what. They roll their eyes at me, tell me I’m mean and still give the biggest, most loving hugs I’ve ever received.

As moms, we are all wonder women. We persist when we’re told no. We seek truth and justice. We keep going because we are out to protect our kids and our love. Nothing will stop us.

Have you seen the Wonder Woman movie? Did you feel a connection to Diana?