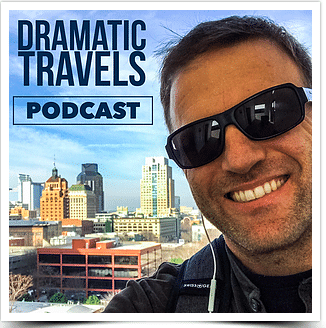 Often World Moms contributors are also global travelers, and we are excited that a new travel podcast called Dramatic Travels recently featured two of our contributors. Nicole Melancon had the honor of being the very first Dramatic Travels podcast interview to air, and more recently Elizabeth Atalay shared her travel stories in Episode 9.

Aaron Schlein launched the inspirational family travel podcast Dramatic Travels earlier this year as a resource for family travel, a way to ignite curiosity, and to open people’s minds to the power of travel. In each episode Aaron talks travel with passionate and experienced travelers who are sharing the world, and that love of adventure, with their kids.

Travel opens up a world of possibilities, education, and cross cultural appreciation in a unique and impactful way that no other type experience can.  A large part of our mission at World Moms Network is to cultivate cross cultural understand to help build a better world for all of our children. To hear about Nicole and Elizabeth’s travel adventures and how they are sharing their love of travel with their families you can listen to their podcast interviews here: 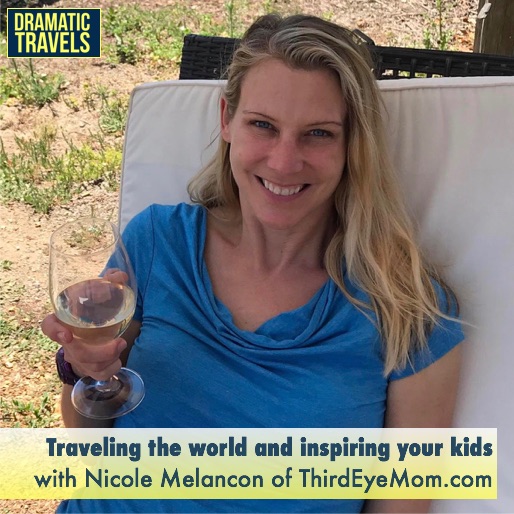 Nicole Melancon is a freelance journalist, blogger, and social good advocate living in Minneapolis, Minnesota with her husband and two children. A world wanderer at heart, she has visited over 40 countries for both work and pleasure and is still wandering.

Nicole founded her blog, ThirdEyeMom, in 2010 after a life-changing trip to Nepal where she trekked the Annapurna circuit with her father. Landing in India, she received her “third eye” which symbolizes wisdom. It reinforced her strong belief that you must view the world with a third-eye and as openly as possible. On ThirdEyeMom Nicole writes about travel, culture and social good issues focusing on poverty, global health, education, human rights, women and girls’ empowerment, food security and the environment. She is a member of Impact Travel Alliance Media Network, an alliance of journalists, content creators and social media influencers around the world who are passionate about sustainable tourism, and she volunteers with Travel+SocialGood Blog Coordinator.

In May of 2013 Nicole traveled to India as a member of Mom Bloggers for Social Good  to report on water, sanitation, newborn health, and education. In July 2014, she traveled to Ethiopia to report on newborn and maternal health as a fellow with the International Reporting Project, and was a Social Good Fellow for the UN Foundation Social Good Summit, and chosen to attend ONE Women and Girls first AYA Summit in Washington DC in 2015. In July 2015, Nicole climbed Mount Kilimanjaro with Solar Sister, a non-profit organization that brings solar electrify to Sub-Saharan Africa. She has been on two separate press trips to Haiti in 2015 and 2017, and reviewed an all-women’s learn to surf camp in Nicaragua in 2016. Most recently she travelled to Kenya to work on the 2018 Follow the Liters Campaign with LifeStraw where the mission was to deliver safe water to the one millionth child. 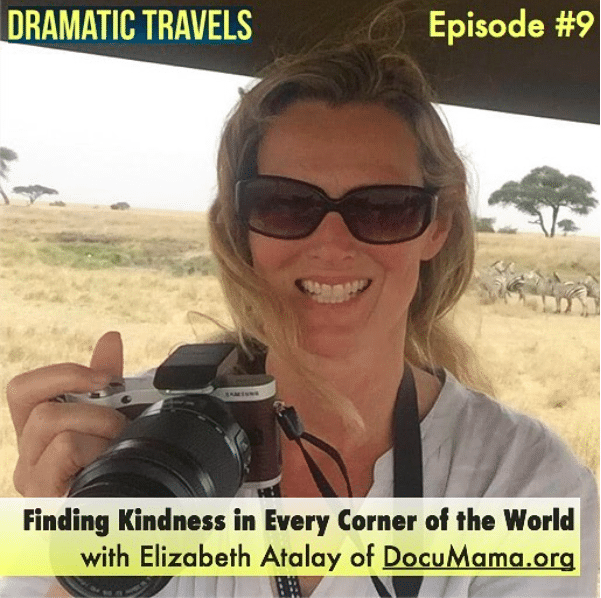 Elizabeth Atalay is a Digital Media Producer and Managing Editor at World Moms Network. In 2016 she traveled to Haiti to visit artisans in partnership with Heart of Haiti and the Artisans Business Network. She was a 2015 United Nations Foundation Social Good Fellow, and traveled to Ethiopia as an International Reporting Project New Media Fellow to report on newborn health in 2014. In 2013 Elizabeth traveled to Johannesburg, South Africa with Social Good Moms report on reproductive health and a women’s collective in Alexandra Township.  At Documama.org she uses digital media as a new medium for her background as a documentarian.  After having worked on Feature Films and Television series for FOX, NBC, MGM, Columbia Pictures, Warner Brothers, 20th Century Fox, and Castle Rock Pictures, she studied documentary filmmaking and anthropology earning a Masters degree in Media Studies from The New School in New York. Since becoming a Digital Media Producer she has worked on social media campaigns for non-profits such as Save The Children, WaterAid, ONE.org, UNICEF, United Nations Foundation, Edesia, World Pulse, and The Gates Foundation.  Her writing has also been featured on ONE.org, Johnson & Johnson’s BabyCenter.com, EnoughProject.org, GaviAlliance.org, and Worldmomsblog.com. Elizabeth has traveled to 70 countries around the world but home is in New England with her husband and four children.

This is an original post for World Moms Network.