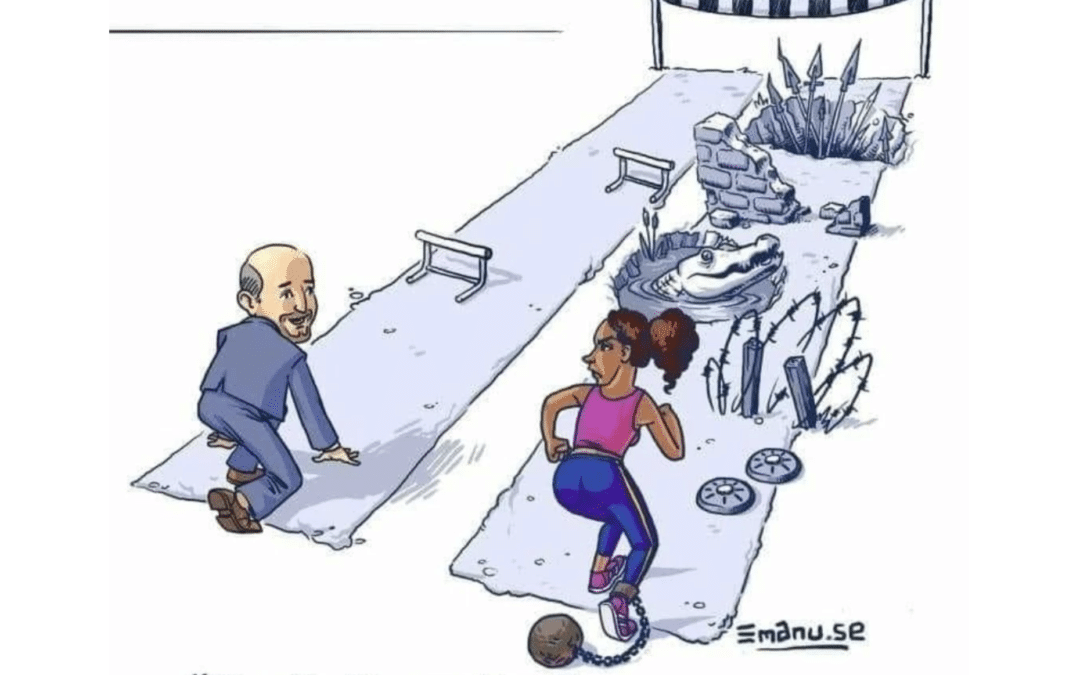 Being Latina AND white

A few years ago, I wrote an article about being a white Latina. It didn’t go down well. I’ve learned a lot about white privilege since then, and it’s definitely made me see things differently.

Through my erroneous view of how being a white Latina was a disadvantage, I learned just how much easier I had it than lots of other people. Being fair and nice to my long-time Andean maid wasn’t and will never be enough.

When I was young, I was an immigrant in the United States. I hardly spoke any English and my family shrunk from having tons of uncles and cousins around to just me and my mom. I never really noticed how being white made it easier to be an immigrant until I was much older. It was only when I traveled as an expat/digital nomad in my 30s that I came to terms with how my White Latina existence was actually a privilege.

I’m no longer blind to my white privilege and how it’s made things easier for me and my family to move around the world and get ahead. With my work in social media management, I’ve tried to look beyond my own existence and try to be as diverse and inclusive as possible in my language and content output.

As a mom, it’s my job to impart my children with the right knowledge of how and why their life is privileged. On this front, I can’t say I’m doing a great job. My kids need more first-hand experience with other realities of human existence. So, as a way to teach them about white privilege, I put together some resources to help.

Here are some tools:

Since I am a visual person, I collected infographics and illustrations to get the point across.

First, I found this infographic, visualizing one of the most important articles about white privilege, written by Peggy McIntosh. The infographic is by The Visual Communication Guy and I think he did a great job. The context is based around the United States but the teachings apply to any white person anywhere.

Here is a series of illustrations titled, A Guide to White Privilege. It simplifies the most important aspects but I feel like the biggest point is that white privilege is tied to racism in a very close-knit way. On the last slide, the artist includes suggestions on what to do with your white privilege.

This next video is a TEDx Talk by Lillian Medville who created a card game called Your Privilege is Showing. Her talk is a great starting point for those of us that need to learn about accepting and acknowledging privilege. Not just white privilege but also societal privileges like gender and socio-economic.

I am considering getting a copy of her card game. I’m interested in how it might help both in my work and with my kids’ relationships with all humans.

And finally, this article, written by Gina Crosley-Corcoran, titled Explaining White Privilege to a Broke White Person. It’s a personal reflection about recognizing white privilege when it’s difficult to see it.

After all of that, here is a white privilege test that anyone can take. It was created for British people, but applies to anyone. How will you score?

What’s your take on white privilege, either in the US or elsewhere in the world? Do you have a personal experience you’d like to share, from either side of the coin?

This is an original post to World Moms Network from our head of Social Media & Technology, Orana Velarde, in the Ukraine. The images used in this post are attributed to their links.