Archbishop Desmond Tutu: A Man Who Changed The World 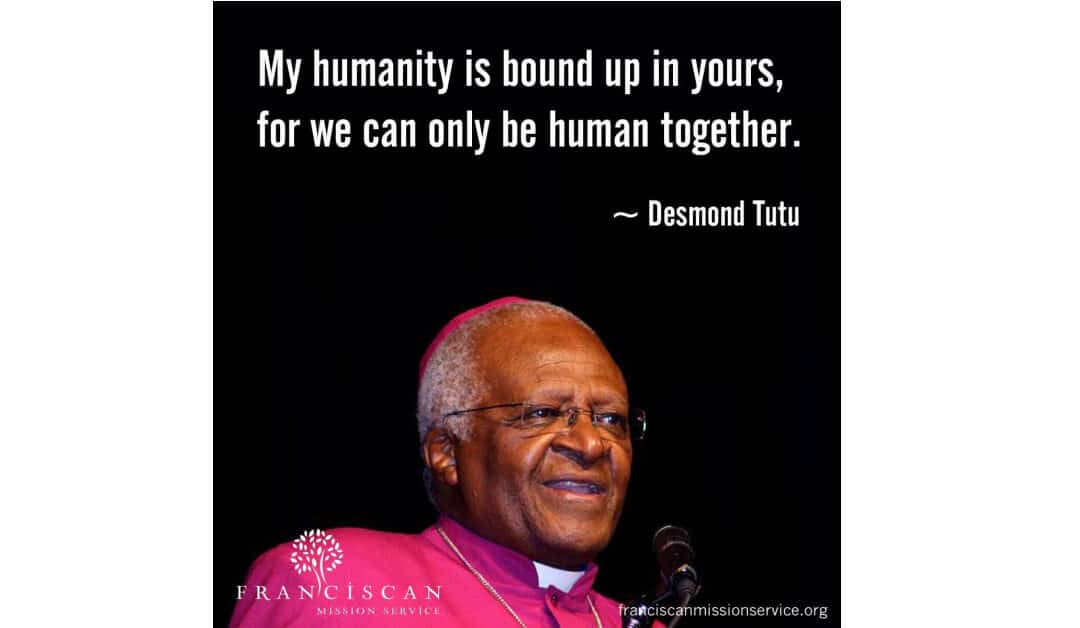 Many years ago, when I was still living in South Africa, I was on the organizing committee for a national conference at which Archbishop Desmond Tutu was the keynote speaker. There were about ten of us on the committee, and we were all unspeakably excited at the prospect of an in-person meeting with this great man.

All of us had witnessed in real time the dismantling of Apartheid. Desmond Tutu played a major role in this process, and he helped shape the landscape of post-Apartheid South Africa. He was, without a doubt, one of South Africa’s greatest heroes.

At the time we were putting the conference together, South Africa was still a fledgling democracy. The first democratic election in which everyone had a vote was still a fresh memory, and the nation was in the early stages of its healing. Desmond Tutu was a bright light that all of South Africa’s people looked to for guidance.

On the day of the conference, the committee members were assembled in the room that had been allocated as our centre of operations. This was where the logistics happened, it was where we took our coffee breaks, and it was where we greeted the speakers and presenters.

When word reached us that Archbishop Tutu had arrived in the conference centre parking lot, we arranged ourselves in a line down one side of the room. We knew that Archbishop Tutu would only be there for a few minutes before he was whisked to the auditorium to deliver his speech. Each of us would have the opportunity to shake his hand and have a brief exchange with him.

I was standing beside my friend Dave, who seemed unaccountably nervous. There were little beads of perspiration on his face, and he was jiggling his leg so much that I kept nudging him to stop. As momentous as this occasion was for me and the other committee members, it was doubly so for Dave. He was the only Black person in the room, the only one whose life had quite literally been saved by the demise of Apartheid.

When the door opened and the Archbishop was ushered in, he instantly won all of us over with his grace and charm. He moved down the line of people, engaging everyone in a brief conversation, presenting himself not as a global celebrity but as an equal. When it was my turn, he grasped my hand with both of his. I told him what an inspiration for change he was, and he told me that I had the power to change the world in my own way.

He moved on to Dave, who was standing dead still, looking absolutely terrified. Dave managed to extend his hand for the Archbishop to shake, but he was unable to utter a single word. Archbishop Tutu told Dave he was a trailblazer for the generations to come, and Dave just – stood there. When the silence was on the verge of transitioning from mildly awkward to downright uncomfortable, the Archbishop started moving to the next person.

All of a sudden, Dave blurted out, “You’re a lot shorter than I thought you were going to be!”

There was a beat of stunned silence, followed by a guffaw of laughter from the Archbishop. He shook Dave’s hand again and moved on to the next person.

When all was said and done, I said to Dave, “You had the chance to say one thing, and that was it?”

It was true. Well, kind of true. Archbishop Tutu was small in physical stature, but he carried himself as if he was ten feet tall. He was one of those people whose presence could fill an entire stadium. We saw on multiple occasions how he could sway the sentiment of an entire nation with just a few words. In a country that for decades was torn apart by racism and government policies designed to pit groups of people against one another, Archbishop Tutu’s message was one of peace and unity.

Desmond Tutu believed in the interconnectedness of all humans. He promoted the message that everyone has value, that the path to peace lies in talking to people whose views differ from our own, and that there is strength in diversity.

As South Africa – and the world – reels from the loss of this great man, we can take comfort in the fact that his legacy will be with us forever. He leaves behind lessons that all of us can teach our children as they strive to make their own marks upon the world.