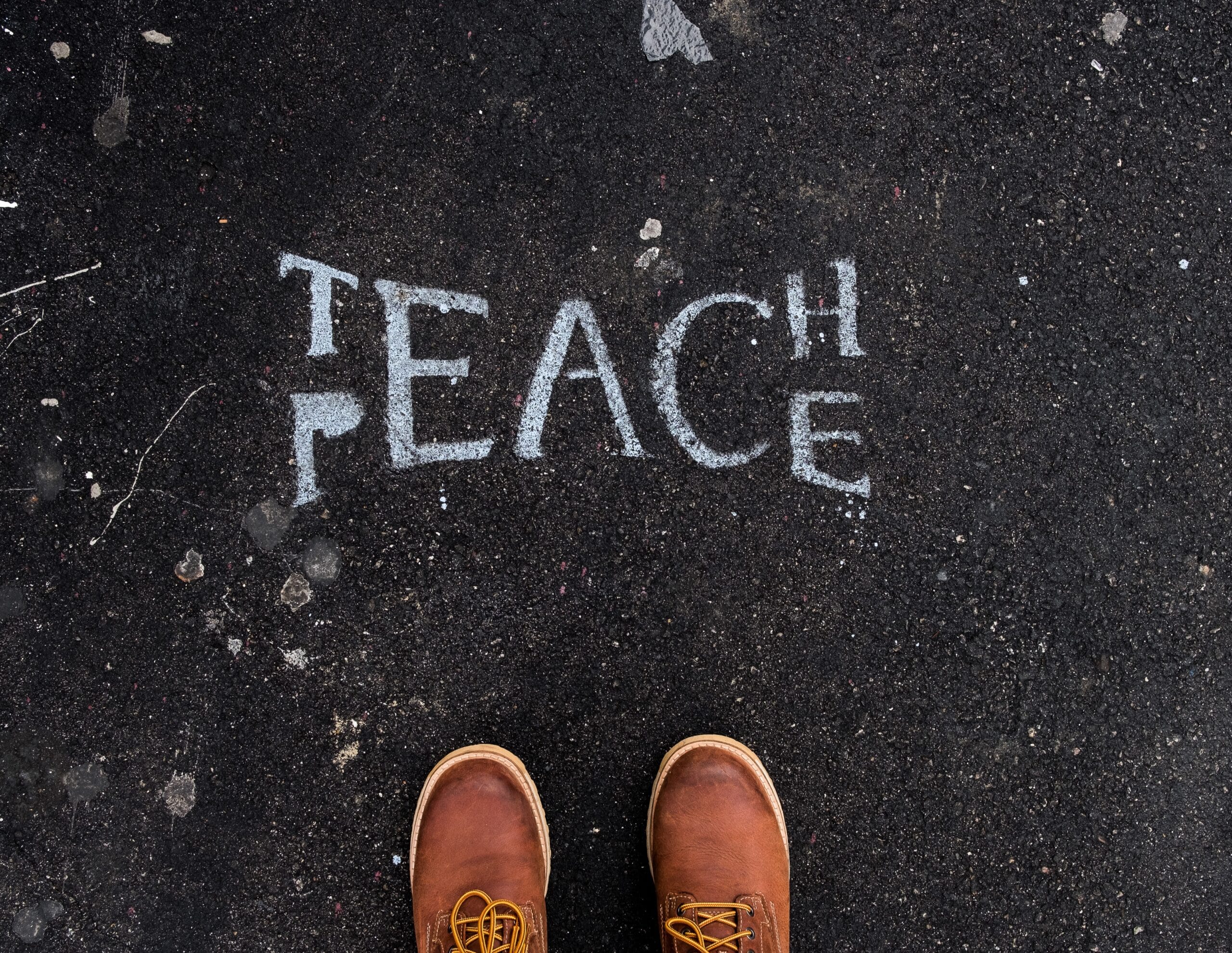 What Our Words Can Do

What do you think about when you hear I am from Israel?

(Don’t worry, I am not about to get into the Israeli/Palestinian conflict. But the fact that we go there, and not usually in a good way, is kind of my point – and what I am going to talk about.)

It is exciting and a real privilege to be part of an international community – it’s one of the blessings of our generation, the ease with which we can interact with anyone, anywhere in the world. But what is it that we will use this power for? What benefit can we create with this gift we have been given?

I have started about 10 different articles – for this – my first communication with all of you amazing people – and none felt exactly right. I love writing humorous pieces or sharing little moments of my life, but I feel that I first want to share something else. This.

Everywhere we turn, it feels polarities are gaining strength and becoming volatile. Either you are with us or against us. So often when people speak about a person with whom they don’t agree, it’s with vehemence, or even with hate. Sometimes it’s because those opinions themselves are so extreme that they feel anathema to the values which we hold dear. It’s not as easy as just to say – accept everyone when some of those opinions or thoughts feel so wrong – and harmful.  So that’s where we are today, and it sucks.

I don’t think I really ever experienced anti-Semitism in my life. Except for once, when I was in middle or high school, someone dropped pennies in front of me, but I didn’t even know what it meant and the boy with me knew and started swearing at the perpetrators and I think at the time I was more shocked by the way he spoke. (Apparently, they throw it because Jews love money so if I bend down to pick it up then it shows how desperately greedy I am. Even if I pick it up to give it back, which is kind of what I was thinking of doing until I was told why they did that. I was incredulous. How could someone look at me and want to do that?) This year, in some liberal spaces, which is always where I have always felt most at home spiritually, I have seen such venomous anti-Semitism, towards me, that, although it did not insult me per se, I am old enough and maybe thick-skinned enough to not be personally insulted by keyboard warriors, but the hate, it shocked me to my core. And yes, I know the Israel issue isn’t necessarily anti-Semitism, but the conversations I am talking about were purely anti-Semitic. I have never felt anything like it.

And let’s face it – if those people who spewed hate at me really wanted to change something – would their calling me names make me change my beliefs? Would their wishing me dead make me go away? None of this does anything but make us more extreme. “Ah, you hate me. Ok, then, I will go in my corner and hate you…! Do you say awful things about me? I will say worse things about you!” Kind of back to 2nd grade. But it’s human nature. It feels scary to be sidelined, maligned, misunderstood, lied about. It doesn’t make someone want to engage, love, understand – it makes them want to hide, defend, protect. And this is true for anyone: democrats arguing with republicans, socialists arguing with libertarians, conservatives arguing with progressive. The more we polarize, the more we hide in our corners and send daggers out, to protect ourselves.

So where does that leave us? Good people of the world who want to change the energy? How can we create change in a real way, in a way that doesn’t disrespect anyone, that includes and connects rather than separates and polarizes?

There is one thing that I believe in with all my heart. It’s something that I spent years trying to implement and figure out. This thing is the power of our words.

Words create. In the Old Testament, we are told this straight out – with no filter – God spoke the world into being. And then, it continues to say something that we don’t always remember: that we were created in God’s image, and therefore, we also speak our worlds into being. And the Old Testament is only my most convenient source material for this information – it is everywhere, and not connected to one culture or another. I have encountered this theory, this knowing, in so many of the traditions and cultures I have become acquainted with in my life; the power of words to create is a universal belief. It’s a human power.

The way we talk about something absolutely affects what exists. I have known this for all of my life and still, I don’t always know how to implement it in real time.

In a lot of our self-help seminars we talk about this. Many of us use these concepts to help ourselves change our lives.

On a personal level, this means –

We can’t have what we don’t believe we can have.

We can only create what we imagine. And once we imagine our dreams, we need to speak them into being. Think about your own life and you will see how true this is. The things that exist aren’t necessarily what you have wished for – but what you believe you could have and what you have spoken about – and then taken action on. The action is of course important. But the belief and the words always come first.

And I always think – this is just as true on a societal level. We spend all our time in fighting injustice, angry at what’s wrong – but how much energy do we spend building what we want – with our words?  I do it myself. I get angry at a political leader – and rile against things that I think are harmful. But how much do I concentrate my thought power, my incredibly creative and powerful thought power, to imagine what I want into reality? Why don’t I use my words to talk about what I do want instead of complaining about what is wrong? What would my world look like if I did that religiously and with intent?

There’s one more thing I want to talk about – it’s connected. I have a great friend. I genuinely love him dearly. (I was going to write “but” – but the proper term is “and”) – and we are diametrically opposed politically. I sometimes read what he writes on Facebook and I visibly cringe. I can’t understand how he thinks that way. I don’t like talking politics with him because I know we aren’t going to convince each other – but sometimes he really corners me into a conversation – and while I vehemently disagree with his conclusions – I discover that his reasoning is not as “evil” as I worried. He is not basing his ideas on a nasty world view but a difference of belief in how to achieve good for all. And so, in this, I discover that there may be a way forward – there is enough common ground to build a future. Because the result that we both want is a good future for all. We disagree – vehemently perhaps – at how to get there.

There is a concept in Judaism (probably in other cultures too – I just don’t know it from elsewhere that says “dan lekav zechut” – when we are appraising people, we should judge favorably, we should expect that they have good reasons – try to see them in the best possible light. Now, this is hard to do – we get angry at the person who cut us off in the road and it’s hard to think – oh, he is probably running home to pick up his sick child from school. But that is the idea. To try and judge favorably. Even in the most unlikely situations. When someone writes awful things about me and my people – like really awful – don’t run into my corner and think – what an evil person. What a monster! But, turn it around. This person is speaking from the knowledge that they know and coming to harsh conclusions. This person is speaking from a place of trying to do good in the world – but they haven’t been able to see me. Now, this doesn’t mean I accept the bad but I use my energy to send love to this person – not to send hate. I don’t descend into the spiral of sending hate as a result of hate. Now when I say “I send”, this is of course a figure of speech. I should be writing – I try. Sometimes I succeed and sometimes I don’t. This is a work in progress. It’s where I am aiming. It is what I know to be the building blocks of crystallizing myself to transform my world.

And so this is my practice, and I share it with you. This is what I work on in order to create a world that I want for my child. Using my words to create what I want and when I meet the opposite, “dana lekaf zechut” I do my best to send good energy and judge favorably. And in a place of conflict, I send my energy to creating the best possible result for all involved. I don’t waste time “knowing the answers” – but send my energy to creating peace and happiness for all sides and let God or the universe – whatever we believe in – take that energy and turn it into gold.