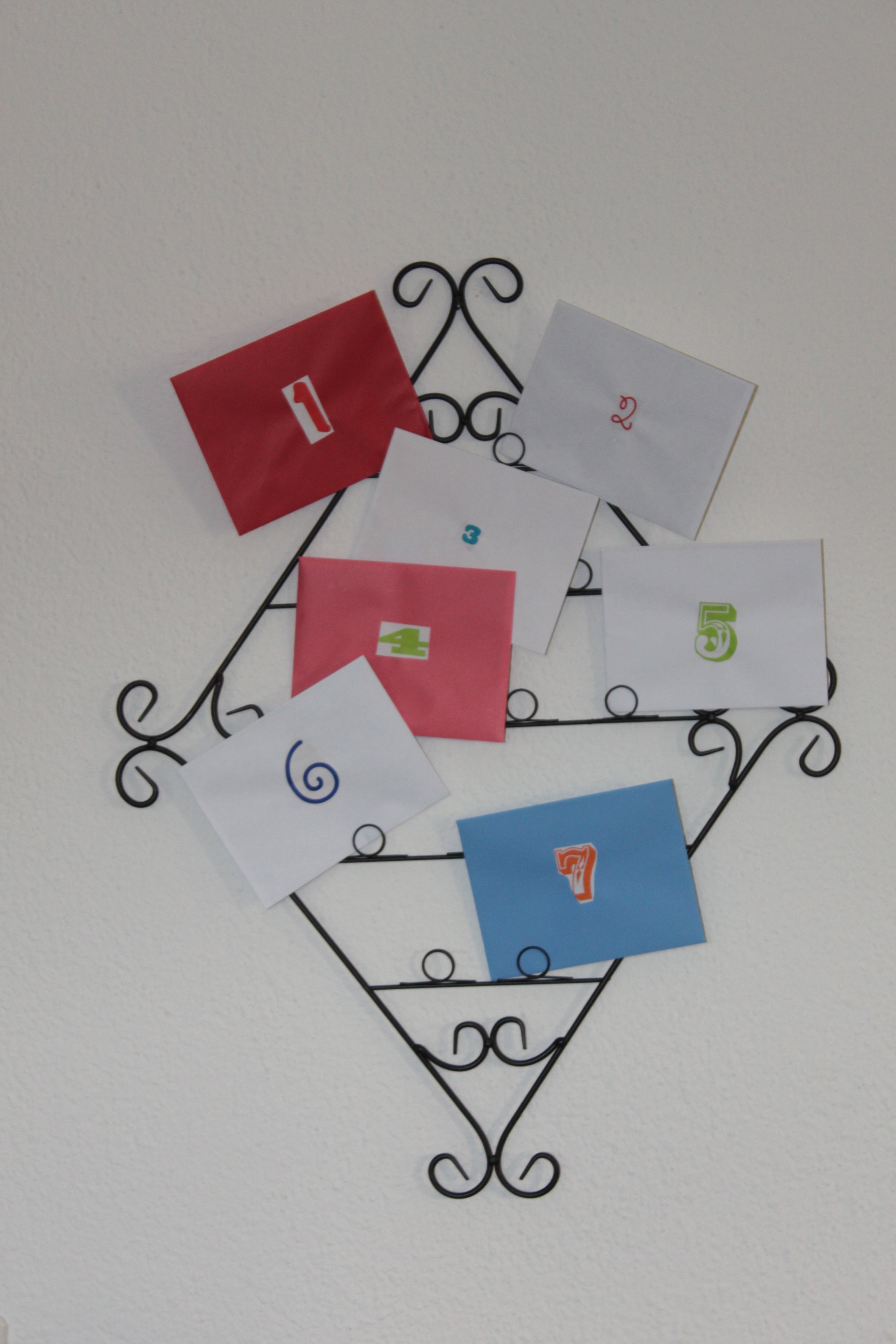 A few months ago my grandfather passed away and up came the dilemma of who should make the long trip back to the US for his memorial service.  After searching flights that were FAR too expensive and envisioning 2 jet lagged little ones attempting big family events, we decided it would be wisest for me to make the trip alone.

Super dad agreed to take sick leave and have “adventure camp” with the boys while I was away. They were set.  But what about me???I absolutely hate being away from my husband and kids.

Give me a girl’s night out or a short weekend away and I am loving the breath of fresh air, but crossing the ocean and times zones makes me a nervous wreck.

In the week leading up to the trip I could tell that our 4 yr old Jackson was becoming more anxious about my leaving, so I tried to get creative about what I would do to help him mark the time and enjoy his time anxiety free. What I came up with wasn’t anything amazing or novel, but it was something that brought them comfort while I was away and also helped them fill those many hours.

I wrote a card for each day I was gone. I put a big number on each card, so they would know which to open each day. And then I told them they couldn’t open it until after nap. That way they had already survived most of the day, and I figured I would throw my husband a lifeline and give them an afternoon activity during those “witching hours”.

In each envelope I wrote the boys a letter telling them how much I loved them, and then I told them to hunt for something around the house. One day I hid a box of blue jello (a big treat) and a cheap Ikea fish ice-cube mold. Another day, I hid a puzzle that I had stored away for a while, and I knew they would be excited to see it again.

And another, I hid watermelon slice ice cream in the freezer. They had begged for them all summer, and I knew it would be a fun distraction. And yet another day I tied up some of our books about nature and told them to take the bug dictionary into the forest on a hike and to look for bugs.

Yet, another day, I told them to ask daddy to google manatees and dolphins on the computer. I was in Florida, and I knew it would be fun for them to see some of the things I was seeing. Again, none of these ideas were novel, but they kept them busy and were reminded that I was thinking of them even when I was away.

Each day I would call to check in, and my 4-year-old would enthusiastically tell me about their treasure hunt and how many cards were left. He was able to see that he only had so many sleeps left.  Truth be told, the letters and activities were just as beneficial for me as I prepared for my trip, as it was for them while I was gone.

I felt like I was able to slow down and instead of being anxious and nervous about my travels, I was able to do something useful like tell my family how much I loved them.  If you try this out, don’t feel pressured to go out and buy a bunch of stuff. Keep it simple and make the focus on your family feeling loved!

When you have to be away from your children what do you do to feel close despite the distance?

This is an original post to World Moms Blog by Kristen Kolb in Switzerland.  Kristen can be found on her blog, Seasons Worth Savoring.