NEW ZEALAND: My do it, MYSELF! 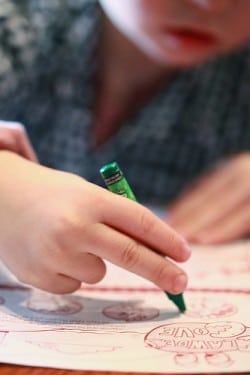 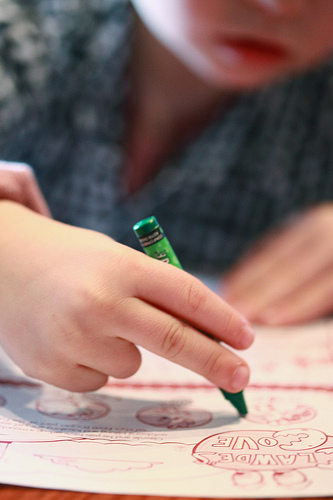 Call it Mummy amnesia, but I’m certain that our older two children were, well, older when they began to insist on doing things “myself.”

Our lovely Mr Butterfly is the grand old age of two and has insisted on doing things himself for a few months now. Once again I am faced with the mixed emotions of delight (that he wants to do things for himself and often can) and horror (at the things he wants to attempt).

Climbing has been a regular fixture in our family. Mr Hare (nine) spends a good portion of his life a-top tall trees, and Mr Owl was months old when he began climbing chairs to get on to the top of the dining table. I have strategies (mostly involving selected blindness and deep breathing) for dealing with the climbing.

It’s been a long time since we’ve fed Mr Butterfly, and cleaning up the mess beneath his chair, on his chair, beside his chair, on the front of the table, the side of the table and the top of the table, are simply part of my regular after meal routine. We have plasters and hugs a plenty, so in our house small people using scissors and knives is really no big deal.

There are some things with which I struggle, however, and I really can’t wait for Mr B to learn properly. There’s the pouring the milk from the bottle (sometimes 3 litres) or tipping from the  (1 kg) yoghurt into his own cup. We have only had two large messes with these, and he’s becoming pretty efficient already, but I narrowly saved our carpet last week when he was about to pour milk while squatting on the pale grey carpet…

…And I could happily live without the, “my do it, MYSELF!” when it comes to tipping the contents of his portable potty down the toilet. (Yes, there are times I insist that it’s  “Mummy’s turn”.)

All this ‘advanced’ independence had me thinking: why are younger children often so much more independent than their older siblings. Yes, there are temperament differences between our children – it could be that. I ate more fish-oil during his pregnancy than I did with the others – it could be that. I did regular body-crossing exercises with him when he was a baby, which I hadn’t done with the others – another possibility. The reason most people give me, though, is that he has the older boys to emulate.

Which raises an important question: for those of us who don’t live with extended family, are our oldest children disadvantaged by not having older kids around them all day and every day?

What do you think? We’d love to hear your views.

This is an original post for World Moms Blog by Karyn Van Der Zwet of Napier, New Zealand. You can follow Karyn on her own blog http://kloppenmum.wordpress.com, on facebook (Karyn @ Kloppenmum) or Twitter (@kloppenmum).