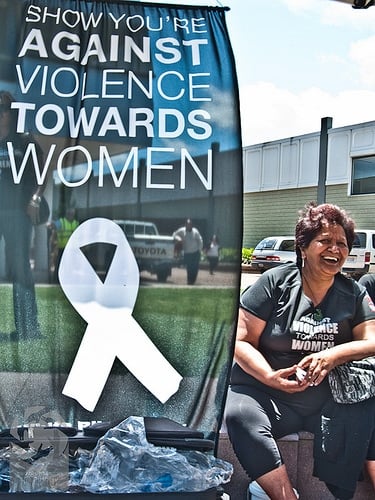 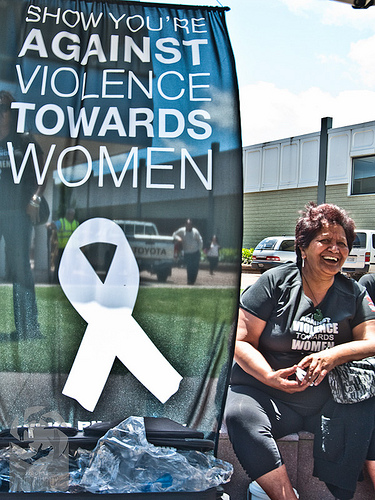 When we first married, my husband could not understand where I had been. How could he? He was East, and I was West. It was a little joke between us, but in essence it described us in every way.

I was diagnosed with Post Traumatic Stress Disorder in my teenage years.  Suffering from (PTSD) meant (on the most basic level) that I was often jumpy and irritable, and if caught off guard, I would have an anxiety attack. I was also prone to black-outs. One of the first things that my husband noticed was that when he walked into the room (any room that I was in), I would jump and become frightened.

I didn’t realize that I was doing this, until one day he sat me down and asked why. I told him, it was nothing. As the strange behaviour became more intense, he was convinced that he was the problem. It put a huge strain on our relationship. Finally, I confided my deepest secret…I told him that I was an incest and abuse survivor.

What happened next was extraordinary — to me at least. It wasn’t just that my husband cried for me. He sat with me for hours speaking about everything. I saw tears in his eyes…on his cheeks. He was crying for me. No one had cried for me before. No one had ever acknowledged my pain. That was the beginning of our journey.

As a child, the abuse that I faced fit so perfectly into our daily routine that years later I could not function as a “normal” person. I believed that love came with a great price…I didn’t want it. I spent a good deal of my marriage being terrified and feeling loved simultaneously. I felt loved, because there was a lot of love from my hubby and his family, but I could not accept it. Alternately, I was terrified that something would make the good in my life go bad.  I just couldn’t understand why anyone would choose to love me.

My husband didn’t tell me to just get over it, he helped me through it. It was my husband who took the responsibility of speaking to and educating the girls about sexuality, abuse and self-love. He was not embarrassed. He did not downplay the impact of abuse in my life. He did not position himself at the center of my pain. He spoke from his heart…he took charge, and spoke as a man should speak to his daughters with compassion and love. It’s not that I didn’t want to do it, it’s just that I was broken and ashamed at times. He helped me through that, as well.

In my husband’s culture many men would not be so strong. There are too many men and families who link female sexuality with male honour, and seek to “preserve” this honour by discarding of the victims as they see fit. They would not have the guts to acknowledge, much less speak about any type of violence against women. Even knowing that sexual violence against a female child is in no way her fault, many would certainly not want to be married to a woman who “had a past.”

As a victim of violence, I have supported this initiative for a few years, and I have always pushed my husband to get involved.

It was only recently that I began thinking about MY journey that I realized that my husband has done more than his share of making a deep impact in the lives of women. He does not condone violence against women. He believes and has proven that honour is not gained when we hurt and demean others, and that there is no secret or shame in speaking about sexual abuse.

How have the men in your lives made an impact?

Photo credit to Photographers for Charity. This photo has a creative commons attribution no derivatives non commercial license.