NEVADA, USA: The BSA is taking the easy way out 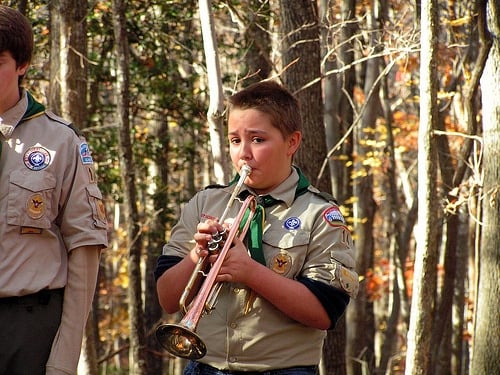 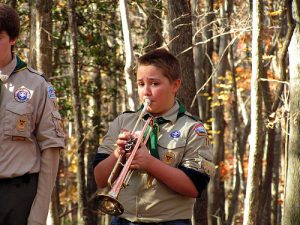 Between the ages of 4 and 16, I was a Girl Scout. I sold cookies, calendars, cans of nuts; went camping, learned to tie knots and start campfires; made new friends, crafts and sewed badges on my vest (or, rather, my mom probably did that one). I completed my Silver Award, but dropped out of the Scouts before I could reach the Gold Award. Being a Girl Scout wasn’t cool, and I gave it up.

Considering I only had one more project to reach the top of the Girl Scout pyramid, I’ve always been slightly disappointed in myself for quitting. The organization was fun, and it was a place where I developed close friendships. I even worked for a short period of time at the local office.

I always imagined my own children would be Scouts. I imagined camping trips, teaching them to tie knots (I used to be really good at tying knots), helping them earn badges, and watching them make a bunch of new friendships that would last the rest of their lives.

When I had a son, I figured I would eventually be signing him up with the Boy Scouts. I’m not the Den-mother type of mom, but I would help out when needed. There was no question about it. I remembered my brother being a Scout, and I thought it would be a great opportunity for my own son. There is so much children can learn by being a part of the Scouts. Not just the skills like starting campfires and building derby cars, but learning self-reliance and that each person is an important member of society.

After years of naively believing all Scouts were created and treated equally, imagine my shock the first time I found out that the Boy Scouts of America (BSA) was an anti-gay organization. I was devastated, because that sealed the deal for me. I would never associate with what I see as a hypocritical organization. Right on their website, the BSA claims that scouting “provides youth with a sense that they are important as individuals.” Did I misread it? Are they only important if they are heterosexual?

I read an article on CNN.com last week that says the Boy Scouts are reconsidering their policy against gay membership. In the grand scheme of things, I would be elated if they would stop the ban on gay members and leaders. But the truth is, the national office seems to be taking an easy way out. Instead of removing the ban on gay members and leaders, local offices would be able to make their own policies. So, in reality, if a homosexual boy wants to join the Boy Scouts, his local office can still choose to ban his membership. How is this celebrating individuality and the importance of every one of our young males?

I think the national office should allow gay members and leaders. They need to make the responsible decision and not be hypocritical. If you believe in supporting young males’ belief that they are important as individuals, then you must support all young males. Stop living in the ignorant past.

Knowing the ignorant and conservative past of this organization, I doubt my son will ever be a Boy Scout. This saddens me, but there are vast differences between Boy Scouts and the Girl Scouts that I had such a wonderful experience with. I’d rather he be with a group of people who will support and love him, no matter his sexuality. Maybe I’ll get him to join the Girl Scouts. They’ve seemed to always make good on including whoever they can.

Update: As of February 6, 2013, the Boy Scouts of America have decided to postpone making a decision on this matter until May. This is utterly ridiculous. This antiquated idea shouldn’t even be an issue at this point. Gay people are just like straight people. Once again, the BSA is proving to me that their organization doesn’t have what it takes to do what is right.

In a statement on the Chicago Tribune, the Boy Scouts said, “After careful consideration and extensive dialogue within the scouting family, along with comments from those outside the organization, the volunteer officers of the Boy Scouts of America’s National Executive Board concluded that due to the complexity of this issue, the organization needs time for a more deliberate review of its membership policy.”

Due to the complexity of this issue, the organization needs more time? You know what would save a lot of time? Ending the ban. Plain and simple. Stand up for what’s right. Equality.

What do you think about the Boy Scouts of America and their postponement of a vote?

The photo used in this post is credited to vastateparksstaff. It holds a Flickr Creative Commons Attribution License.