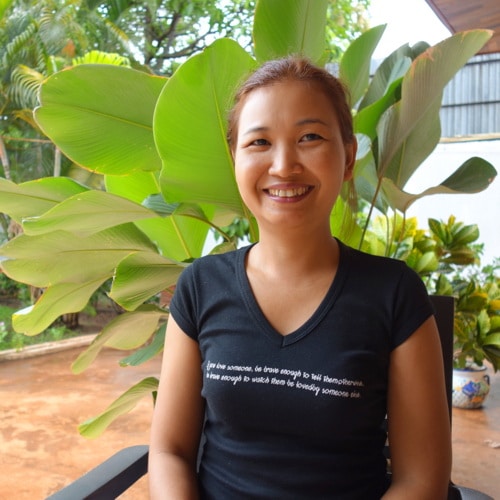 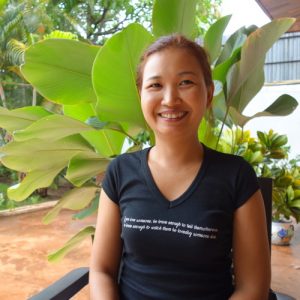 Peng is a soft spoken but opinionated housekeeper who is meticulous, professional and very kind. Like many of her peers, she switched careers to become a housekeeper because it pays more money. After finishing high school, her father paid for her to attend trade school to become a trained cook, after which she began working a stable but odd hours catering job in a big hotel here in the capital city of Vientiane. Despite her burgeoning restaurant career, after one year Peng’s father advised her to become the housekeeper of his then foreigner boss instead, not only because it paid more but offered more reasonable hours and a nice environment in a large, well appointed home. She hasn’t looked back on her restaurant career and still agrees today that being a housekeeper for foreigners pays more than restaurant work as an assistant cook, even in large establishments.

The only time Peng has stopped working was when she became a mother to her daughter, Cofie, and raised her at home for her first four years. Cofie was born in 2001, in a small hospital near Peng’s house on the outskirts of the city. Peng said that she chose this particular hospital to give birth because it was close by and not as crowded as the main government run Mahosot Hospital. And good thing that it was nearby her home because she was turned back twice within two days after her initial contraction pains started. END_OF_DOCUMENT_TOKEN_TO_BE_REPLACED