SOCIAL GOOD: Women on a Mission to Reach Higher Ground 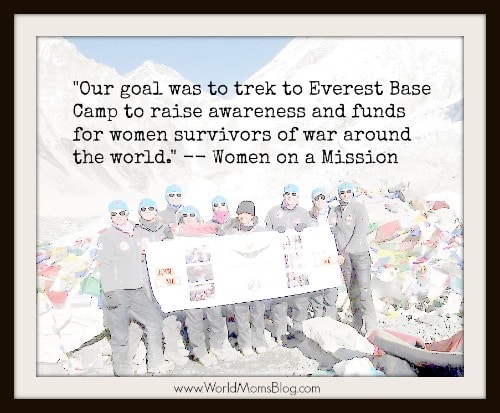 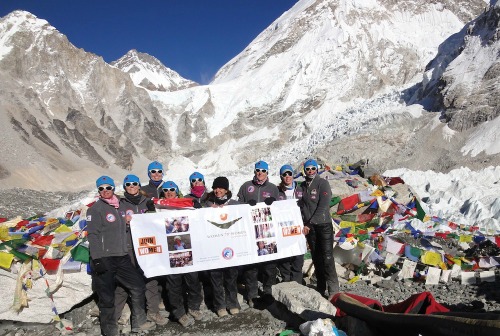 – An All Female Team’s Journey to Everest Base Camp –

There are unique opportunities in life that come your way, and at first you may not realize how meaningful they are. We often get so caught up in the hustle and bustle of our daily schedules, that when these new possibilities cross our path, we sometimes miss them altogether. My trek to Everest Base Camp was one such life-enriching journey that I was fortunate to experience with eight other dedicated women. Our experience last November will count, without a doubt, as one of the highlights of my life…

As my teammates and I clambered up the final few meters of uneven ground onto the shifting moraine leading to the Base Camp of Mount Everest, a surge of elation filled our racing hearts. We had succeeded in accomplishing our goal as a team; and as we embraced and congratulated ourselves with moist eyes and throats tight with emotion, we took in the incredible view of this symbolic place.

The Base Camp of Everest is an emblematic site, from which countless attempts on the summit of the goddess of all mountains, Mount Everest, have been made, and continue to be made every year. It commands nothing but respect and humility.

Just standing there, a little breathless from both the excitement and the 60% oxygen levels in the air, gazing admiringly at the Khumbu Icefall rising jaggedly before me, and surrounded by majestic snowy peaks…. it’s hard not to imagine the legendary climbers that must have treaded very close to where I was standing. Just over half a century ago, Sir Edmund Hillary and Tenzing Norgay first climbed Mount Everest in 1953, using this south col route, forging a path through the treacherous Khumbu Icefall, at our very feet.

My teammates and I had been dreaming of and training for this moment for many months.  Despite the sun shining brightly in the cloudless azure sky, at 5,364 metres of altitude, it was already a chilly -3 degrees.We didn’t have much time before the sun would move behind the mountains and the temperatures would plummet to a crisp -15 degrees. So with a bit of haste we unfurled our various banners, and took the pictures we had been planning to capture. 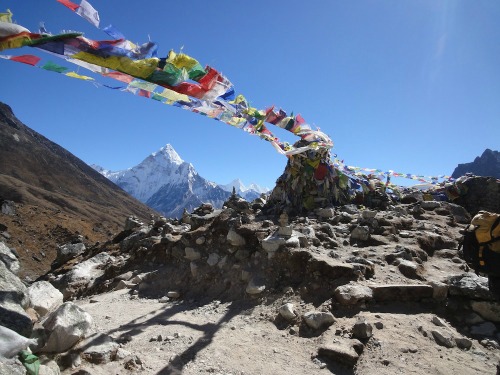 The long days of non-stop trekking had taken its toll on our team. Three of the members of our group fighting illness had been put on antibiotics, and two others had to be put on oxygen at the last stop – Gorak Shep (5,164 m). They had been enduring pounding headaches for the last three days, which didn’t disappear with the intake of paracethamol. This was a sure sign of altitude sickness – an ailment not to be taken lightly. Just that morning, a French climber had to be airlifted from Gorak Shep because of this very condition.

We had committed to taking on this challenge to support a very special humanitarian cause, so were motivated to continue once they were treated.

Our goal was to trek to Everest Base Camp to raise awareness and funds ($100,000 SGD to be exact) for women survivors of war around the world.  And throughout the journey, during the more strenuous moments of the climb, this calling had guided us and given us added strength and endurance.

Thinking about these destitute women, who had lost everything because of war and conflict, helped us focus on the task at hand.

The journey to Everest Base Camp can take approximately ten days to two weeks, depending on how many days of acclimatization you allow. This trek is classified as moderate to difficult, but it isn’t the terrain or hours on the trail that are the real difficulty (between five to eight hours on average per day depending on the itinerary) – it’s the altitude itself.

You start out from the village of Lukla (2,800m), a short scenic flight from Kathmandu, landing at Tenzing-Hillary Airport – incidentally considered one of the most dangerous airports in the world. The single runway is 460 by 20 metres (1,510 by 66 ft.) with a 12% gradient. On one side you have the mountains, and on the other, sheer nothingness – a complete drop.

The trek is also a deeply spiritual journey in the land of the clouds. As we progressed through the various villages that took us to Everest Base Camp, we came across a multitude of temples, monasteries, prayer wheels, stone tablets depicting the life of the Dalai Lama.

It’s impossible not to feel that sense of peace and spirituality emanating from the very ground, which is only enriched by the stunning backdrop of the Himalayan mountains.

The Nepalese people with their warmth and kindness touched our hearts forever. We returned home with a deep sense of fulfillment and gratitude to have been part of this team of determined ladies, supporting other women in distress. Each and every one of our teammates believed wholeheartedly in our chosen charity’s mission and objective. We embarked on this journey to support other mothers, daughters and sisters whose lives have been ripped apart by the horrors of war.  By helping them surmount and climb their own personal “Everest” against the injustices of this world, we felt we were standing in solidarity with them, and it filled our hearts with more courage and determination.

The trek to Everest Base Camp is an adventure of the highest sort. It simply is wonderful to realize how much we can accomplish when we have the courage to leave our comfort zone, and when we dare to leap a little further…. We are just like you, ordinary people, who want to do extraordinary things. In our hearts, we know we can make a difference, one person at a time. 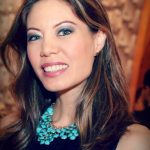 To find out more about Women on a Mission please visit www.womenmission.com.

This is an original  post written for World moms Blog by guest writer Christine Amour-Levar. She is a Freelance Writer and Marketing Consultant currently based in Singapore. Christine is the Author of The Smart Girl’s Handbook to Being MUMMYLICIOUS – a motivational and practical guide to getting your body (and your GROOVE) back post pregnancy. 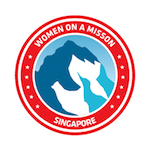