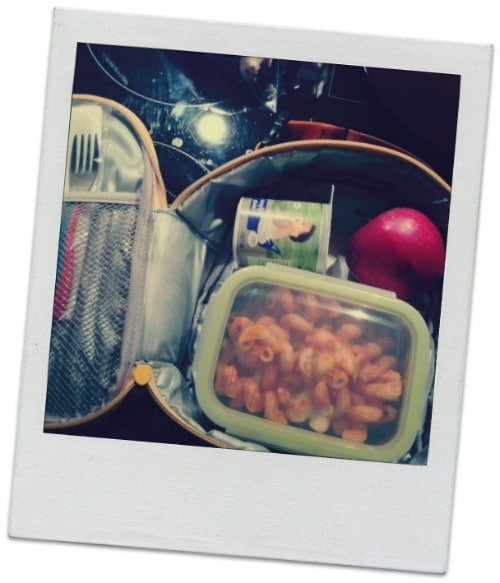 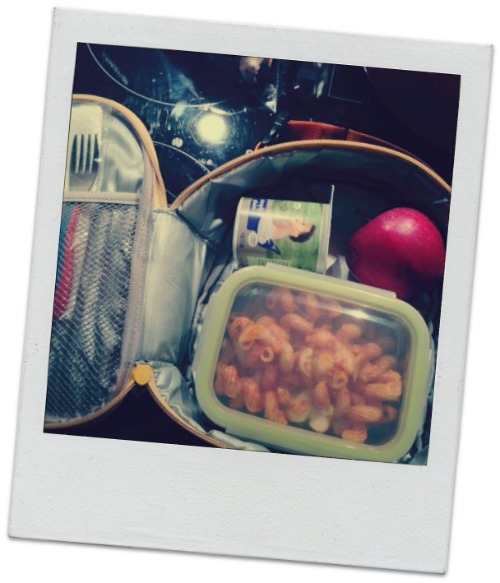 I wouldn’t mind if they had the same organic, fruit and vegetable laden options that I would provide, but they don’t.  Apparently they get organic “when they can”, and they try to make the parents feel better by saying that there is a “salad bar” available to the kids with baby carrots, tomatoes, cucumbers, hard boiled eggs and such available.  They also have a “sandwich bar” where the kids can have their choice of bread like white sliced bread, bagels, whole wheat sliced bread, etc. (my kids have never had white sandwich bread in their life).  They have cold cuts (I don’t ever buy cold cuts at home, since they are full of nitrates and sodium, if anything I would get fresh cooked chicken or turkey and slice it for a sandwich), and butter and jam available.  They always have some kind of breakfast cereal (non-organic, mind you), and milk, juice, chocolate milk available to drink.  Now to be fair, they have a “hot food bar” available as well, where the kids have a selection of hot foods available usually consisting of some protein, starch, vegetable, a soup, perhaps some pizza or pasta.

We have been working very hard trying to teach my son how to eat “right”.  We are teaching him that fresh fruit and vegetables are so important for his health and his growing body.  We are explaining to him how too much sugar is really bad for him and how organic is always a healthier option when it’s available.

And now here he is, 6 years old with carte blanche to get whatever he wants!  Woo- hoo it’s party time!  He has been choosing to have a raisin bagel with butter, and a bowl of cereal with milk everyday.  He is choosing to drink juice or chocolate milk every day.  Occasionally he is supplementing it with some chicken nuggets or pizza.  Even less often he added a couple carrot sticks, or a hard boiled egg (Of which I am ecstatic!).

I spoke with the school’s director and asked her why they offer the cold cereal, which has  minimal nutritional value). Why would they offer kids juice and chocolate milk, which is full of sugar?  Why not just provide water?  Her response was that the teachers are “monitoring” what the kids are eating and that they will have a study on nutrition soon, so that they will be able to make a smart decision.  I question what kind of smart decisions can be made when foods with little or no nutritional value are even being offered?  Don’t children learn by example?  If so wouldn’t it be prudent not to offer these options to the students?

This fell on deaf ears.  She made up excuses and gave me examples of students really taking advantage of this new found responsibility…probably trying to make me feel better – it didn’t.  So now, instead of having the pressure of making his lunch, I have to worry about what he is going to choose to eat for lunch.  I have been talking to him about the lack of nutrition in eating a bagel and bowl of cereal every day.  I always thought that school was supposed to be a “partner” in raising your child, but what if one of the values that you feel so strongly about is the diametric opposite to you?

How would you handle this situation?  Have you every been in a situation where you disagreed with your child’s school?

This is an original post to World Moms Blog by Maman Aya.