AUSTRALIA: Who Will Protect Them? 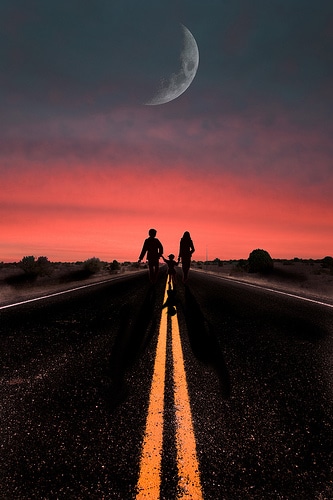 As parents I’ve always believed that all of us want our children to achieve their full potential and to do amazing things with their lives, we also never want for them to be fearful of anything, real or imagined.

But what happens when a child’s fear is not imagined and is in fact very real. When the one thing they’re most fearful of is the person who they should be able to trust the most?

A story in the news this week in Adelaide has parents—actually not just parents but every living, breathing individual—up in arms over the treatment of a four-year-old little girl in 2012, who died as a result of the cruel treatment dished out by her mother and her boyfriend.

As the story is told, they put this little girl on a 50kg motorbike and over a period of three days made her ride it around the backyard while they videotaped it for their own enjoyment. Despite her terror and numerous crashes, they kept picking her up and putting her back on.

A final crash into a tree at almost 40km/h caused serious injury and despite complaining of her injuries when they put her to bed they did nothing. The following day she slipped into unconsciousness and they waited a further eight hours before seeking help, turning instead to Google for answers about what to do when someone is unconscious. She died as a result of them not seeking medical assistance.

There are many more facts, there’s much more to the story and there’s also a history of social welfare intervention—but nobody actually stepped in and took this child away from her mother, nobody in fact did anything to save her despite their knowledge that things weren’t quite right.

This week, the mother and her boyfriend were both sentenced, with the mother receiving an eight-year prison sentence with a non-parole period of just under five years. That’s a measly year in prison for every year her child was alive.

It’s a pitiful and sad sentence but sadly I think it’s also indicative of the ‘hands off’ society that we’re now living in.

I understand that in this day and age we don’t want to get involved, we mind our own business and we look after our own. But I also think it’s a sad state of affairs when, as individuals, we shy away from getting involved when an innocent and trusting little girl is left in the clutches of such disturbed people.

I also think it’s a travesty of mammoth proportions that with all our laws and child protection agencies that nobody saved this little girl.

I know bad things happen to small children and it makes my stomach churn each and every time I hear about one of them. Little Chloe Valentine was just one of many, who as a society we all failed to protect. (Please be aware that I have not linked to any of the footage or the story as I find it too upsetting to watch or read about)

No I didn’t know her personally but as a parent who cherishes her own children and grandchildren it makes me sick to even hear about it. I will stand up and get involved when something is going on around me which I know to be wrong. These children are our future and just because they don’t have a voice doesn’t mean we can’t do something about it.

As a result of this case, Adelaide will see a total overhaul of child protection laws with an inquest into the failure of social welfare to intervene. For little Chloe, it’s a case of too-little-too-late, but one can only hope that we can all learn from this and prevent this kind of thing ever happening again.

I know that sometimes we should stay out of things which aren’t our business but in this case would you have gotten involved?

The image used in this post is credited to .craig. It holds a Flickr Creative Commons attribution license.