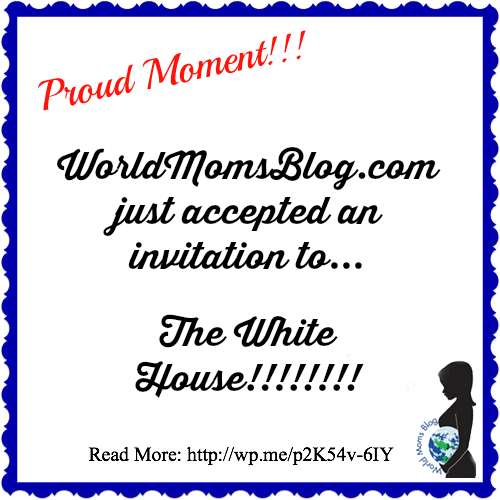 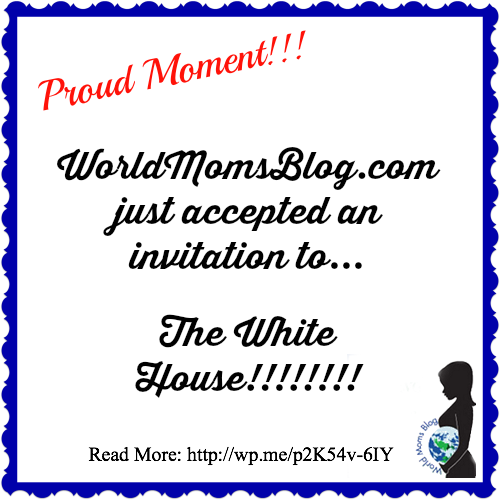 On December 9th, 2014, WorldMomsBlog.com, a global community for women that writes from over 20 countries on motherhood, culture, humans rights and social good, will join media influencers and top government officials at The White House in Washington, D.C. The goal of the discussions will be “to increase awareness among young people and encourage their participation in educational, cultural and professional exchanges.”

“I am extremely honored and enthusiastic to be invited into the conversation around millennials and global and cultural exchanges at the home of the President of the United States of America.” — Jennifer Burden, Founder of WorldMomsBlog.com

In 1993 Jennifer won a scholarship from her hometown of Brick Township’s Board of Education to live with a family in Japan for a summer during high school. Her experience through Youth for Understanding was life-changing, and she still remains close friends with the Miyaji family in Japan.

“We’ve attended each other’s weddings, watched our families grow and exchanged support during tragic events of September 11th, 2001 and the tsunami that impacted Japan in 2011. It has been a mind opening experience to have such a connection with a family elsewhere on the globe, similar to the connections we are now making to mothers through World Moms Blog.”, says Burden.

However, Jennifer is just one of the many WorldMoms Blog.com community with a story of an early experience abroad that has made an impact.  The invitation to The White House inspired us to ask our globally minded contributors about their early abroad experiences, if any. What we learned may surprise you!…

Our contributor, Ana Gaby from Stumble Abroad, is a Mexico native, who studied abroad in Canada during high school and in France in college. Karyn Van Der Zwet of Kloppenmum in New Zealand worked in London for four years during her 20s. And, Jennifer Iacovelli of Another Jennifer studied abroad in London, England while a junior at Syracuse University in New York, USA.

Dee Harlow, The Wanderlustress has lived all over the world and is now in Lesotho. She told us that during her 20s she was working abroad from the US in Singapore. K10K in Belgium of The Penguin and the Panther volunteered in Rumenia fixing up a local birth clinic and in Morocco helping to install an irrigation system in her early 20s. In fact, her husband proposed to her on that Morocco trip!

Kristyn Zalota of Cleanbirth.org went to Russia on an exchange just after the Soviet Union collapsed. And in college she did a semester in Luxembourg and went back to Russia after graduating and lived with a family. While, Kirsten Doyle of Running For Autism in Canada grew up in South Africa and lived and worked in Israel at age 23.  She started on a kibbutz and then worked on farms.

Elizabeth Atalay of Documama spent a summer in Israel at age 17 after high school, a summer in Bolivia as college student at age 19 and backpacked around South America for the summer at age 21 and for 6 months through Africa when she was 24. She also spent four months backpacking around Asia/Pacific at 26 after college pursuing her work as a documentarian!

Jennifer Prestholdt, The Human Rights Warrior, took a semester off from Yale University when she was 20 and enrolled as a Norwegian student at the University of Oslo’s faculty of political science. She also worked at a barnehage (day care center) when in Norway. During law school, she spent two summers living in Geneva and working at the United Nations.

Nicole Morgan of Sisters from Another Mister went to college in South Africa, then spent a year traveling Europe, where she backpacked through Italy, Greece and Turkey. She volunteered for a while with the YWCA, and then spent six months working in a London advertising/graphics company while waitressing at night. Polish Mom Photographer, grew up in Poland and worked as an au pair as part of a cultural exchange program in U.S when she was 26. She also worked as a waitress in London, England for 2 months when she was 21!

Susie Newday of New Day, New Lesson grew up in the US and went on a program to Israel when she was 18. She lived and worked on kibbutz, and now resides in Israel. And, Olga Mecking, The European Mama, grew up in Poland and studied french in Nancy, France for a month. She then went on to study in Germany for a year, went to Canada for 4 months and then moved to Germany. She has now been living in the Netherlands for the past 5 years.

Tina Santiago-Rodriguez, Truly Rich Mom, of the Philippines grew up and studied in Brunei from kindergarten to secondary school, and then went back home to the Philippines to attend college. After graduating, she became a mission volunteer for her Catholic lay community and was assigned to Borneo (East Malaysia and Brunei) and Timor Leste for about 2 years, to do ministry work for youth and kids. She was then assigned to Manila for a year, then to Timor Leste with her parents and fiance for another year, before getting married at 26. She returned to Timor with her husband as newlyweds and stayed for another 4 years or so before returning to the Philippines.

Nicole Melancon, the Thirdeyemom, studied in Paris when she was 21 and worked as a fille au pair (nanny) and French intern the following year. While, Hannah Ashton moved to the US from the UK when she was 17, went to university in the US, but did her junior year back in the UK. She ended up staying in the US for three years after she graduated. And, Erin Threlfall went to Germany to study at a university and then went volunteered at a refugee camp in Ghana, where she stayed for 11 years!

Sophia Neghesti Johnson of Think Say Be from Tanzania volunteered in Santa Cruz, CA at Bosch Baha’i School for a year at 18. She then studied in Los Angeles, CA and Tampa, FL in her mid 20s with a focus on psychology. At 24 she worked as a freelance photographer for celebrity events in Los Angeles, CA, & has continued freelancing in Florida to sponsor girls’ education in Zanzibar at Regeza Mwendo School.

Our contributor, Anne Marie Wraight in Greece, went to Germany on a cultural exchange programme from the UK. Her choir and orchestra played several concerts together with the youth orchestra from Berlin. They also had a musical to perform which was a great hit!!! She was part of a group that stayed with the musicians from the host orchestra so they could practise our foreign language skills. This exchange took place every 2 years. She says it was, “Great on EVERY level of cultural exchange!”As a result of the experience, Anne Marie did her gap year in Berlin, where she volunteered with retired people who lived on their own and had special needs and taught English. She then moved to Greece in her early 20’s and still resides there today!

Jennifer Burden will be bringing these stories of the WorldMomsBlog.com community and more to Washington. The invitation to The White House is a big milestone for World Moms Blog, and we are over the moon about including our community in these top-level discussions of global importance for students and young adults! This honor is a true reflection of the hard work of our entire global editing and contributing staff toward running the site and opening minds to what life is like for mothers all over the world. Congratulations to every single World Mom!!

Did you travel abroad when you were in your teens or 20’s on a trip that has impacted your life? Tell us your story in the comments, and we will take it to Washington!

WorldMomsBlog.com is a community that shares the stories of over 60 contributors from over 20 countries on motherhood, culture, human rights and social good. We have been named a FORBES Woman Best Website for Women, ’12 & ’13; a NY Times Motherlode “must read” and recommended in the “The Times of India”.