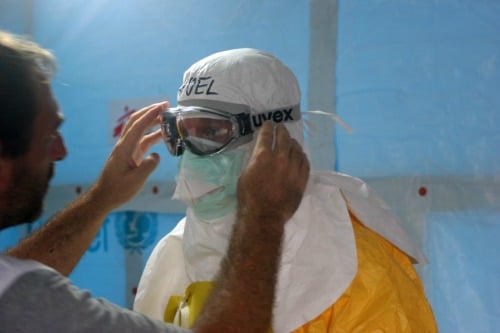 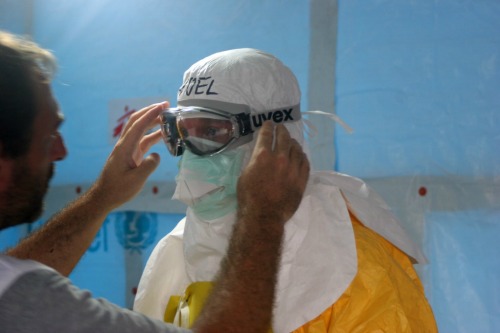 World news cycles through our Facebook feeds, blogrolls, and across our Television screens at lightning speed these days. Just four weeks ago most of our nation was riveted by the play by play updates about Ebola, and it was impossible to escape the news. Was Ebola coming to the US? Would there be a domestic outbreak?  Did the CDC make the right calls once it was here?  Were the health workers who contracted the disease while risking their lives treating those struggling going to survive? Should there be a travel ban? Would there be a vaccine?  Ebola was everywhere! Then, even before the last American infected left the hospital a healthy man,  Ebola all but disappeared from the news.

But here is the thing, Ebola itself did not disappear at all. Instead, it continues to threaten the lives of tens of thousands of people in West Africa and has already taken the lives of over 5,000 men, women, and children.  5000.  Think about that number for a second; the reverberating loss that number represents. Thousands of spouses lost the love of their life, thousands of families lost a brother, a sister, a son,  a daughter,  an aunt, an uncle, a friend. Thousands of children lost their mothers or fathers or almost incomprehensibly both of their parents to this disease.

It is not stopping. It is not slowing down. It is only getting worse.

People are dying in the streets while they wait for treatment. There are not enough beds for the sick, supplies for the clinics, or medical professionals on the ground to gain control of the situation. They need our help, and they need it now.

The founding members of  WGIRLS INC, each thankful  for the opportunities their respective upbringings provided, came together to  create a way for women to express that gratitude through service to those less fortunate.  We create and deliver programming and  fundraising initiatives that support access to  safe housing,  creature comforts, medical care, education, and career opportunity for those  less fortunate. While WGIRLS chapters focus primarily upon efforts in their respective local communities, in times of international crisis,  we come together to raise awareness and funding for those in need wherever that need may be.

This holiday season, many of us will gather around tables to give thanks for our blessings, spend time laughing and sharing with friends and family and exchanging gifts with  our loved ones.    At the same time, however, some of our brothers and sisters in West Africa will be desperately seeking medical care to survive. For them there will be no hugs or loved ones surrounding them. There will be no celebrations or laughter, but there is an opportunity for a gift.  The gift of a fighting chance against Ebola.

Doctors without Borders, the premier organization in the fight against the disease is in desperate need of additional funding. As one of the few non-governmental organizations treating Ebola in West Africa their resources have been stretched to the limit attempting to treat the sick and control the disease.

A gift of your support will help provide the funding needed for additional medical personnel, treatments, beds, tents, and medical supplies.

Most importantly, your gift will give hope to the thousands of families impacted by this deadly disease.

Thank you in advance for joining us in the fight!  Happy Holidays to you and yours!

You can DONATE HERE this #GivingTuesday.

This is an original post written for World Moms Blog by Amy Heller of WGirls in New York, USA.