INTERNATIONAL WOMEN’S DAY: Challenges We Face Around the World #IWD2015 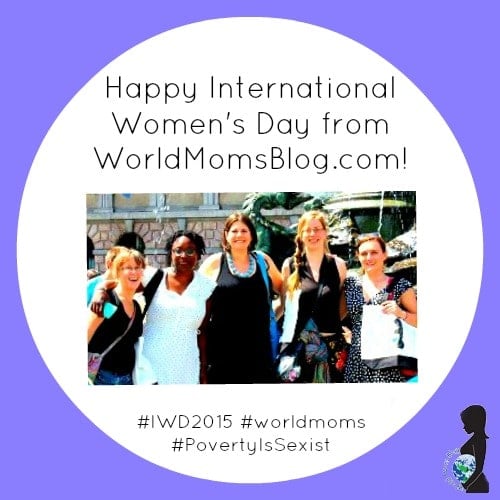 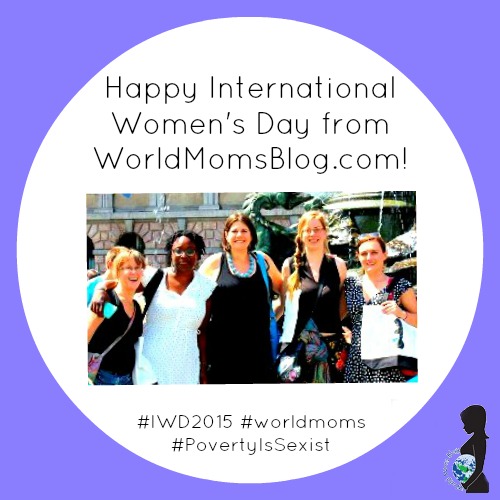 Today is International Women’s Day, also known as Working Women’s Day. To honour women, we, at World Moms Blog are looking at the challenges women face around the world and want to spark a discussion what it means to be a woman in the 22nd century. We also want to use this post as a reminder of how far we’ve come in some places and how much work we still have to do in others.

We asked our fabulous contributors this question: “What are the challenges women face where you live?” and received some thought-provoking, interesting answers.

Maureen Hitipeuw (Indonesia): “Equality. In a country where patriarchy is the ‘norm’ women are still being treated as second class citizen at times and that our place is at home, raising kids, cooking. Slowly this starts to shift, and I am happy to see the changes, but I am also very concerned about the support single mothers get here. Single fathers are deemed as ‘strong hero’ while single mothers still bear the negative stigma. Happy International Women’s Day!”

Mirjam Rose (The Netherlands): “I think it is balancing kids and work in the Netherlands . Although many fathers are willing to participate in taking care of their children, the work culture makes it difficult. Most bosses still expect that men simply come to work while their wives take care of the children. And because childcare has become increasingly difficult and expensive, more women are quitting their jobs or are working part-time, making it hard to pursue any career. At the same time the government expects women to work more.”

Kirsten Doyle (Canada): “In Canada, there is still wage inequality between men and women, and women are very poorly represented in the political arena. Another big challenge that isn’t spoken of often enough is how victims of rape are treated. We live in a blame-the-victim society that is hard to fight.”

Carol (Canada): “Another Canadian problem is our missing Aboriginal women. There is a lot of institutionalized racism in Canada regarding our native peoples, and we currently have an epidemic of native girls and women who have been murdered or have gone missing, without the police/authorities exerting much effort to find them or their killers. In the most worrying example, a serial killer managed to get away with killing probably 50 women over a decade period, and the police ignored it because the women he killed were all aboriginal or transient. But because several of the witnesses were also transient/aboriginal women, including the woman who claimed to be attacked, they weren’t taken seriously.”

Aisha Yesefu (Nigeria): “From birth the woman in my country faces discrimination. Some men have beaten their wives for giving birth to girls. Others have simply abandoned their wives at hospital for giving birth to girls. Sometimes there are tears because IT’S A GIRL. In terms of education the woman is given less chance to be in school. Discriminated upon even in her home. She has to do the whole house work while her male counterpart has time to read.

Women are not allowed to do certain jobs in my country. In some parts of my country women cannot own landed properties. They cannot inherit properties even from their husband. Women in some parts, too, are forced to go through dehumanising situations when their husband’s die like drinking the water used to wash the corpse to prove they have no hand in the death of husband.”

Nicole Morgan (USA): “The glass ceiling is not invisible. Dads being applauded for parenting, ummm Hello. Watching your children is NOT babysitting. Women fielding a myriad of responsibilities remains the usual, men stepping up to responsibility is not outside of the box, but part of being a dad!”

Olga Mecking (The Netherlands): “The Netherlands is a great place for women. The fathers are very involved, the support network is huge (daycares, for example) however even then there are challenges. For example, I believe there should be a bigger spectrum of birthing choices (not restricted to natural childbirth or homebirth). While it may seem that Dutch women found their work/life balance, the truth is that they are encouraged to work part-time- not too much, not too little. Again, this may be great for some, it is not enough for others. Also, Dutch women are still expected to do the majority of household and parenting chores. And, with government cutting down on daycare allowances, more and more women decide to stay at home rather than work.” 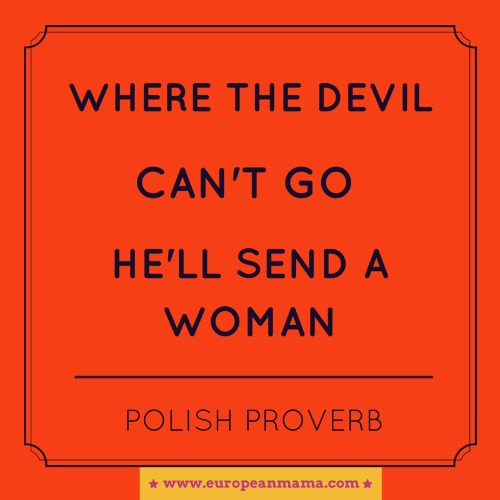 Jennifer Burden (USA): “Equal pay is still a huge issue that affects women in my country — studies indicate that women are paid less for the same jobs as their male colleagues. Also, our maternity leave is comparatively small — 12 weeks, and it is not necessarily paid, depending on the employer. I’d like to see these changes when it comes to my daughters’ future! I also want to add healthcare — there are still women who are uninsured or underinsured in the country. And more support for programs for moms who are living below the poverty line.”

Karyn (New Zealand): “For us there is a difference between those in poverty who have a whole raft of challenges to meet, just in order to get enough food and decent housing for their children, around 25% of all New Zealand children live below the poverty line. For those who have access to more money, it’s the pressure to be everything to everyone. Especially with us lot who had our children late and are often dealing with teenagers and aging parents at a time when our careers may be also at their peak.”

Elizabeth Atalay (USA): “In the U.S., we have wage disparity, some of the lowest numbers of women in government leadership positions in the world, and major childcare issues for working mothers.”

Sarah Hughes (USA): “To play off what Elizabeth just said, I think one of the biggest challenges in the US is being a working mother. Finding reliable, safe, engaging and good childcare is so hard. We pay in childcare more than most people pay in rent/mortgage per month. I have no idea how the average family can afford it. It’s a huge financial stress on our family which then turns into emotional stress, too!”

Adwoa Gyimah (Ghana): “Access to proper healthcare for the needy is a challenge in Ghana. There are systems in place to ensure that most, if not all, pregnant women get free healthcare access, but there are lapses that makes it challenging in some parts of the country, especially in the rural areas and even some urban areas. The country has come a long way in ensuring that all children of school going age can have free basic education, but there are still children on the streets selling or helping on family farmlands to earn some income to support their families.”

Nicole Melancon (USA):  “I would say more opportunities for women who want to have a career and raise a family. I feel like it is all or nothing in our country.”

Also, one of our partners, the ONE Campaign, released a new campaign called “Poverty is Sexist” today! If you do one thing today, check out ONE’s new ‪#‎PovertyIsSexist‬ campaign: http://bit.ly/1BflzyM .‪

What about you, dear readers? What challenges do women face in you part of the world? Please tell us in the comments!

This is a collaborative post organized by World Mom contributor, Olga Mecking, The European Mama. Thank you, Olga!

Image credits to World Moms Blog and The European Mama.