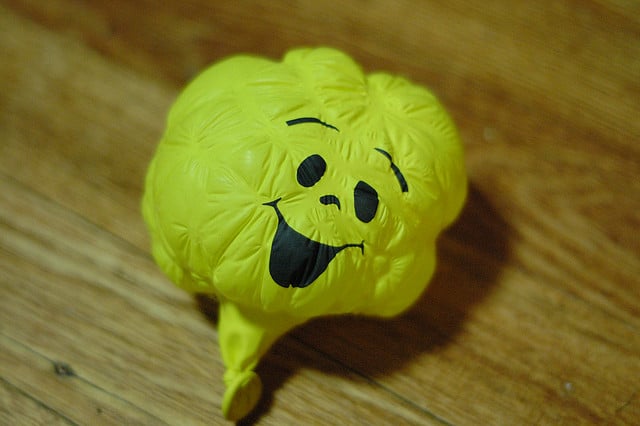 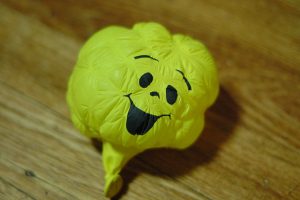 I didn’t have a bad marriage.

I wasn’t beaten or mistreated.

My ex never had an affair.

To the outside world we seemed absolutely fine. But we weren’t.

It was, for me, an intensely sad marriage. And for a long time I couldn’t work out why. Here was a perfectly pleasant man who wished me well and who responded to my affection. He worked hard and was what most of us would call a “good guy”. He still is. But my self-esteem was dropping and my mood was becoming a habitual mix of frustration and melancholy.

It was one of those slow drifts downwards, like water eroding rock.

Then, around 10 years ago, he was diagnosed with something call Alexithymia. It’s not a mental disorder but more of a fixed personality trait. It’s common in those formally on the autism spectrum, in those with Post Traumatic Stress Disorders and in some of us with attachment issues from our early childhood.

Basically, anyone with Alexithymia cannot identify the bodily sensations that go along with their emotions. They still have the same sensations but are unable to distinguish between them and label them. They also have a very limited imaginative life, which sounds fine, until you realise predicting outcomes and taking steps to avoid the less desirable ones, are in fact, a product of our imagination.

These two issues give rise to a deep lack of empathy and ability to relate to another human being. Sympathy –the intellectual understanding of the experience of another–can happen but the actual feeling of an emotion, as another has it, in the sense of true empathy, cannot.

For me, this meant I would have to be sobbing in front of my ex before he understood I was sad, and then have to tell him to give me a hug, as the appropriate response. He did not mean to be uncaring. He just never understood subtle body language or had the instinctive responses that most of us have.

There are always three choices in a situation: To alter it; to put up with it; or to leave.

For many years I did my best to see if things could change. I offered to go back to work, so he could get therapy. I suggested counselling, on more than one occasion. None of these offers were ever taken up.

The more I read about Alexithymia, the more I realised… I would never be taken up on any of these. People with Alexithymia see the rest of us as over-emotional and confusing. They cannot see why they would leave their completely logical realms. Their idea of a perfect partner is a kind body in the house with whom there is as little emotional deviation and routines are maintained – this was exactly what our marriage was.

As time went by, I became increasingly distant and detached. At times, I became unpleasant and down right bitchy. Then, around three years ago, someone asked me what made me happy. And I couldn’t tell them. From being someone who was a perpetual optimist, I was by then emotionally dead – aside from experiencing frustration and melancholy. It was a massive wake up call and I knew something had to change.

It did take three years for me to be ready. There is a comfort in familiarity that is enticing. But in the end, my physical body was beginning to suffer, my older boys were finding the emotional disconnect from their father tough going and the other side of the leap to leave seemed less stressful than staying.

I am sure I was by no means the perfect partner either. But I share this here because these are immensely lonely and soul-destroying relationships to be in – and many who are in them either think they are going crazy or that they are the only ones ever to have this experience or some combination of both. But neither are true.

You’re not crazy. You’re not alone. The shell of the outside relationship that the world sees is not the whole story.

Have you ever known someone with Alexithymia? Tell us your tale.

This is an original post to World Moms Blog from our long-time contributor and mother to three in New Zealand, Karyn Sparkles Willis.

The image used in this post is attributed to Nathan Jones. It carries a Flickr Creative Commons attribution license.