SOCIAL GOOD: Human Rights News You May Have Missed 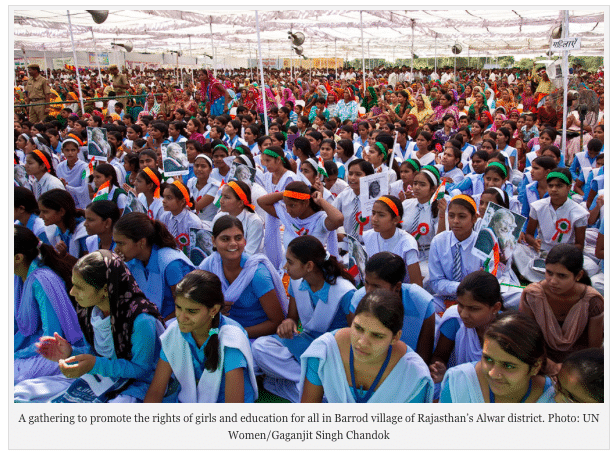 World Moms care about human rights, whether at home or around the world.   Here is a roundup of some of the recent human rights news items that we think deserve some more attention.

There has been some good news recently about efforts to raise the age of marriage and eliminate child marriage.

Nabina, age 15. Her story is one of three Malawian child brides told in Camfed’s film       The Child Within.

MALAWI’s National Assembly has unanimously passed a bill that raises the minimum age for consent to marriage from 16 (or 15 with parental consent) to 18 years of age.  While this will end legal child marriage in the country with one of the highest rates of child marriage in the world, more work will need to be done to sure that the law is implemented.

And INDONESIA’s government is preparing a bill to raise the legal age of marriage for girls to 18 years of age.  While the legal age of marriage for females is currently 16, marriage at a younger age is legal with parental consent and judicial approval. According to data from the Health Ministry in 2010, 41.9 percent of girls between the ages of 15 and 19 were married.  (P.S. The minimum age for boys to marry is 19.)

A gathering to promote the rights of girls and education for all in Barrod village of Rajasthan’s Alwar district. Photo: UN Women/Gaganjit Singh Chandok

A new UNITED Nations human rights report analyzing the problem of attacks against girls trying to access education found that schools in at least 70 different countries were attacked in between 2009 and 2014, with many attacks specifically targeting girls, parents and teachers advocating for gender equality in education.

“The educational rights of girls and women are often targeted due to the fact that they represent a challenge to existing gender and age-based systems of oppression.”

Reggae band SOJA partnered with UNICEF’s Out-of-School Children initiative to produce the video “Shadow” to draw attention to the importance of education for all of the world’s children.  Globally, an estimated 58 million children of primary school age and 63 million young adolescents are not enrolled in school.  Like the girl in this video, many of them are girls. Yet data demonstrates that reaching the most marginalized children may initially cost more but also yields greater benefits.  This video was filmed in Jigjiga, in the Somali region of Ethiopia, where 3 million children remain out of school. For more on global trends regarding out-of-school children, visit the UNICEF website.

EFFORTS TO END VIOLENCE AGAINST WOMEN

In January, A women-only minibus service was  launched in NEPAL’s capital Kathmandu to reduce sexual harassment on crowded routes. According to a 2013 World Bank survey, approximately a quarter of young women in Nepal report having been subjected to sexual harassment on public transport.

Turkish men aren’t known for wearing skirts. But in February, they began turning out in large numbers in Istanbul to protest about violence against women in TURKEY. 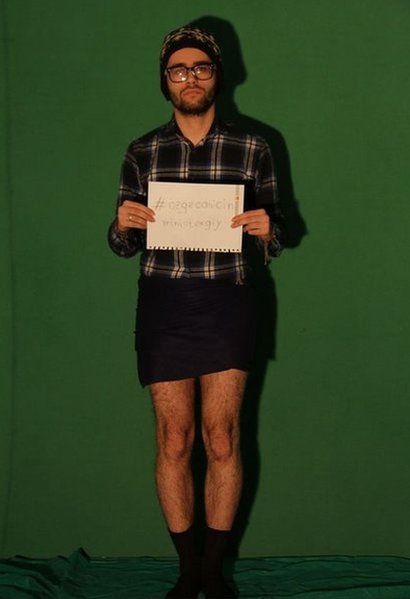 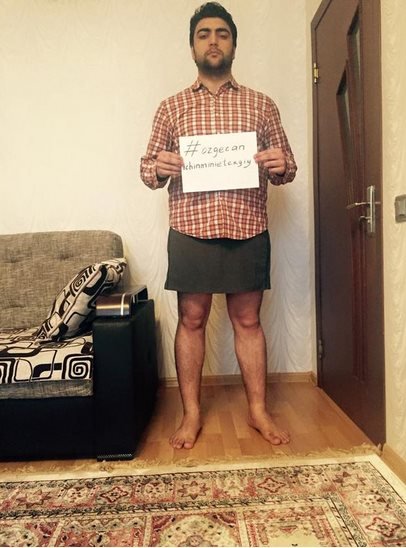 They’re joining others outraged by the murder of 20-year-old Ozgecan Aslan who was abducted on 11 February and killed for apparently trying to prevent a bus driver from raping her.

IN TANZANIA, some 800 school girls returned home on January 12 after escaping female genital mutilation (FGM) by spending three months hiding in safe houses.  FGM is traditionally carried out on girls between October and December. Run by charities and church organisations, the shelters offer protection (including police protection at some) to ensure the girls remain safe.

FGM was outlawed in Tanzania in 1998 and carries a punishment of up to 15 years in prison, but is still regularly carried out, especially in northern and central regions of Tanzania.

Female genital mutilation (FGM) comprises all procedures that involve altering or injuring the female genitalia for non-medical reasons.  It reflects deep-rooted inequality between the sexes and is recognized internationally as a violation of the human rights of girls and women. The UN estimates that more than 40 million girls and women alive today have undergone some form of FGM.  If current trends continue, more than 15 million girls will be cut by 2020; more than 86 million additional girls worldwide will be subjected to the practice by 2030. The UN states that, although this harmful traditional practice has persisted for over a thousand years, programmatic evidence suggests that FGM can end in one generation.

This year, the UN has decided to place a special focus on the role of health care workers in FGM.  Although the practice of FGM cannot be justified by medical reasons, in many countries it is executed more and more often by medical professionals. This constitutes one of the greatest threats to the abandonment of the practice.

For the first time ever, a court in EGYPT has sentenced a doctor to prison for the female genital mutilation (FGM) of a 13-year-old girl that resulted in her death.  Soheir al-Batea died in June 2013 after undergoing an FGM procedure carried out by Dr. Raslan Fadl.  A court in Mansour handed down not guilty verdicts for the doctor as well as the girl’s father for ordering the procedure in November 2014.  But Egypt’s Justice Ministry reportedly contacted the court to say it was “displeased with the judgment”, resulting in a retrial.  Fadl was sentenced at retrial to the maximum sentence of two years’ imprisonment; the father was sentence to three months’ house arrest. A ban on FGM has been in place since 2007 in Egypt,  yet this is the first time the law has been implemented.

While FGM is most prevalent in Africa and the Middle East, it is also practiced in Asia, Latin America, Western Europe, North America, Australia and New Zealand.  This week, a new report from the Population Reference Bureau came out discussing the potential risk of girls and women in the UNITED STATES for undergoing FGM.  In 2013, there were up to 507,000 U.S. women and girls who had undergone FGM or were at risk of the procedure, according to PRB’s preliminary data analysis. This figure is more than twice the number of women and girls estimated to be at risk in 2000 (228,000).

And in the UNITED KINGDOM, the trial of a British doctor accused of performing female genital mutilation recently began in the United Kingdom’s first prosecution of an outlawed practice.  Dr. Dhanuson Dharmasena allegedly performed FGM in November 2012 on a 24-year-old woman soon after she gave birth to her first child at North London’s Whittington Hospital. The woman in the U.K. case, referred to as “AB” in court, reportedly underwent FGM as a 6-year-old in Somalia, when a section of her labia was sewn together, leaving only a small hole for menstrual blood and urine but too small for safely giving birth.  Defibulation, or re-opening the vagina, is commonly needed for FGM survivors about to give birth, and was required in AB’s case during delivery. But AB allegedly underwent re-infibulation, or sewing the labia together again after giving birth. The stitching or re-stitching together of the labia is an offense under section 1 of the United Kingdom’s Female Genital Mutilation Act 2003.

A LITTLE BIT OF INSPIRATION

I’ll end with several beautiful, inspirational videos.  The first is an advertisement from SOUTH AFRICA for the telecom company MTN. It is a reminder that no dreams are too big for a child.

The second is from a campaign that came out last June, but which recently received national and international attention.

Some brilliant teenagers in the UNITED STATES inspire with their spoken word poem Somewhere In America.

This is an original post written for World Moms Blog by Human Rights Warrior Jennifer Prestholdt.

Did we miss any other recent Human Rights stories you know of? If so, lease let us know!