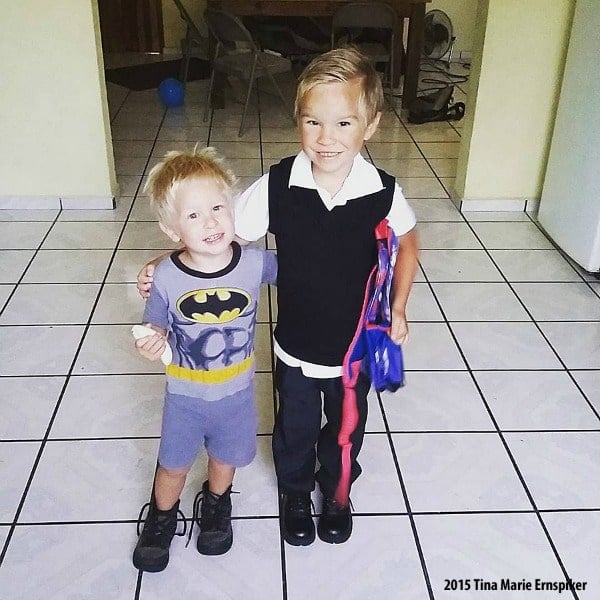 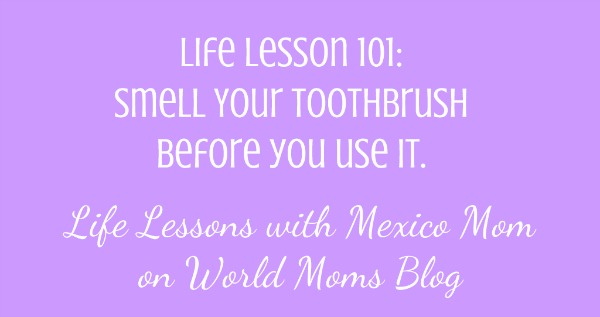 As a wife of one and a mom of four, it seems like I am always learning and discovering! I know I am not alone. It doesn’t matter where we live, let’s just admit it:

The world is a big place, life is a lesson, and children can be the best teachers.

Previously my series, Life Lessons with Mexico Mom,  was hosted on Los Gringos Locos. Starting today, I will host it here on World Moms Blog. Look for it the last Friday of every month. I hope you will join us for our continuing adventures in Mexico and beyond. You won’t be disappointed 😉

Here are my most recent insights and experiences as a Mexico Mom:

Don’t get me wrong. I don’t advocate this! But my youngest son has this thing for dog food! This kid is not a picky-eater. He is two and thankfully, will eat almost anything. Why he likes our dog’s food? I have no idea. Maybe it tastes good?! What worries me is when they recall certain dog foods because it is making dogs sick…if it’s making dogs sick it could also make my son sick! Whenever I see him with a handful of dog food I yell at him to put it down, but sometimes I am too late and he has already munched on a few kibbles. I have even caught him sneaking it! All I can do is try to teach him that the dog food is for Rex, and if he eats it he could get sick 🙁

Life Lesson 98: In Mexico you can get antibiotics over-the-counter.

How cool is that? There have been a few occasions when one of us have been too sick to leave the house. We only take antibiotics when we are sick for a week or so and it’s not getting any better. We aren’t druggies. But sometimes you just know that what you have isn’t a simple bug. It’s an infection. Last month my husband went to the pharmacist and told her my symptoms. She wasn’t keen on the idea but she was willing to help, so she gave Brad amoxicillin over-the-counter. I was so thankful! After taking my antibiotics I felt better within a few days. Yea for Mexico!

We all know this one to be true. It’s an oldie but a goodie. Right now Sawyer, our four-year-old is saying the cutest things. The other day he said, ” Mom my feelings hurt”, and he was rubbing his tummy. I had to ask him to repeat it because I wasn’t sure that I heard it correctly the first time. It made me smile. He says funny stuff like this all the time. I know all kids go through this stage and I only wish I was the type of mom that wrote every cute saying down…what a keepsake that would be! I think someone, somewhere, has even written a book on this subject and probably made some money. I wish it was my idea!

We live a nice neighborhood in Mexico. We thought it would be okay to park our vehicles on the street. Nope. We have a big Yukon Denali with an alarm. Our live-in friend and manny, David, has a old beat up jeep.  This thief knew that our vehicle would set off a noisy alarm, and that David’s older vehicle was without an alarm. He broke into the jeep and stole expensive tools and the car battery. After this lesson, we started parking our vehicles inside our gate at night. The other day, we saw some federal police in the neighborhood and my husband asked them what was wrong. The thief was back and they were patrolling the area to scare him off. I hope it worked! 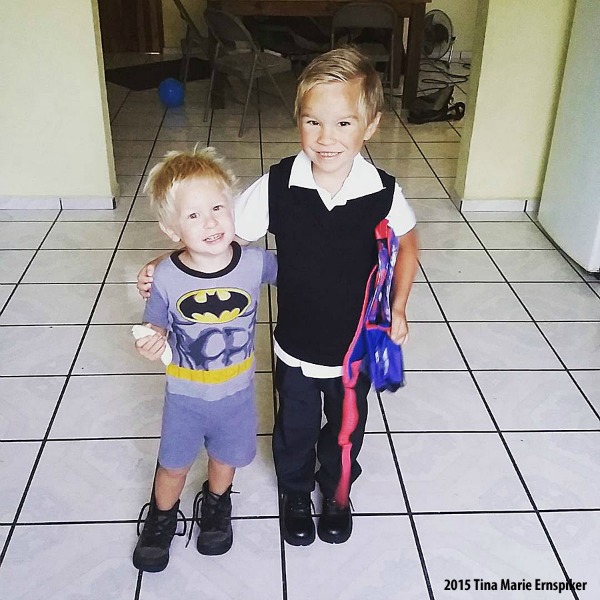 The dog food eater and the brown toothbrush culprit.

Life Lesson 101: Smell your toothbrush before you put it in your mouth.

This one mainly applies if you have small children still learning to use the bathroom. My boys are both gross when it comes to poop. I don’t know why. It must be a boy thing because I swear my girls were never like this. I mean, they were active, but not as gross as their brothers. The latest poopy adventure was when Brad went to brush his teeth before bed. He noticed that his toothbrush was brown, so he smelled it. Yep, it was poop. All three toothbrushes in our bathroom were brown and all three went into the trash immediately. Sawyer’s excuse was that there was no toilet paper. Needless to say, his father, who almost brushed his teeth with a poopy toothbrush, was not amused. I think Sawyer understood the severity of the situation after his Dad’s reaction and let’s just hope he does not try this again.

What life lesson did you learn this past week? Please share it with us below. We want to hear your thoughts from around the world!

This is an original post to World Moms Blog by Tina Marie Ernspiker.  Tina can be found blogging over at Los Gringos Locos. She is also on Facebook and Twitter.