USA: Wisdom from a Stranger 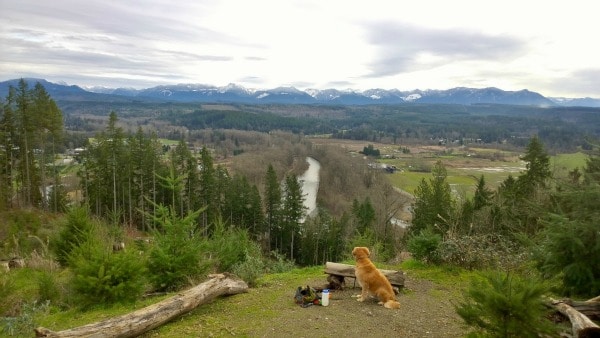 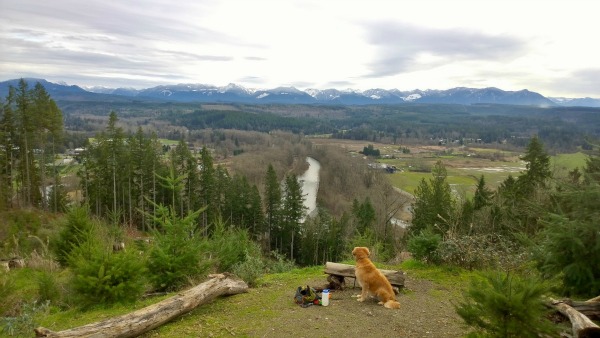 It’s been the kind of month in which the worn down clasp on my emotional baggage has popped open, spilling years of contents everywhere in disarray. I have been methodically working through the cleanup, but today, I felt the need to wander in nature for a mental health break.

I walked out the door with my furry companion, an amazing golden retriever who is the best dang dog who ever lived. Seriously, she’s awesome. I usually like to map out our adventures a bit more, but I didn’t have the reserves to make up my mind on where to go, so I decided to just leave the house and see where we would end up.

The rain was holding off, and soon we were in the wooded trails of a park close by that I primarily visit for biking. Things look different when you are moving slowly on foot, and it took some effort to make sure I was on the right path. Plus, we are in the middle of winter, and storms have blown down trees in every direction, further confusing the journey. Given my current state of mind, I started to wonder if this was the wisest way to decompress.

I heard a chainsaw in the distance. I hike alone often, so I am not thrown by encounters. Still, as a solo female on the trail, I hear a chainsaw and think, “Dude up ahead. Stay sharp.”

I made my way around a bend to find not a flannel wearing, chainsaw wielding mountain man but instead a spry female mountain biker. I would say she was probably around 60 years old, but she was so fit and beaming that she could have been older and just had the vibrancy of youth about her. Her bike and gear were set aside. She still had on her helmet and eye protection. She was lifting and tossing branches and logs, and on the ground next to her sat a chainsaw. She wore no official shirt or hat. There was nothing that indicated she was there on a paid job. She was clearing a trail deep in the heart of this park for fun. Talk about a tough lady with positive energy to burn. I felt a boost already.

I thanked her for her efforts, and she said she was happy to do it, adding, “It’s good to be out here. You get it. You are out walking with your dog for the same reason. I am just doing this.” I pointed out that she hauled a chainsaw up to this spot. The main biking trail from the parking lot is brutal on a bike. I can barely make it to the top in the saddle, and I would never make it while carrying a chainsaw. She admitted that it was a challenge, but she continued, “I have a favorite trail out here, and there’s a few trees down blocking it. I am headed there to clear it but just got caught up along the way. And I’m not the only one. I was here awhile back, and coming up today, it’s clear others have been doing the same thing.”

And then she said, “If we all do our small part, the way will be clear before you know it.”

She was talking about bike trails, but her words couldn’t have been more apt for any of life’s obstructed paths. I wanted to hug her on the spot, but not everyone is looking for an embrace from an emotionally fragile hiker, so I simply said thanks again and wished her a good day.

I soon reached a lookout point situated above the valley in which I live. There was no one else there save for my canine companion, and I took in the beauty of my home. It’s a good home, and I have a good life. My mind became less frantic as I reflected on that woman’s words. I need to focus on doing my small part, and the way will become clear. My baggage got packed up a bit more orderly and purposefully as I made my way home.

Have you ever received wisdom from stranger? How do you stay grounded during trying times?

This has been an original post for WMB from Tara B.