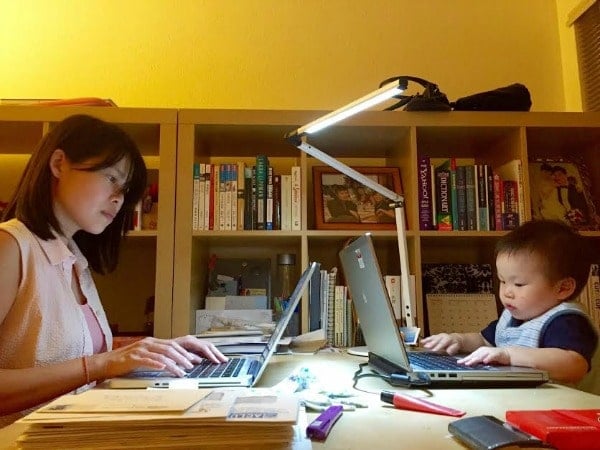 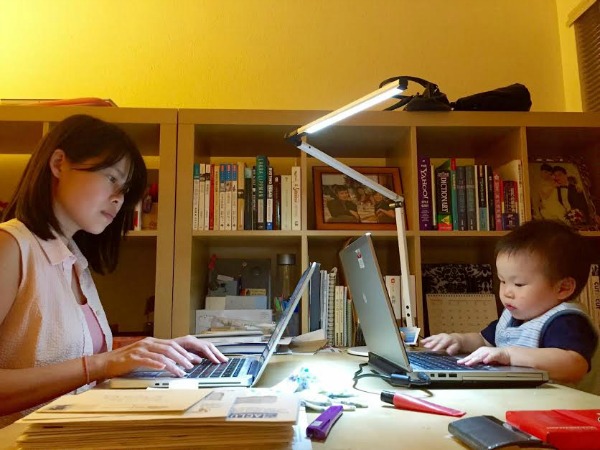 A Chinese publisher is hiring me to write a biography for a well-known Chinese American doctor and politician. They wanted 300,000 words by the end of this year.  I made it clear that it’s not possible. Considering the long-term contracts I already have, my family situation and my daily schedule, the earliest time I can finish the big book will be next May.

That night for some reason my little one was unusually fussy and insisted to sleep with his mommy. I squeezed myself into his toddler bed and accompanied him. After two bed time stories he fell asleep peacefully. I lay there, staring at the ceiling.

Once again I strongly felt how children can slow a mother down on her career progress. If it was three years ago, before we had a kid, producing 300,000 words within ten months would not be a problem for me at all. I am not boasting it, but hey, they didn’t call me “kuài shǒu” (the fast writer) for nothing!

But now, with a little child, if I want to finish 300,000 words in a year, either I’ll be drained or my child will be ignored.

Women certainly have a different work-life balance than men. Several years ago there was a white paper on the Position of Women in Science in Spain that concluded a man with children is four times more likely to become a full professor than a woman with children is.

The white paper emphasized that women who have children are discriminated against simply because they are mothers and not because their job performance is actually different.

Based on my own experience, I believe that is true. I was harassed by my supervisor for pumping at work. Still, there is a lot we can do to fight back when facing discrimination. We can advocate for equal working rights, we can urge our law makers to pass bills that end discrimination against working mothers, we can file law suits against our discriminating employers. I, for one example, took my previous company to court and was happy about the result.

But we cannot fight nature. The nature rule is that women have to spend more time on their children. Mothers have greater childcare responsibilities than fathers. It’s the mother, not the father, that carries the baby for months, is in labor for hours and breastfeeds for months, or even years. And while some may hope for a different division of labor some day, these work-life realities do contribute to the reason why women who are mothers are on slower career tracks than men.

In this case, if I can’t earn that $3,000 bonus, that’s simply because I need to spend time on my child, not at all because I am discriminated against.

I tossed and turned all night long. It’s not that I want the $3,000, but I really want to speed up my career progression, which has been slow ever since I had my child. But do I want to be drained? More than that, do I want to ignore my child for one whole year?  Weighing these things in the balance, that $3,000 didn’t seem so important.

In the morning my little one opened his eyes and saw his mommy was still laying by his side. He giggled and touched my face. I made up my mind.

Working mothers probably will never have the perfect answer to work-life balance. It’s our paradox of choice. I just want to try to live more and regret less.

Have you struggled with juggling your career path and your role as a mother?  How do you find a balance between work and home life?