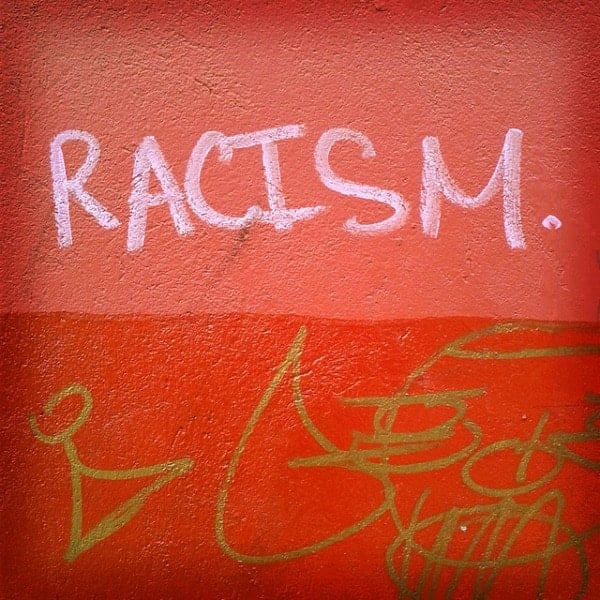 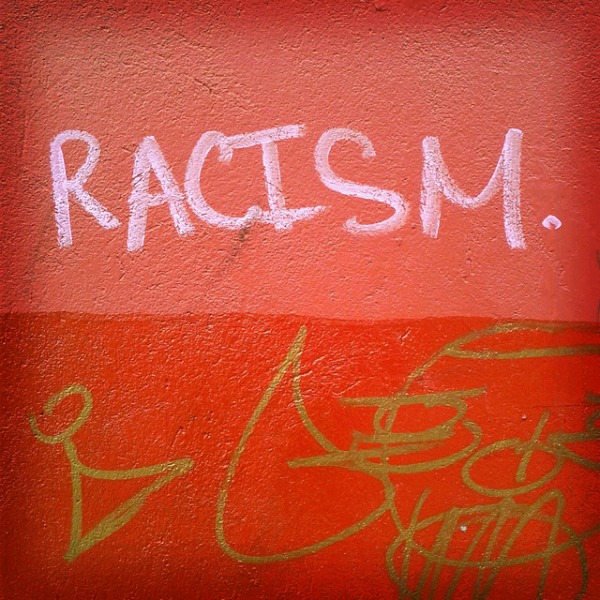 When I moved to Canada, I saw a “Let’s Stop Racism” poster on the wall of the school and mistook it for a relic from the sixties. My new friend, whose family came from India, primly informed me that racism is not history – that while the laws have changed, the attitudes are still there.

What she didn’t have the language to explain, and what I probably could not have understood at age 13, was that my very ignorance of present day racism was proof that white privilege is real, and that I live it.

She, as a brown person born and raised in Canada, wasn’t able to get to age 13 in blissful ignorance of modern day racism. She had already seen it, aimed at her, on many occasions. Meanwhile I, raised white in a white household, by parents who did not espouse racist views, walked through life without ever being confronted by the ugliness of racism. No one aimed it at me, and no one expressed it around me, therefore it was invisible. So of course I thought it didn’t exist. Can you easily believe in something you have never seen?

For years I used this story as proof that I was not racist – how could I be racist if I thought it was a thing of the past? I cringe to think of that now.

No, I am not a racist in the To Kill A Mockingbird sense of the word.  I don’t use racially derogatory language. I was open to the idea of dating and having children with someone of another race. I do not think that a person’s visible heritage influences their personality or worth as a person. I have never even met a real person who has claimed to think otherwise, although I have seen evidence of them in the news and online.

Modern day racism is much more insidious than the overt, old fashioned kind. It has gone into hiding, which just means that we don’t see it if it doesn’t attack us, personally.

In this way, my culture has given me a subtle racism which manifests as a sort of willful ignorance regarding race – the ability to avoid and ignore the ingrained cultural assumptions about race that happen around me. Those cultural assumptions are not my fault, but if I want to really try to be truly “not racist” then my first step is to acknowledge that there is a lot I am missing.

But it is, and I must teach my children this.

A lot of white people think they don’t need to talk about race with their kids. They think that their kids can be raised “colour blind”, as if by never mentioning that little Bobby has different skin, or that Ella has folds over her eyes, that children somehow won’t notice.

It comes with good intentions. Recently I made a comment about race on Facebook, addressing a group of recommended children’s books which all featured white children on the cover. A woman replied saying “can’t we for once not put race into children’s minds? That’s where we get such race minded adults. Leave it alone.”

But that doesn’t work. Studies show that children do notice race, and if I had any doubt, my own son has proven it.

Raised in Vancouver, attending a daycare with several different races, my son talked about skin colour just as much as eye colour or hair colour. He noticed. One of his friends is mixed race, and when he sees photos of Black children he says, “Hey! That kid looks a little like my friend!”

So he notices race, and that’s okay.

It results in kids like me, who think that their ignorance of racism is somehow proof that it doesn’t exist.

I wish my parents had sat down with me and said, “Look – look at your favourite shows and books. See how the characters are almost all white like you? Now look at the kids in your class. Do you see how much more diverse it is in real life? Do you see how they get edited out in the media?”

I wish my parents had said to me, “When you comment on the curry smell of your Indian friend’s house, you need to make it clear that you think it smells good, because people have told her that it stinks or smells strange, and they have made her feel ashamed, so if you just say “It smells like curry” she may think that you feel the same way.”

I wish my parents had said, “Your life may have hardships, but none of those will come from your blue eyes and pale skin. No one will ever be afraid to hire you, because of your Caucasian heritage. No one will ever toss out your resume without even meeting you just because your name sounds foreign. That is not the case for everybody, and if you ignore that fact, this will never change.”

But we will do that for our son and daughter.

We don’t tell them that we are all the same, as if sameness is good, as if diversity isn’t something to be embraced. Instead, we tell them that everyone is different, every person is special and unique, and outward differences of appearance is only one of the many things to celebrate.

When they are older, we will read them To Kill A Mockingbird. But we will tell them that it isn’t history. We will tell them that racism is not vanquished; it is only silenced, only whitewashed. And we will show him how to spot it, hiding in plain sight for those with the eyes to see. And I hope they will learn to fight it, inside and outside.

Because closing our eyes to racism will never change the world.

Do you address race with your children? Was it by choice or by necessity?

Photo credit to Andrew Gwozdziewycz.  This photo has a creative commons attribute license.