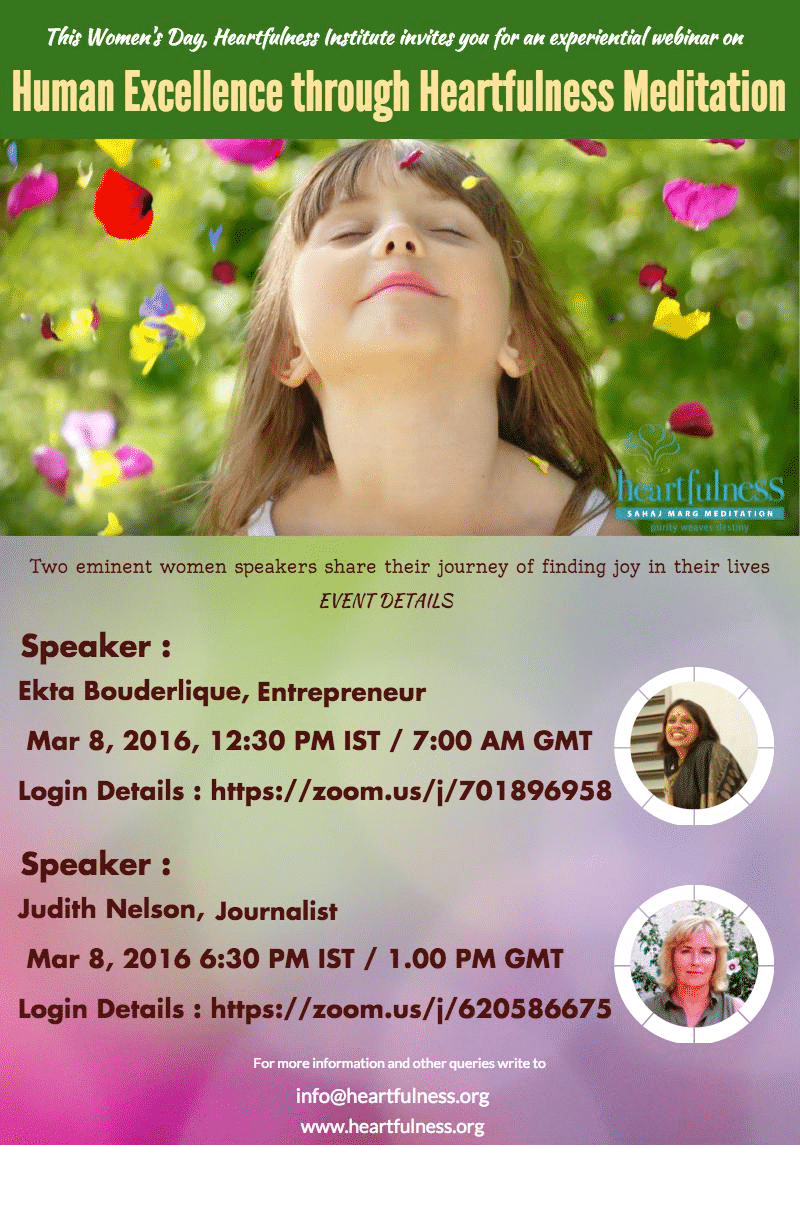 What is it to be a woman?

Commemorating Women’s Day on March 8th, Heartfulness Institute invites all the contributors, readers and fans to two experiential webinars are planned, as per the details below. 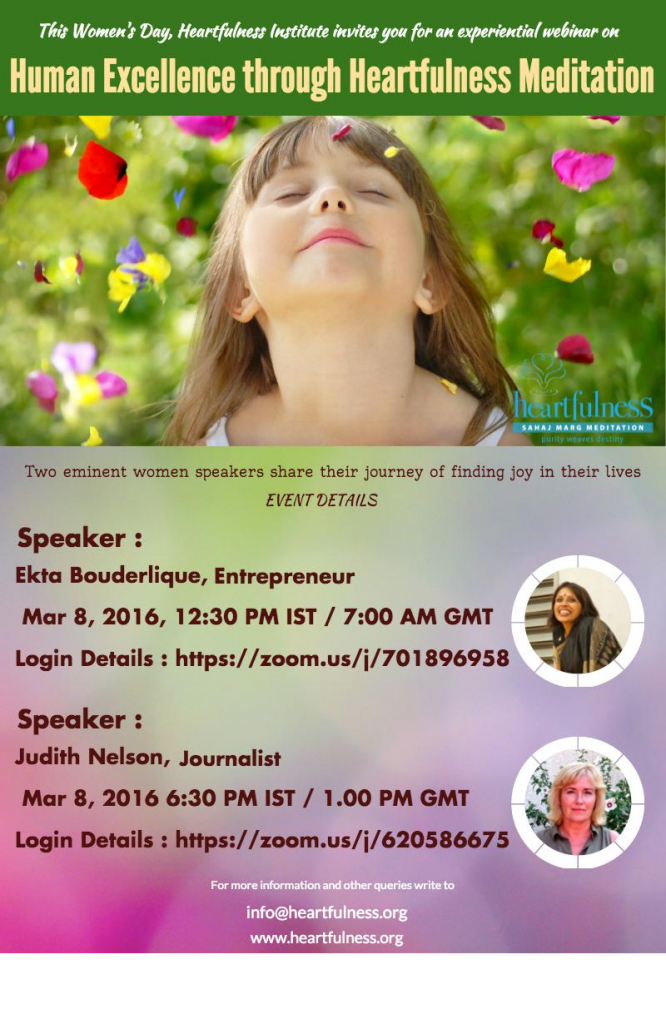 The theme of the webinar is “Human Excellence through Heartfulness Meditation” where two Heartfulness trainers are going to share their journey of finding joy as women, as human beings, and finding excellence in their own personal and professional lives.

Ekta Bouderlique is an entrepreneur and a healer. She was born and brought up in India. After her marriage she lived with her husband and two children in France for almost 20 years. She has developed a healing technique called Quantum Core Two Points Method.

We look forward to her enriched experience today, as she relates herself to a warm person, a mother of two children, and an affectionate wife.

Judith Nelson, one of our very own #WorldMom lives in North Berwick near Edinburgh in Scotland (UK) with her husband and two children.

She is a qualified physiotherapist, but changed careers in her mid-twenties and went into broadcasting journalism for about 6 years before having children. After her daughter was born, she was a full-time mother for some time, and then started a property developing company with a friend when her son was two years old. She has now retired from the business, and work as a volunteer for Heartfulness Meditation, sharing her expertise and guidance.  She is a trainer of Heartfulness Meditation.

Everyone is welcome. There are no prerequisite registration. Just click on the Login link and listen to these women speak and conduct a free Heartfulness Meditation session. 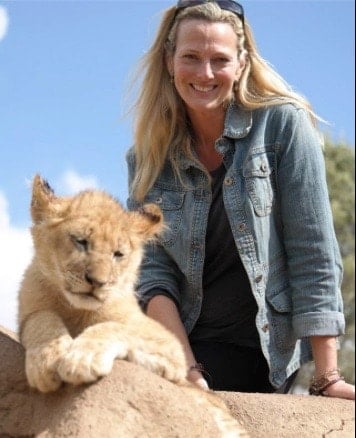 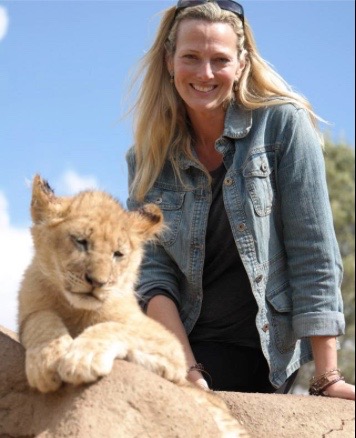 As part of World Moms Blog’s collaboration with BabyCenter’s Mission Motherhood™, our World Moms are writing posts on maternal health around the world. In today’s post, Elizabeth Atalay in the USA writes about the changes to her body during and after birthing and how the experience of birthing has united her to mothers who suffer from obstetric fistula in the developing world.

“Giving birth has a way of connecting women through an awakening of intimate understanding, also known as TMI (too much information)! We share stories with each other about topics previously unspeakable. Hemorrhoids! Incontinence! Milk leaking from breasts! Water breaking in public places! Yikes. The awe of pregnancy and the miracle of our bodies giving birth to new humans are intertwined with the humility it forces upon us like no other experience.”

Read the full post, “I never knew this could happen while giving birth“,  over at BabyCenter’s Mission Motherhood™! 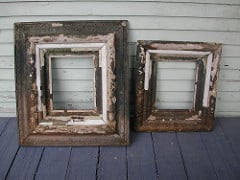 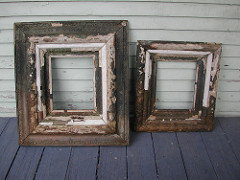