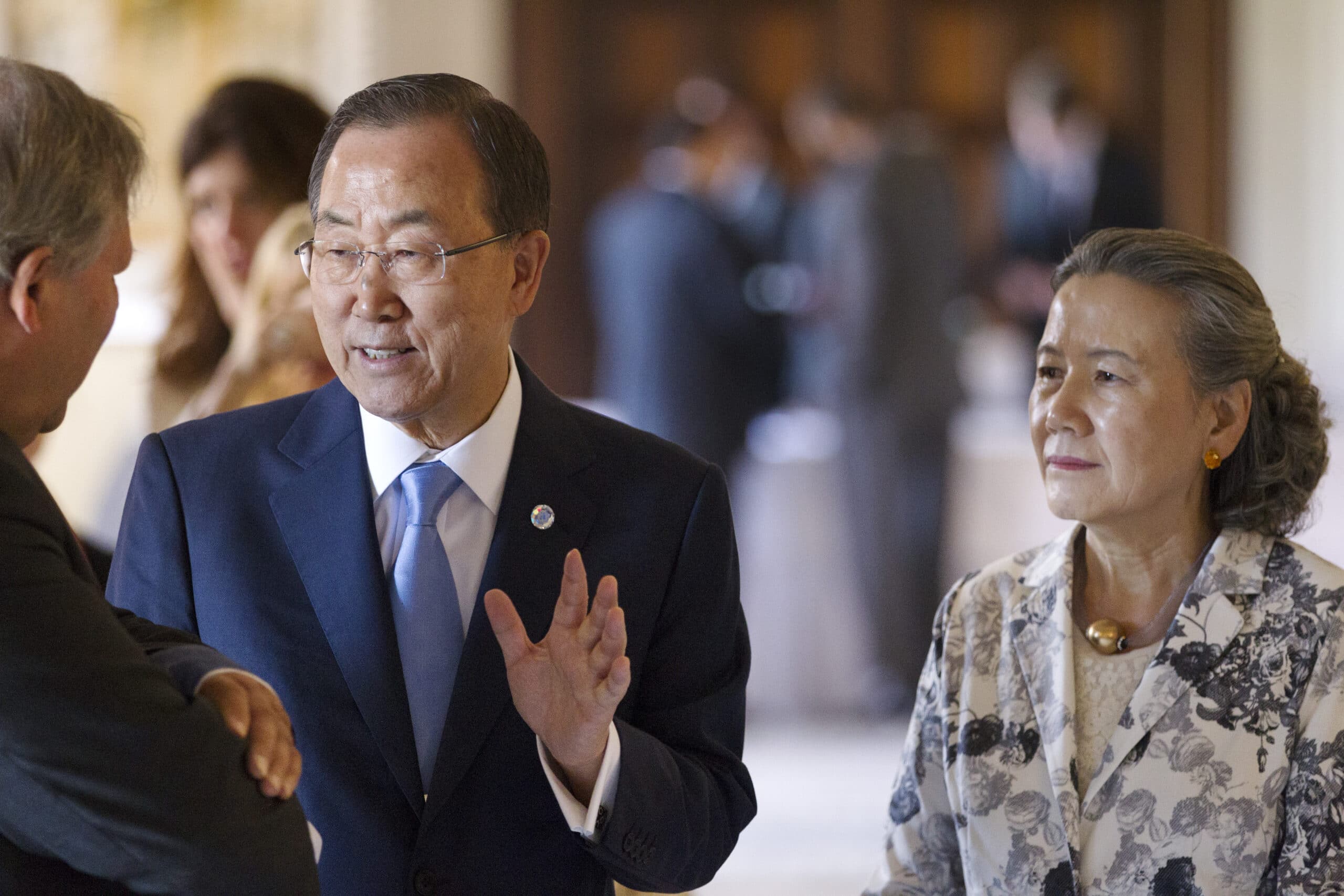 I am writing this post in chilly Dublin, far away from home. I miss my family and I’m happy to go home soon. I have to stay awake in order to catch my flight and seize this moment to write about a story which recently marked my life.

On May 10, I met Ban Ki-moon, the UN Secretary-General and his wife, in my hometown, Antananarivo. The local branch of UNHCHR sent me a personal invitation a few days before, and then someone recalled me saying that I’ve been dropped from the list….Two days later, they called me again to say that I’m on the list. It was quite weird! In fact, it appeared that some UN people didn’t want Mr Ban to meet civil society representatives because they had the feeling that CSOs are “disturbing”, “always critical”, “negative”, and so on….

But someone fought for us and finally, my name was put on the list among 11 other people. I was officially supposed to represent Liberty 32, a non-profit which mainly deals with civic education and human rights, but I also wanted to say something on behalf of Wake Up Madagascar, a nonviolent civil resistance movement that I’m part of.

I thought about a genuine way to pass a message to Mr Ban, which was “Don’t let Malagasy politicians fool you. Our reality is far more horrible than what they will show to you.” In fact, a few days before Ban’s arrival to Madagascar, streets were cleaned, merchants chased from their daily places and misery hidden. Shameful!

On May 9 the 12 of us were asked to meet local UN representatives for a briefing.

They told us to be constructive, not to openly criticize the government because this will put Mr Ban in an “uncomfortable position’. I was more than upset to hear that, and that strengthened my need to do something exceptional.

The D-day, we’d been given an appointment in one of the most luxurious hotels of Antananarivo. No pictures allowed, last briefing remarks. We were ready to meet THE man.

He arrived with his wife and staff, very cool, smiling, and frank. We took an official photo (which we haven’t yet seen since), and we sat down around a square table. After the usual opening remarks and self-introductions, Mr Ban said a few words about his visit, saying that he has always worked with civil society and that this meeting was crucial to him. Then, our representative read our common declaration for 5 minutes.

Afterwards, the Chair asked if someone would like to briefly take the floor. I grabbed the mic and said all I wanted to say in 2 minutes: women and youth problems, insecurity, political instability, fragility, the need to improve citizens’ political participation, and so on. I ended by asking the permission to give Mr. and Mrs. Ban a small gift. Security guards and policemen stood right on their feet but the SG allowed me to do so.

I offered them a special photo album prepared by Wake Up Madagascar – and which I hid as my notebook while entering the room. 15 striking photos showing Malagasy people’s misery and extreme poverty…. I kindly asked Mr Ban not to throw it away, and I believe (I hope) he didn’t…. After answering our talks in a very sincere way, he kept the album with him, didn’t give it to his assistant, as he left us.

On May 11, Mr Ban gave an address before MPs and the government, and his words were sharp as a knife. Have our messages reached their destination?  Who knows? I wanted to share this story because it made me so proud. Being a mom implies taking some risks, not only for your family, but also for your country. Don’t you ever let someone tell you to close your mouth when you have something important to say! Speak up! Speak out! That may change some lives! I don’t pretend I’ve changed the world, but I stood for my world, at my small scale. And that matters.