Not What We Were Expecting 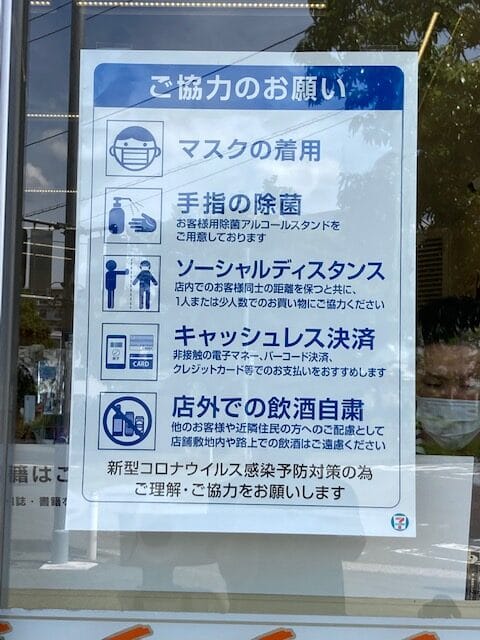 My 16-year-old son left for a summer study session this morning, only to message me from the train station thirty minutes later. Oops, it had been cancelled. Now a long day in the oppressing heat and humid hell of Japanese summer stretches long and lazily before us. It is not what we were expecting.

But this has been a long season of not-what-we-were-expecting. Other countries seem to have the pandemic under control. Other countries return to life as normal, but not here in Japan. Life never shut down or locked down to the extreme of other places, but we live long, drawn-out half-lives under continuous states-of-emergency while the Olympics flash on TV. It is not what we were expecting.

We didn’t expect to wake up one day to find school cancelled, and for it to stay that way for months. We didn’t expect to learn the ins and outs of indoor ventilation or the effectiveness of different kinds of masks. We didn’t expect to be separated from our friends and loved ones for so many long, long months while simultaneously being shut-in with our nuclear families while trying to work and study from home.

For me, that became a stream that burst through the cracks of my marriage until the boat was no longer seaworthy. I’d always been what I call a “solitary mom,” since my husband left all of things kids and household to me. Now the kids and the household and the mom are in another building, and all things husband are left to him. It’s not what we were expecting.
I wasn’t expecting to start graduate school; that was a dream I’d given up on, but when programs that required in-person segments changed their policies I saw my chance. I’m one term in. So far, I’m doing better than I was expecting.

I never expected to be relieved to the point of tears when my children were able to get an appointment for a vaccination. In this country, very few children have had that chance yet. I am still nervous and worried that something will go wrong with the supply or the appointment system, and they won’t be able to get their second shots. In efficient Japan, this distrust is also not something one would expect.

The anger is new, too: anger at people’s selfishness and silliness that puts other people in danger, anger at the government for not being more decisive, anger at myself for being powerless. It is new but not really unexpected. The unfairness of the world has always made me angry.

Some days I feel hopeless. I want to see my sister again; I want to meet my niece. I want to hug my friends and go for coffee on a cool autumn evening. I want to feel the breeze on my cheeks uncovered by a mask. I want to wear lipstick. I see pictures of friends and families from countries where these things are now possible, and the deepness of the envy I feel is unexpected and takes my breath away.

This is an original post for World Moms Network by Melanie Oda.