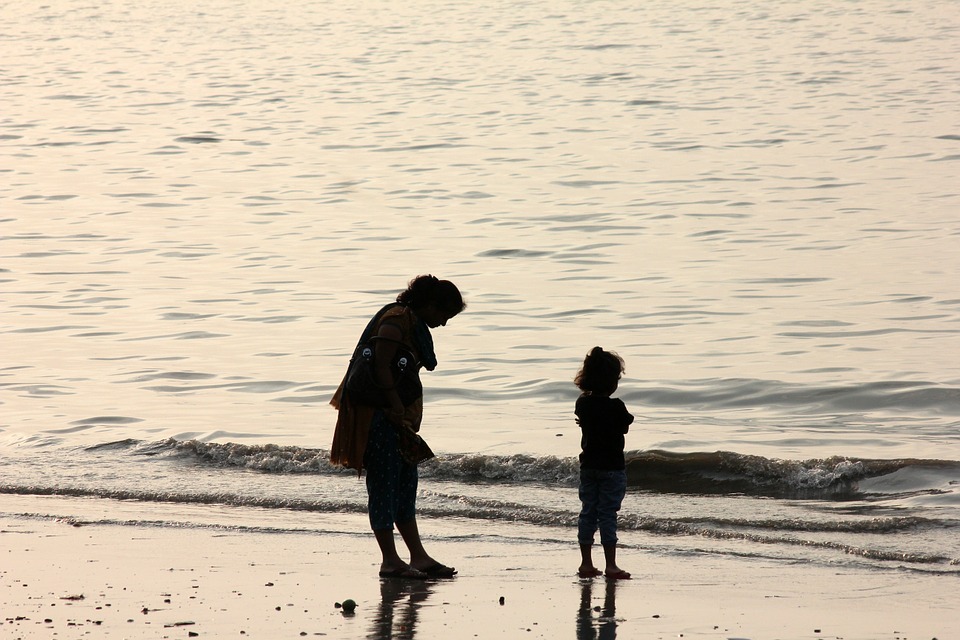 Being An Indian Daughter – The Dark Side

In India, when a girl is born, her parents start saving up. Buying gold, opening fixed deposit accounts, you name it. You’ll now be thinking, “That’s wonderful! Such loving parents ❤“. Well, think again.

Here’s a clue – this is NOT her college fund.

They are saving for her (eventual) marriage!

Amusing, right? Why would parents worry about a wedding, when a baby is just born? Shouldn’t they be thinking along the lines of, “Who will wake up for the 3am feed?“, ” What are we going to name her?“, “Look at her tiny nose and fingers and toes!“, “Oh, she is sooo cute!” ????. Sure these thoughts are in their minds. Along with gems like, “OMG! How do we pay for her wedding?” and “I must guard her like a hawk so she doesn’t ‘besmirch’ the family name“. Because, in India, a family’s reputation rests solely on the frail shoulders of the little baby girl!! ????

A vast majority of the Indian subcontinent still prefer a son. I know some folks whose faces fell, right after hearing they had a healthy baby girl. And some others, who preferred not to marry from a family consisting entirely of daughters – because – the women may not be capable of producing a male child! Imagine such thoughts, in this day and age!

A girl is a responsibility to the Indian family. Even if her parents don’t see it that way, the relatives will ensure that her parents eventually fall into this line of thinking. She is on ‘loan’ to them, and her ‘real home’ is supposedly with her husband (and in-laws). Her parents’ duty is simply to ensure she is brought up a well-mannered woman, who doesn’t bring a ‘bad name’ to the family.

From the time she can walk and talk, she hears – “Sit properly!” , “Cross your legs when seated!“, “Stop playing in the sun, no one likes a girl with dark skin“. If she fools around too much, then it is, “You are a girl! Behave like one“. I am curious – is there an instruction manual to explain life rules that apply to females of Indian descent? ????

According to local wisdom, an educated girl may become too ‘difficult to handle‘ after marriage ????. Subscribers to this archaic theory believe that, once educated, a woman may begin to think for herself and not silently accept everything dumped on her. When educated, it is often so she can secure a good match (read ‘husband’), rather than for her benefit or so she can support herself in life.

At home, she is ‘privileged‘ to learn the secrets of cooking and cleaning along with her mother. Her brother is frequently given a free-pass by parents citing, “Oh, he has lots to study“. Obviously a boy’s education is more important than a girl’s, and he doesn’t need to spend time learning life skills! And this ideology imparted to him in childhood towards girls, carries on for the rest of his life.

After working so hard for an education, does she get to pursue a job? Not necessarily. She may have a great job before marrying. After marriage, her holding a ‘job’ may be deemed unsuitable to her husband’s family circumstances. So much so that in India, this is a question of paramount importance to ask the groom’s family when they come to ‘see’ her as part of the bride-seeing ceremony. A strange family decides whether a woman gets to go to work while her own family watches in silence, and tells her “Just adjust my dear. It’s for your good future”.

I know women who were brilliant at their jobs, and then settled down to a life of domestic duties after marriage. Why? Because their husbands didn’t want a wife who went out to work. I know girls who were stopped from learning to dance – all in the name of “What will others’ think?“. Choosing to stop doing something that brings them joy, or to stop working and supporting themselves as they no longer felt fulfilled by it, is something the woman should be able to decide. But having to cave in to pressure from others, and then being made to feel like it was their own choice and for the good of the family – this is how many women are put under invisible shackles by society.

What of women who decide they want to choose their own partner? God forbid! Either cast out, labelled black sheep of the family, or both – she is forever a warning to future generations.

A month into marriage, well-intentioned relatives descend like locusts and ask that dreaded question – “Vishesham vallathum undo?“. Apologies for reverting to my mother-tongue, for there is no other phrase that sounds perfectly innocuous and yet deadly to the new bride! The literal translation is “Is there any news?”. The so-called ‘news’ everyone is awaiting is that of her pregnancy. Regardless of the answer, there is nothing for them to do; but they will persist in asking the question every time they meet the girl or her parents. Strangely enough, they don’t usually ask this to her husband. Hmm….must be because human pregnancies are achieved via parthenogenesis*????

Continuing the family line also seems to be the sole responsibility of a woman. Women are often blamed for failing to give birth to the all-so-desired male ‘heir’. This must be why women are referred to as ‘goddesses’ by the Indian media, since a woman can apparently choose the sex of her unborn child. Many families have persisted in producing progeny till the desired gender (i.e. male) could be achieved, regardless of how many times the woman had to give birth to attain this state.

I’ve heard it on a movie once – “Akeli ladki khuli tijori ki tarah hoti hai” – meaning that a girl by herself is like an open safe. She is (supposedly) game for anyone. She must virtually fear for her life if she goes out after dark. In spite of being a country that prides itself on its cultural richness, many men haven’t imbibed that ‘culture’. To them, culture is a woman who stays home after night, has no boyfriends and marries at the right age to someone chosen by their family. If ever found alone or with a member of the opposite sex (maybe she is hurrying home after a day of classes or work, or after buying groceries, or even after a movie with friends) at night, then she is the antithesis of their ‘culture’ who must be punished and ostracised.

What I’ve described here is merely a tip of many icebergs faced by women in India everyday. There are visible and invisible restrictions imposed on them – through family, society, religion, employers, legislation, and even by self.

Is there an escape? Will anything ever change?

Maybe. If parents mold sons into men that respect women, and do not objectify them.

Maybe. If women of the country stop accepting the current state of affairs, and try to change the system by being the change.

Maybe. If men were to challenge the patriarchy that diminishes a woman’s rights, and support them more.

Maybe. If society stops accepting men/boy with the adage “Boys will be boys”, and instead hold them accountable for their actions.

It will take the concerted effort of several generations and education, before women can even hope to be freed from several of these confinements. But most of all, I think, women must begin standing up for themselves and other women to break off the chains. Unless we want something for ourselves, no one else will want it for us.