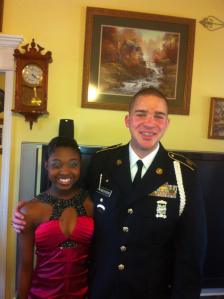 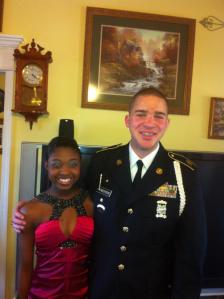 The month of April marks 45 years since The United States Supreme Court heard arguments in the case of Loving v. Virginia. This isn’t a landmark case that we are all familiar with, such as Roe v. Wade or Brown v. Board of Education. However, for me, the Loving case is partially responsible for the birth of my children and my upcoming marriage. Their decision, which ruled in favor of the Lovings’ (an interracial couple) and declared the state of Virginia’s anti-miscegenation law to be unconstitutional, opened the doors for people of different races to legally date, cohabitate and wed in the United States.

Fast forward to today and a recent article on msnbc.com that shows the far-reaching effects of the Loving decision. There are now 4.8 million marriages in the United States that classify themselves as interracial. In a few short months, my second marriage will place me in those numbers once again. More importantly though, is the fact that in the 2010 census more than 9 million people classified themselves as multiracial. My two children are among those growing numbers.

Despite these numbers, and the fact that our President is biracial, racism and discrimination still lives and thrives in the deep South of Arkansas. There are certainly many more interracial couples and biracial children now than 16 years ago, when my oldest son was born. Yet, there is still a distinct stigma that is attached to any person who dates/marries outside of their race and definitely towards children born of those unions.

Sometimes it’s hard for me to imagine that the Loving case, The Little Rock Nine (which happened right in my backyard), and so many other Civil Rights cases only occurred in the last 50 years. My parents can vividly remember Jim Crow laws that were prevalent in the South.  If I lived during that era, without a doubt, my children would have never existed. I would not have been free to love the man of my choosing. It’s unfathomable to me that this was actually illegal in my country. My gratitude is endless for the people who fought for equality, especially couples like the Loving’s.

However, I must admit that for all of the racism that still exists, I see much progress in the acceptance of my children. They attend school in a district where Caucasian students are the majority. My oldest son, who is in the tenth grade, has dated girls of both races. This is a far cry from my tenth grade year, 1989, when there was no way that I could have publicly dated a boy of a different race. It’s nice to see my son be able to openly date whichever girl he chooses.

My hope is that, by the time that my children become parents, their own interracial marriages and biracial children will be more the norm than the exception.

How do you feel about interracial marriage? Is it socially frowned upon, or even illegal, in your country?