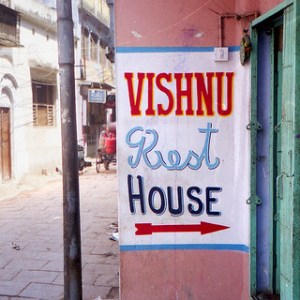 At first glance, I appear to be a typical Indian-American woman. My parents immigrated to the U.S. in the 1970’s. My father is a physician. My mother holds strong opinions on the merits of silk versus French chiffon saris.Until recently, I lived in New Jersey, and really, what Indian-American doesn’t? My investment banker husband and I have 3 children who attended Hindi class every Friday night for years.

You should know, however, that there are aspects of my life that Indians frown upon.

The aforementioned husband is Nigerian, a people distrusted in this era of 419 scams by Indians and non-Indians alike. And even more damning to a subcontinent that fetishizes degrees, I walked out of a top law school after a week and never looked back.

Upon closer examination, I am NOT a typical Indian-American. From the standpoint of most Indians, truth be told, I am a dud.

I was born in 1973 and grew up outside of Boston. My father was a medical resident and my mother was a housewife. Not a stay-at-home mom, like me, but a housewife. She actually cooked and cleaned.

While my dad toiled at the hospital, my mom ran a free boarding house. If you were an Indian immigrant who entered the United States from 1971 to 1995, you have spent time in my parent’s guest room. Back then there were very few of us in this country. My parents were enlisted to ease the trauma of relatives, friends, and friends of friends as they moved to the West.

We had a steady stream of visitors and to an American-born kid they were uniformly horrid. One of the first was a turbaned young grad student who, despite our 20-year age difference, watched Ernie and Bert with me in amazement, shrieking, “Aray, yay kapaday ka log hay!” Translation: Wow, these people are made from clothes.

There were sweaty aunties with flesh spilling from their saris who smothered me with damp cuddles. There were uncles who shaved in their underpants with the bathroom door open.

One distant cousin who stayed with us for a month had such pungent body odor that it was difficult to sit on the couch hours after he vacated it. My older brother enjoyed slipping contaminated sofa cushions under my comforter, so when I went to bed at night I was enveloped in a cloud of poison gas.

As soon as one guest left, the phone rang. My parents received static-filled calls at odd hours, early in the morning or close to bedtime. They conferred with each other and a date was circled on the calendar.

We faced an onslaught. Like Rama’s arrows piercing Ravana’s regenerating head, we sent one traveler on his way and another arrived at Logan Airport to fill the void. The cycle began anew.

My parents didn’t share my siege mentality. For them, it was a treat. My mom enjoyed preparing elaborate dinners for the visitors. My dad thrived on having a captive audience to regale with funny stories.

They were raised with large extended families. At their ancestral homes in India, meals were served in shifts to accommodate scores of relatives and servants.

Their childhood experiences imbued my parents with a deep tolerance and compassion for others. My experiences, on the other hand, have made me an unrepentant sociophobe.

Mike and I bought a center-hall Colonial in a leafy New Jersey suburb in 2005. It was a fixer-upper we were reluctant to fix up. It comforted me to think that if an Indian arrived from Newark Airport, the dust of Mumbai on his heels, one look at our shabby house and he would hightail it to the nearest hotel.

In November of 2011, Mike got a fantastic job offer and our family moved to Lagos, Nigeria.

A trip to Lagos requires an official letter of invitation, as well as a visa from the Nigeria consulate. Only the bravest and most dogged will jump through the hoops necessary to travel here.

I’ll admit it. I am a deficient Indian-American woman. I’m not a lawyer or doctor. It never occurred to me to get an MBA. My beloved husband is black. But all of these are forgivable sins.My most glaring flaw—according to my parents, at least—is that I despise caring for guests.

But by moving to West Africa, I have guaranteed that guests—when they do come—will have moved mountains to see us.

And how will we treat the worthy few who make the trek to Nigeria? Simple. We will lavish our visitors with solicitude like generations of our ancestors before us. Even though we relish isolation, the need to be hospitable is embedded in our DNA. Mike and I will EMBRACE our guests. We won’t be able to help ourselves.

Is there a tradition/family practice you hated as a child that you have embraced as an adult? What made you change your views on it?

This is an original post to World Moms Blog by our Indian-American mom of three in Nigeria, Asha.  Asha can be found at Twitter @ashanigeria. You also can find her writing on her personal blog, New Jersey to Nigeria.

The image used in this post was taken by Ruffin Ready. It has a Flickr Creative Commons attribution license.