ISRAEL: Sometimes The Right Thing Is To Be A Bad Mother 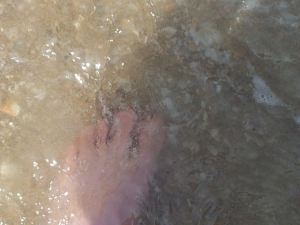 As parents, I think we each have our shining moments, average moments and moments that we, unsuccessfully, try hard to forget.

And we each have those moments when we are torn. Torn between our own needs and our kids needs, be they real or imagined.

I had one of those heart “tearing” moments this past week. I have been exhausted, not feeling well and in need of some kind of relaxation, not to mention in need of some one on one time with my husband. On the spur of the moment, on Saturday night we made the decision and the reservations to go away for one night on Tuesday night. We made plans for our three kids who live at home and our other two are grown up and soldiers are in the army. I was literally counting the moments.

On Monday night, my eldest son, who is just shy of twenty-two, was hospitalized through the army. He had an ear infection that was draining and not clearing up with oral antibiotics and he was in a lot of pain. And I was torn.

I was exhausted and feeling under the weather. And while I felt I should go see how he was, as a nurse I also knew that he was okay and that it wasn’t urgent. He also kept telling me I didn’t need to come in. So my husband went to see him. Without me. (Which has to be a first for me in situations like this.)

The next morning, I went to work and after work, my husband and I decided we were still going away for our much needed mini vacation. My son was in the hospital for two days before I saw him. I felt horrible but yet at the same time felt oddly okay about it. I knew that while things would get done more smoothly were I there, I also knew it wasn’t an emergency.

Of course, that didn’t stop the occasional nagging, gnawing feelings from surfacing. I mean after all, what kind of bad mother would not be at her son’s side when he was in the hospital? I did speak to him a lot, but even that was guilt inducing because from the frequency of my son’s calls to me, I knew that even though he kept saying there was no need for me to be there, I also knew he wouldn’t have minded having me there.

I was a bad mother because I was taking care of myself and my needs instead of being there with my son, mothering him and being his advocate in a world I understood about way more than him.

Every single person on this planet has unique thinking as well as their own private logic about what makes someone a good or a bad parent.

One person might consider a father who sits and helps his child with all their homework to be a fantastic parent, while another might consider that person to be a coddling parent who is fostering dependence instead of independence in their child.

Some people might consider a mother who goes on a vacation, even a very short one, instead of being by her adult son’s side when he is hospitalized to be a bad parent. Others might realize that the only way to be a good parent is to take care of yourself first.

And I felt both ways about myself depending on the moment. That vacation was exactly what I needed and it gave me a desperately needed boost. It gave me the energy to sit by my son’s side the whole next day, ask questions, be on top of the doctors and get him released for two days to spend the weekend at home.

In the end, the only person who can really decide if someone’s a bad mother or father, is the person themselves. But what makes that decision even harder is not just our own conflict of values. We are swayed by our thoughts of how we think others will view our actions. My guess is that if we lived on a remote desolate desert island and were not worried about anyone else’s perceptions, half of our guilt ridden moments would disappear.

I was a bad mother, I even have a hysterical looking small strip of sunburn to prove it. But you know what? It was the right thing for me to do. I can only be a good mother if, at times, I allow myself to be a bad one and put myself first.

When have you been torn and chosen to be a “bad mother”? Do you think our feelings about our own mothering are influenced by the perceptions of others?

This has been an original post to World Moms Blog by Susie Newday of Israel. You can find her positive thoughts on her blog, New Day New Lesson.