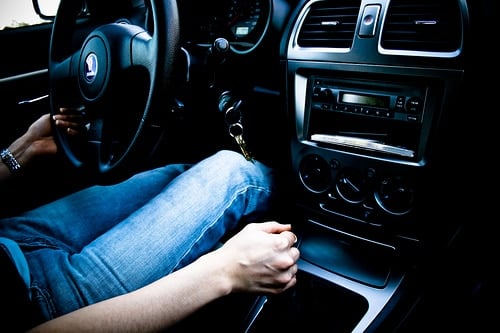 SAUDI ARABIA: For Some Women, Not Driving Is A Paralyzing Issue 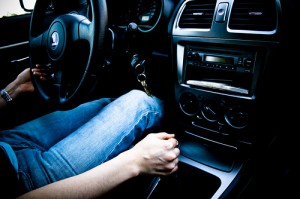 We always talk about “first world problems,” and, I, most of the time, complain about women not being able to drive in Saudi Arabia in the “first world problem” sense. “My driver is late!” or “It’s too hot in the car. I wish he’d switch on the AC before I get in” or “Why does it take so long for my driver to answer his phone!”

It’s easy for me to forget that for the majority of women in Saudi, it is very much a paralyzing issue. As I was leaving Saudi last week, I was in the airport lounge, and one of the women working there was having a private conversation on her mobile which got progressively louder. She kept saying, “Swear he’s ok! Why can’t I talk to him?”

“Surely your supervisor wouldn’t have a problem with you leaving early to go there!” I said.

“I don’t have any way of getting there!”, she said. “My son is usually my driver. I don’t have brothers, and I’m divorced.”

And that’s the simple truth. Her son was on a street somewhere, in God knows what state ,and she was stuck at work. She eventually took a cab and declined the offer to use my car.

I always dread talking about women driving in Saudi because it’s been talked to death, and there’s nothing to discuss, really, since the fact that women should be allowed to drive is such an obvious one. It’s like discussing if women should be allowed to work… or walk even. Not driving means different things to different people. To me, it’s something I don’t think about on a day-to-day basis, unless we have a driver crisis. But even then, I rely on my mother’s, sister’s or brother’s driver to get me where I need to go, and I have never been stranded at home or elsewhere because of it. I forget that this is not the case for everyone.

Yes, some of my friends can’t do lunches on certain days because of the driver issues (lack of reliable ones or lack of ones all together), so when their husbands work they have to stay home. While many, many Saudi families have a driver working for them, not all of them do. And honestly, who cares if I can’t get to my family visit on time or to the shops before they close, when this mother couldn’t get to her son, who I pray was not badly injured in this accident.

And if, God forbid, he was badly injured, or worse, and he is her only “mahram” (male guardian), then she effectively has to put her life on hold till he gets better. And if it’s not a “getting better” situation, then she is stuck. Driving will be only one of her problems.

We do have taxis, which are generally decent, but many women don’t like to use them or the men in their lives don’t like them to. Which is all fine and dandy if these men are willing to be their wives’ personal chauffeurs, but if they refuse, then the women are stuck. But they do sometimes say “no,” and their wives, sisters, daughters comply. I have never really asked my husband how he would feel about me riding a taxi, since there never was a need to before, but I know that even if he didn’t want me to ride one, for what ever reason, he would never tell me I couldn’t.

Work has already begun on the metro system in Riyadh, and I am assuming that it will have a similar set up to Dubai, where there is a women’s tram. (Although in Dubai it is optional to go on that tram.) It will be interesting to see what we end up with, but is public transportation the answer to this problem? No.

Women being allowed to drive is a change that has to happen. It’s going to happen. I can guarantee that, but when? And the assumption that this is a governmental decision is totally wrong as the government is doing what the majority of the population wants.

When the subject of women driving is raised, it is always surprising how many people are against it. Women included. When they decided to introduce girls’ schools, the community also spoke out against it and were fearful and pessimistic. But the government just made the change, and the people got used to it.  Now more than half the college graduates in Saudi are women! So, I hope we just rip the band-aid off.

And maybe the people will come around eventually and want this change, but how long do we want to wait? So many changes have come into our country, culture and environment that people are afraid to open up anymore, but there will be no progress without it.

Maybe I am wrong though. Maybe the views have changed, but the loudest voices are still of those who are against this. In Saudi the moderate voice is the one that talks at home among friends but doesn’t really rock the boat. The extreme views tend to be loud and very well organised.

A little side note to mention is there is no law against women driving. But there is a law against driving without a license, and women can’t get their licenses in Saudi.

It should just be done! Just as the 30 women were elected into the shours counsil by royal decree one morning, this change can happen too. It would, by no means, be mandatory, and whoever doesn’t want to drive, doesn’t have to. But for the women who are paralyzed, stuck and unable to get to their sons when they are hurt, a key to a car is not much to ask.

Do you agree with me that sometimes making unpopular decisions that will better your country is ok? Or is the government’s duty? Or do you think what the people want is more important?

This is an original post to World Moms Blog by Mama B from Saudi Arabia. She can be found writing at her blog, Ya Maamaa.
Photo credit to hhdoan who holds a Creative Commons Attribution license.