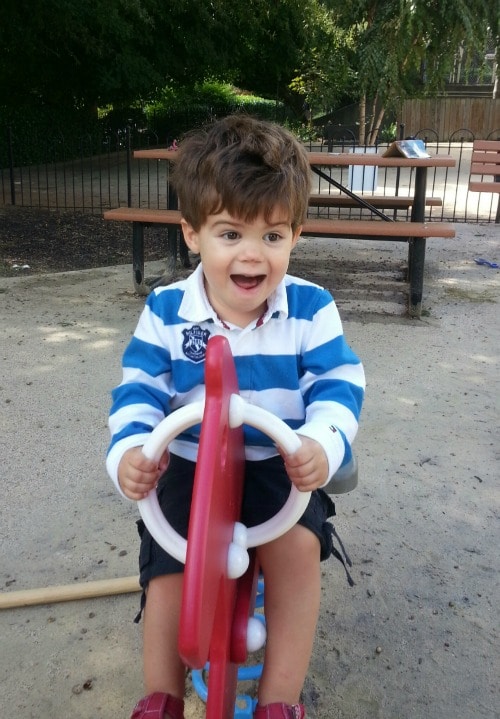 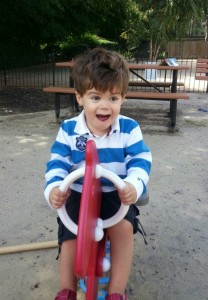 The customs officer handed us back our passports at Dulles International and said, “Welcome home.”

All my life I’ve been a global nomad, so home has always been a fluid concept. If you add up the years spent in any one country, the US now comes out on top, which I suppose wins it the title of “home” (congrats America). But given that we’d just left behind our comfortable house in Morocco for temporary lodging with family and the fearful prospect of finding something new with our now drastically diminished buying power, home seemed to be farther away than ever.

Starting on the drive back from the airport and throughout the rest of our first weekend home, I was confronted with many things I had missed and a few I hadn’t.

Rubber surfacing on the playground: missed!

Gridlock around the DC area: Could have gone my whole life without seeing again.

Trader Joe’s: Be still my heart!

As much as travel broadens the mind, it also makes you appreciate where you’ve come from. You see home through different eyes than you did before…for better and for worse. When I was 22, I moved back to Europe for the first time as an adult. I was born in the UK and since the age of 12 had been living in America. But I had remained as resolutely British as I could.

I chose tea over coffee, spelled colour with a U to my teacher’s consternation and argued as an outsider in my social studies classes, criticizing the American government and my fellow American students of limited vision with a righteousness and know-it-all-ness only a teenager can muster.

But at 22, I took a semester in France away from my American college, and, to my surprise and indignation, I was taken for an American.  This was no small insult coming as it did in the early months of 2003 – the run up to the US-led invasion of Iraq.  But to my surprise, I rose to the defense of the country I had, until then, not really considered my own.  I remember seeing Michael Moore’s “Bowling for Columbine” in a Strasbourg Theater with French subtitles and wanting to stand up mid-way and reassure the French audience that there was so much more to the US than what was being put across on the screen.  We really weren’t all that bad.

So it was in those 6 months abroad that I think I truly became an American, even though my official naturalization didn’t come until several years later. I’ve had the chance to live outside of America’s borders twice since, and each time I come back with more things in the missed column than before. This last year in Morocco was my first opportunity to see “overseas” through the eyes of a mom and the missed column grew exponentially.

I loved Morocco, and can name any number of qualities that make it a wonderful place to raise a child. But as an expat, I retained a link to benefits and securities to which few Moroccans of any economic status have access to.

I will always be grateful for the upbringing I was given.  Moving frequently and internationally was a gift that I have only come to fully appreciate now as a mother myself. And while I hope circumstances will take my family overseas again, I am for the moment, relishing all the good that comes from being back in America.

What makes home “home” to you?  Are you surprised by what you miss when you travel or move away?

This is an original post to World Moms Blog by our contributor, Natalia Rankine-Galloway, who writes at The Culture Mum Chronicles.