TANZANIA: My “Work-Cation” in NYC 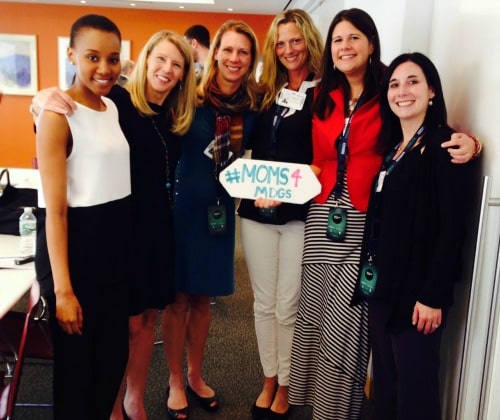 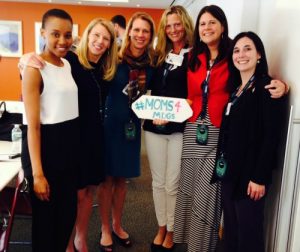 Nothing about my New York trip was what I thought it would have been. ‘Accompanying my significant other’ was the answer I gave to the lady at the visa section.

Neither she nor I had any idea what NY – “the city where dreams are made of” – had in store.  Okay, maybe I am being a bit dramatic, but the vacation I thought I was to going have, was about to have a new prefix: work.  It was to become a “work-cation.”

Before leaving for the Big Apple, I reached out to any available World Moms in the area on facebook, and almost instantly I had my first set of meetings with the WMB founder, Jennifer Burden.

The scene was a charming restaurant somewhere in Manhattan (can’t tell you specifically because I am so terrible with directions). Just as I had expected, Jennifer was amazing. She is maybe the warmest person I’ve met, and right off the bat she struck me as a soul I had known for years. Her passion for social change and the impact she years to make in that regard truly resonated with me. I left incredibly inspired by her.

I met some more awesome World Moms Blog moms: Elizabeth Atalay, Nicole Melancon and Nicole Morgan. I was in such good company. On that table that night, I literally felt that we WMB Moms could take over the world.  And before the night was over, I was booked to attend meetings with ONE.org and a panel on Millenial Factivism at the UN, an initiative to fight extreme poverty through well-tested policies and programs based on concrete evidence! By all accounts I considered myself a lucky lady.

Also from WMB facebook, I received an invite from Erin Threlfall, also a World Mom, to speak about being a child in Tanzania and to present my children’s book to the students at the United Nations International School, UNIS. I almost leaped out of joy and fear all in one.

I wasn’t sure exactly what I was going to say. Had I known a month before that I would be doing this, I would have had brought along a presentation, pictures, and definitely my book! I kept going in circles, until I decided that the best way to approach speaking to children about being a child in Tanzania was to revisit that little child in me that I reach out to every so often. As for speaking about the book, well, I had spoken of it for the most part of the year, therefore that part was a walk in the park. Maybe by now it’s clear just how nervous I was!

And then, along came the day of the school visit. I started making my way to FDR Drive, or some such street (remember, I am terrible with directions), and unfortunately I got a cab driver who was new to the city and didn’t know where to go! 30 bucks later, I was at the entrance of the school, bolting towards reception and calling on my host, Erin. 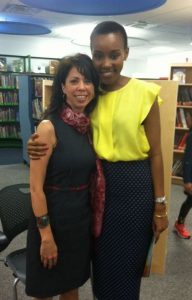 Erin is maybe one of the kindest people this earth has to offer. Her warmth melted my anxiety and nerves away, and before I knew it I was in front of the kids, with a glass of water in my hands, chatting away! 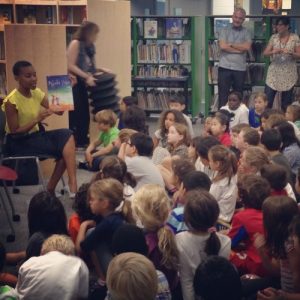 It was great! I almost couldn’t believe how well it went, and I couldn’t have been happier.

I extend my warmest regards to Jen, Erin, Nicole, Elizabeth, Jeanine and all of my gracious new friends from my trip for being the superheroes to my “work-cation!” The world moms of the World Moms Blog rule the world! Plain and simple.

Have you ever made a mom friend connection over the internet?  How did it go?

Nancy Sumari is a WMB contributor from Tanzania.  She writes at http://mamazuri.com/.