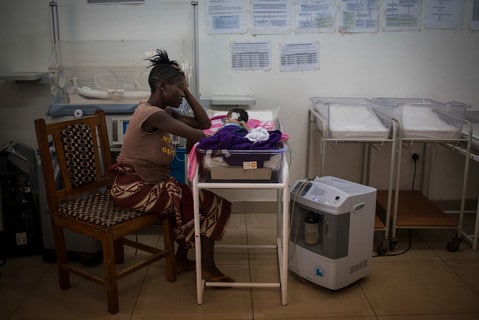 As part of World Moms Blog’s collaboration with BabyCenter’s Mission Motherhood™, our World Moms are writing posts on maternal health around the world. In today’s post, Jennifer Burden writes about

“A friend at the nonprofit, WaterAid, recently shared photographs with me from the photographer Monique Jacques, which were taken during a trip this year to Kenema, Sierra Leone. Kenema was among the hardest-hit areas during the Ebola crisis, and research conducted by WaterAid and the nonprofit VSO found an alarming rise in the rate of maternal and newborn death during the Ebola crisis.”

Read the full post, “A window into a maternity ward in post-Ebola Sierra-Leone”, over at BabyCenter’s Mission Motherhood™!