SAUDI ARABIA: On Being a Muslim Abroad 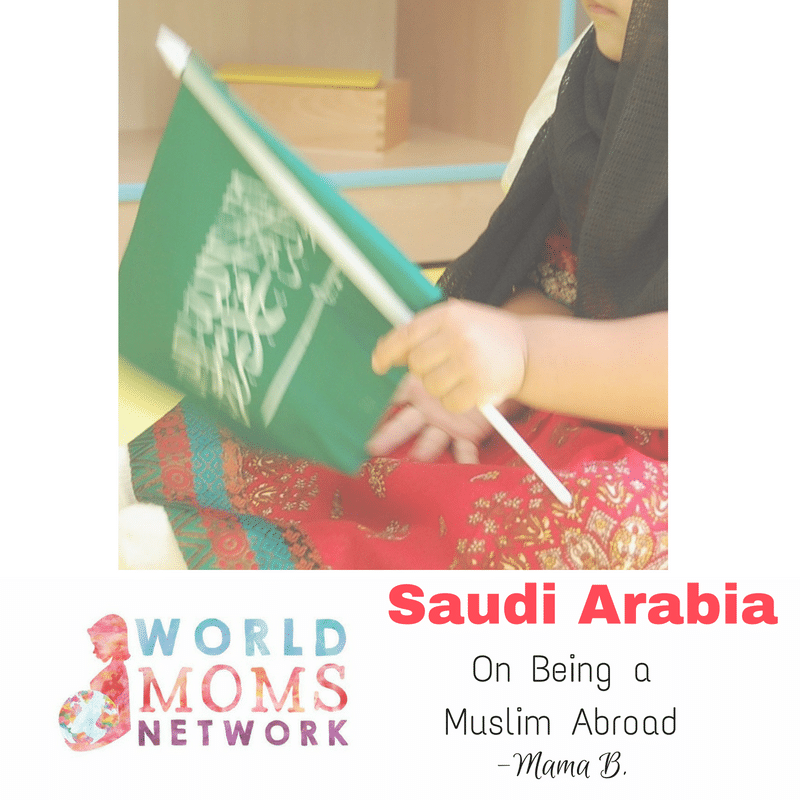 Paris, 1989, on a playground. A young girl only a year or two older than I asks me, in French, “Where are you from?” “I am from Saudi Arabia,” I reply.  She asks me where that is. This happened to me frequently, and I couldn’t understand how children didn’t know where Saudi Arabia was! I knew where France was… Why shouldn’t they know where Saudi was?

Vermont, 1993. Camp Kenya. “Do you have an oil well in your backyard?” “Are you a millionaire?” “Do you live in a tent?” We indulged the questions at first, but it started to get a bit old. My cousin and I tried to blend in as best we could, without joining in on the conversations about boys and first kisses. While we obviously stood out, our novelty wore off quickly, especially when our answers to their questions were not as exotic or mysterious as the other children hoped.

1998, London, American University. “Oh! You don’t seem like a Saudi,” a fellow student exclaimed. “How many Saudis have you met?” I asked her. “None,” she replied. Another student remarked, “Wow, a Saudi woman studying graphic design in London! What a huge step for women!” I couldn’t help but be offended. ”Ummmm… my mother studied in Switzerland, is fluent in 3 languages and has devoted her life to women empowerment… Studying graphic design in London is no great feat.”

2000, London, American University. In response to the news of my engagement, one of my teachers called me into his office. “Are you ok?” he asked me. “Yes, why?” I replied. “Is it your choice to get married?” he asked. I was shocked by his question, so I replied, “Yes, it is. Why would you ask me that?” “I would hate for you to be coerced into something you didn’t want.” This is from a professor I had known for 2 years. In his classes, he knew me to be an opinionated, creative and confident woman. But apparently the cliches don’t shift.

September 11, 2001, London. At home. The phone rings. “Switch on the TV!” my cousin tells me. “What channel?” I ask. “Any channel,” she replies. We get a warning to stay home from University for a while, so my sister camps out in the living room in front of the news for days on end. “I am from Saudi Arabia,” is not longer greeted with curiosity and questions about oil wells in our backyard.

Watching the events unfold that day was horrific, devastating and gut wrenching. As a 21 year old college student, I felt society expected me to take responsibility or apologise, even though this act was so far away from anything I knew, anything I was raised with, anything I or anyone else I knew believed. I didn’t understand why these acts by these men changed people’s impression of me. “It’s me!” I wanted to shout.  I haven’t changed as a result of what terrorists have done. I don’t have a hand in this.

The cliche had changed overnight. ‘I am Saudi,’ was no longer only synonymous with, “I am an oppressed woman whose biggest ambition in the world is to buy half of Harrods.” It now also became synonymous with “I am a hateful person to be feared. I come from a country without a shred of good in it. I come from a country that breeds terrorists. Therefore I am sure to breed the myself. And my silence means I condone every terrorist act committed not only by a Saudi but by anyone claiming to be a muslim.” You may think this is a bit dramatic. I wish it was. It was very much black and white.

Looking at the world events in the last few months. Listening to the rhetoric coming out of the UK after Brexit and the US after the elections it is clear that nothing is ever black and white. Every country, every community, every family and every person has the capacity for both good and bad. I have lived my whole life knowing this. We were raised knowing this. That is why it is so difficult to understand when people paint a whole culture and country with one brush. I did not look at these situations and think, “That’s it! They hate us! They would rather see us gone.” Maybe I had the luxury of travelling to many places and meeting many people from different cultures. What I am certain of is that nothing and no one is perfect, what matters more is the effort people put into their betterment.

They have opinions about me, and about my people, but there is much that they do not see, that they do not know. Since September 11th Saudi Arabia has had dozens of terrorists attacks on its own soil targeting not only expats but Saudi civilians and law enforcement, as well as members of the government. The Saudi government has been actively fighting terrorism and has had many successes in this war against terror. Saudi Arabia has taken measures to regulate all charitable donations, requiring proper permits and security checks to ensure every donation is going where it is intended. The Saudi government recognised an underlying problem in our education system and has since changed the textbooks and method of teaching.

This is an original post to World Moms Blog by Mama B. of Saudi Arabia. Photo credit to the author.