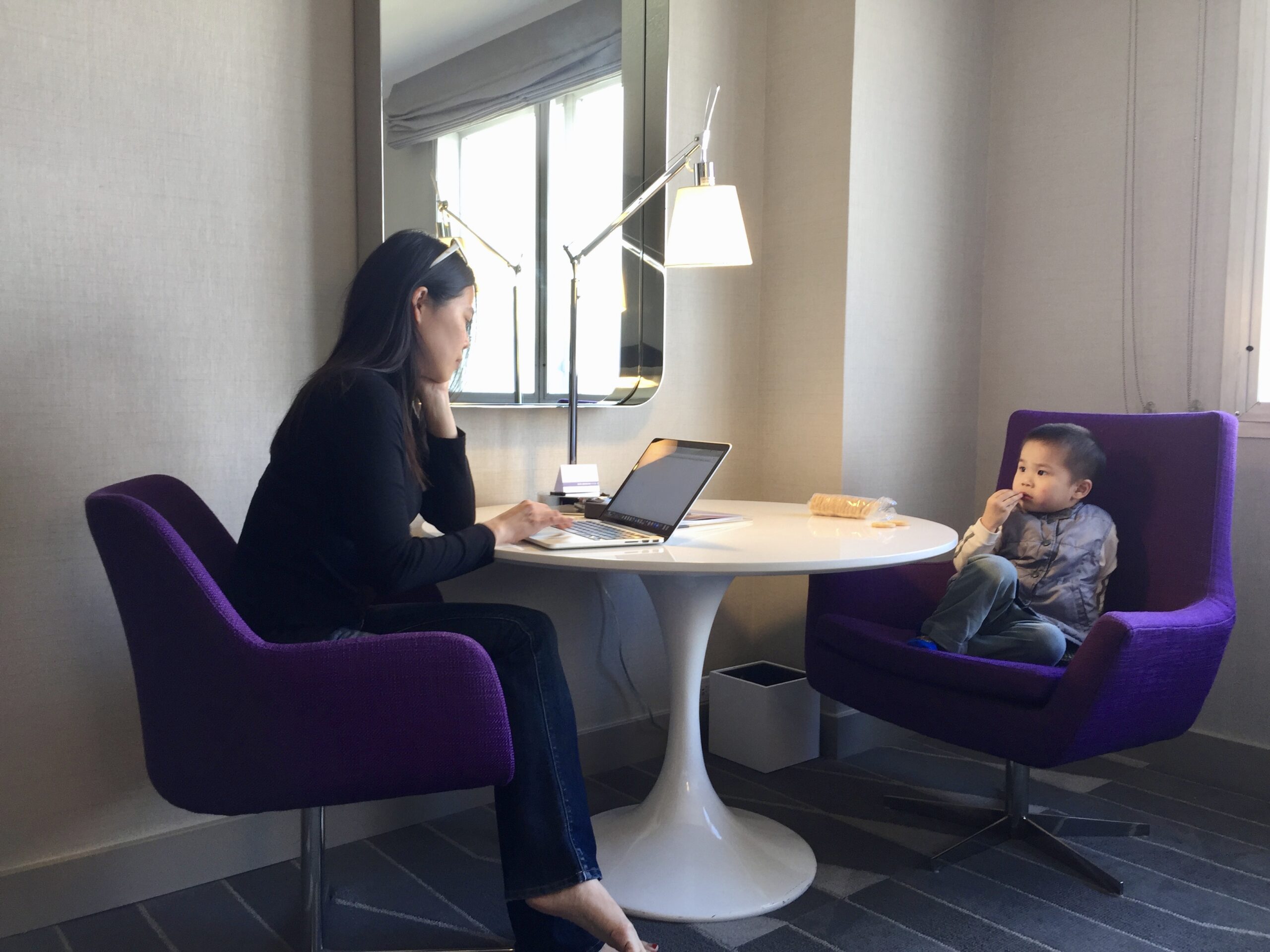 USA: Parents As Seen Through The Eyes Of Children 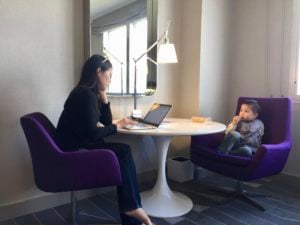 My husband is a software engineer who specializes in smart phone application development. Our four-year-old son described his father’s job as “very challenging.” He said, “Dad is always fixing phones, lots of phones. His lab is loaded with phones.”

I am an independent journalist and a freelance writer. Our son described my job as “very easy.” He said, “Mom is always playing with her computer, chatting on the phone, and traveling by air.”

So this is how my son looks at writing to deadline, phone interviews, and business trips. How cute, yet how annoying! My husband and I joked about this, and I told him, “So our son thinks your job is challenging and mine is easy. That’s not fair. I don’t want to be looked down on—not by our own child!”

For the first time I saw myself through my child’s eyes. I was both surprise and amused to realize that I actually have a fear of being looked down on by my child. Then I thought about my mother, and what she was like in my eyes when I was four years old.

Back then, I was afraid of my mother. She was a so-called “tiger mom” who spanked me often. Most of the time, I didn’t know what I had done wrong. I was constantly scolded for my “bad attitude” when I was too young to even understand what an attitude is. I vividly remember how scary my mother was when she was beating me, but I barely remember what I did to anger her.

There are a few things that I remember, though. Here is one memory. My mother used to make fried rice noodles and throw in a lot of dried shrimp. The smell of the dried shrimp totally covered the flavor of the shiitake mushrooms and the sweetness of the cabbage.

I asked my mom, “Can you not put so much dried shrimp in the fried rice noodles?”

She effectively silenced me with an angry shout: “This amount of dried shrimp is necessary in fried rice noodles! Shut your month and eat up, or I’ll beat you up.”

When we got home that day, my mother grabbed a tennis racquet standing by the door and started to strike me with it. She was too upset to find the rattan that she usually used. The racquet strokes fell on me like raindrops; the pain was great. I started to cry, “Why are you hitting me?”

She shouted, “Because you have a bad attitude! Stop crying or I’ll beat you even more!”

For a long time, I didn’t know why I was punished. My mother was an irritable and horrible person in my eyes. I guessed she hated me, but I wasn’t sure. I dared not ask.

Later, when I was in middle school, a friend of mine lent me her CD of Blur’s. I brought it home, totally forgetting that we didn’t even have a CD player. I put the CD on my desk.

My mother saw it and asked me, “What’s this?”

I said, “It’s a CD I borrowed from a friend. But we don’t have a CD player at home, so never mind.”

My mother asked me what a CD was. I said, “A CD is a compact disc. You don’t know that?”

She suddenly raged, grabbed a clothes hanger and hit me in the face. I cried, “Why are you doing this?”

She shouted, “Because you have a bad attitude!”

I was fourteen years old. While I was being hit by that hanger, I started to hate my mother. I thought she was being unreasonable. I thought she was just randomly beating me up because she happened to be in a bad mood, or worse, for no reason at all. I vowed that I would never become somebody like her.

Then I grew up. I left my parents a long time ago, but I’m still searching for the answer to the tough question, “Why my mother physically abuse me?” I tried to look at her from a mature woman’s eyes, and not from a child’s eyes. I finally figured out that maybe, just maybe, I knew one of the reasons behind my mother’s abuse. She spent her whole adult life as a housewife, and was kept at home for the whole time. My father’s parents did not have a harmonious marriage. My grandmother once ran away from home, and as a result, my father was insecure about relationships. He limited my mother’s social and career life. My mother hated to be isolated from the outside world, but she was helpless. She was afraid of being despised, especially by her children. And when I showed the attitude that she considered scornful—for example, by criticizing her cooking or questioning her knowledge—she beat me to maintain her dignity.

When I was a child, I first feared and then hated my mother, but I didn’t despise her until I became a teenager. Now, when I think of her sense of inferiority, my heart almost aches. But I don’t want to be sympathetic. My mother had a big ego, and it would be painful for her to know that her daughter had sympathy for her.

I realized that children are not confused. They only despise parents when the parents despise themselves.

I asked my son, “Surely Dad is great! When you grow up, do you want to be an engineer just like him?”

He said, “No. I want to be a writer just like you. So that I can play with my computer, chat on the phone, and get on airplanes all the time.”

How did you see your parents when you were growing up? How would you like your children to see you?

This is an original post for World Moms Network by To-Wen Tseng. Photo credit: Mu-huan Chiang.