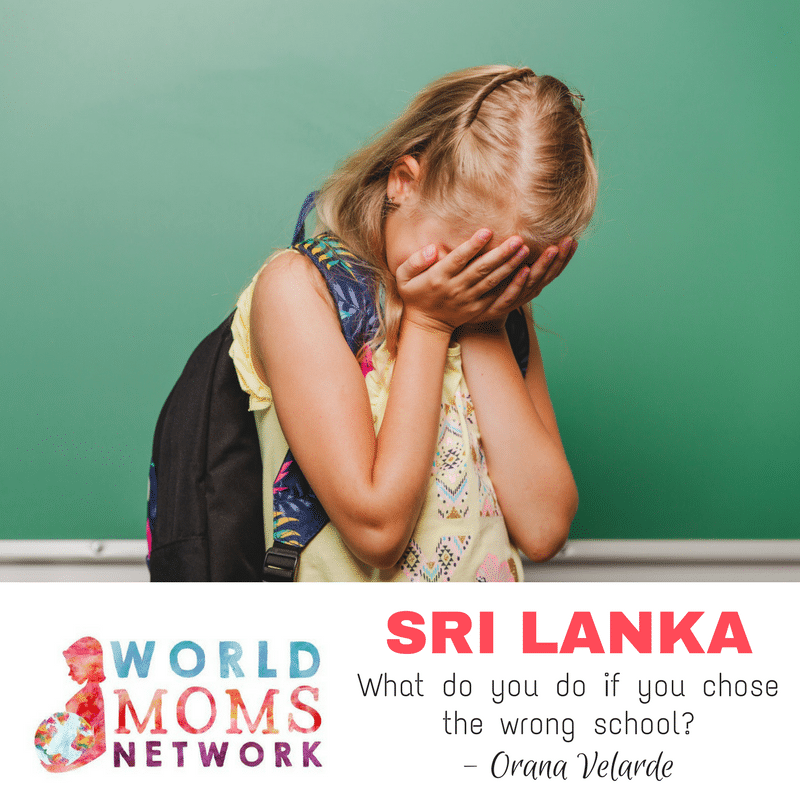 SRI LANKA: What do You do When you Chose the Wrong School?

What are you supposed to do when you can tell that the school your kids are in isn’t exactly what you’d like a school to be like? Not everyone has the luxury of just moving kids from school to school just because they don’t like it. I am thankful that our constant nomadic lifestyle let’s me make drastic decisions like taking the kids out of school and doing a year of homeschooling before moving on to the next country. The road of decisions getting here wasn’t exactly easy though.

Basically, we’ve taken the kids out of school and I’ve given up my free time so I can homeschool them as best I can. Everyone gets up later now and I admit it take lots of patience to get them interested in anything but I’m trying and I hope the decision was a good one. Whenever I think of the teachers notebook slapping my son, it becomes completely worth it

For about a year I managed to get up before 6 am to wrangle my kids out of bed, into uniforms and every day was tougher than the next. It was hard for me to hear the little one cry every day about not wanting to go and how much she hated it. The older one put up with the daily routine but grew to also hate it. We all ended up hating it.

I obviously put up with it because well, school life is like that right? You get up unwillingly and go to school and go on with your life. But something just wasn’t clicking.

When we were in Bali they loved their school. The little one was allowed to go in pyjamas with the uniform in her bag and the teacher would dress her nicely and even braid her hair into “elsa” braids. My son has always been rambunctious but not once did they notebook slap him across the head there.

The year they spent in the Cambridge style school here in Colombo could have easily been a torture for them and I was telling them to suck it up because I needed my space.

Those five free hours in the morning were mine, all mine and no one else’s! But things just kept getting worse. My daughter was constantly picked on by a little boy, every single day and the teacher took months to finally intervene. She was miserable and her only friends would switch to Sinhalese at any time, leaving her out of conversations.

The first day I took the kids to that school, it had me wondering; a first grade teacher was yelling at the top of her lungs about rules while the kids sat as still as possible in their seats in a room way too hot for comfort. I sort of brushed if off because it was the end of the school year, but later I feel bad that my kids had to put up with these teachers for a whole year.

I can’t tell you if the teachers are bad or just have had too much, they were nice sometimes and horrible other times. My son got notebook slapped quite a few times because he was tired of writing. My daughter was told to put her head down if she didn’t want to work. She wasn’t given other choices, like coloring or puzzle building. She was four.

Are all “academic style” schools like this now?
Forcing four year olds to write and read by the time they are five?

So, I took them out of school completely. I sent an email to the school which they never answered back, not even with a “bye bye it was nice to have you here”, nothing. Good Riddance, I say.

We are Expat Homeschoolers once again.

My son has come to hate the art of writing but he loves making up stories, my daughter says “no pencils allowed” everyday and I have to figure out other things to do with her. She will trace letters but won’t let me tell them what they are. She still can’t count to ten properly but you know what? I doesn’t matter, she will learn eventually. I have a feeling one year in that school has left a bit of a mark that now I have to erase.

I’ve lost those five free hours that I used to have but at least my kids aren’t being forced to spend their day in a hot uncomfortable room being picked on for being different and made to work incessantly with a fear of notebook slaps!

How do you feel about your kids’ school? Do you ever just want to take them out and do the schooling yourself? I know I have the luxury of doing something like that, and I am thankful to be able to.