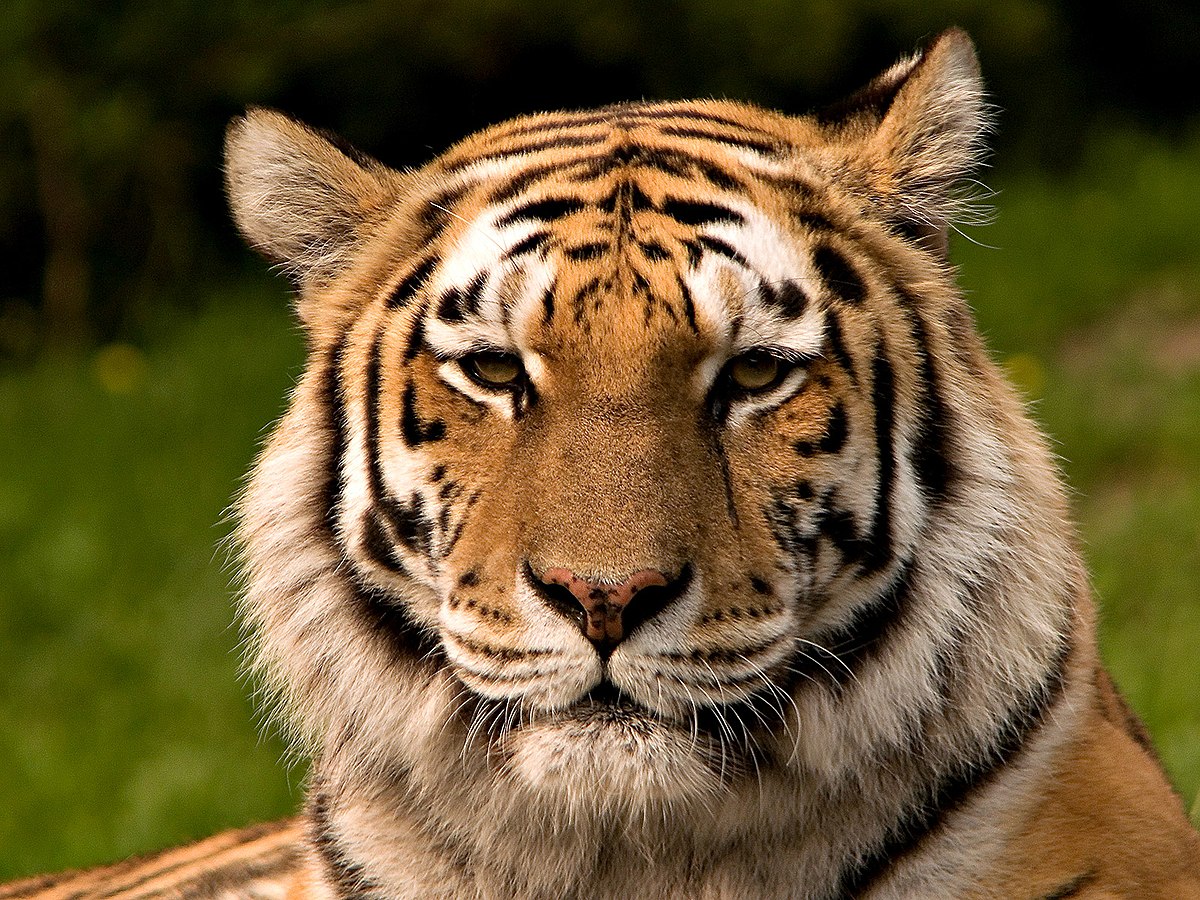 Not every animal has a day devoted to it. But, the biggest of the cat species, the tiger, is exceptional and it is celebrated today (July 29). The International Tiger Day was launched in 2010 to create awareness about this magnificent creature, as it was on the brink of extinction.

Many factors have contributed to the decline in the numbers of this striped animal – climate change, loss of habitat and heavy poaching. Therefore, many organizations interested in wildlife came together to raise awareness about it.

It is not only the organizations but it is also the responsibility of every human being to understand the role played by the tiger in maintaining an ecological balance.  Here is a personal narrative about sighting the big cat in all its splendor in a reserve forest.

Pristine waterfalls, a rich carpet of grass, trees laden with flowers, butterflies flitting in and out of bushes and trees and squirrels scampering away with a fistful of nuts have captivated the young and the old alike.

These are gifts from God. We love to see them, love to bask in their glory and would feel blessed to be part of them forever.

Nature has never considered itself as just a gift to us. It has blended with us and played its part very well. It has given us food, water, and warmth in abundance and helped us to flourish.

In India, the great Himalayan ranges, Western Ghats, and the Eastern Ghats are home to several beautiful creations of God _ animals, birds and rare plants. In fact, wildlife is an inseparable part of its natural treasure.

From various studies and surveys, we understand that we have not been respecting these gifts from God. Many do not even realize that we have lost much due to callousness.

Therefore, over a period of time, many species of flora and fauna have started disappearing from this world. Don’t you think it is high time we did something about it?

As a wake-up call and in order to save some of the endangered species, the Indian government has taken a number of measures on its own and in association with several organizations to preserve wildlife and plant species in the country.

As these values have to be instilled among children, our family decided to go on a nature camp to a tiger reserve in Tirunelveli district in Tamil Nadu.

While my husband and I wanted to have some quiet moments amidst greenery and enjoy mother nature, the children (10-year-old son and 7-year-old daughter) were excited about visiting the Kalakad Mudanthurai Tiger Reserve. It was a welcome change for them, as they had spent the last six months shuttling between home and school.

We reached Tirunelveli by train on a Saturday morning and rented a car to the tiger reserve. As the vehicle neared the western ghats, the kids were excited as the ride through the lush green forests was a surreal pampered experience for them.

The guide who accompanied us informed that it is the second largest protected area in the state and Kalakkad has also been declared as one of the world’s biodiversity hotspots.

This information triggered my son’s curiosity. He did not understand why animals and plants needed protection. Seizing the opportunity, I explained to him about how we are influenced by nature and the crucial role played by it in our lives.

“Plants give us food, shelter, clothing, relaxation and many more. Right from a unicellular organism to the multicellular carnivores and herbivores, all play a part in sustaining life on Earth. They help to maintain the food chain and play an important role in maintaining the ecosystem,” I explained.

“Just like how we maintain our home, school and our immediate environs there is a dire need to conserve nature too. It has given us so much for our sustenance and as more and more resources are used by man, there has arisen a need to conserve whatever is left.”

To this explanation, my son with a puzzled look asked me: Mama are these not given to us by God. Will he not take care of it? I said that since nature is a gift from God and just like any other gift we need to preserve it too. “It has given us so much. Don’t you think we should give something back to it?”

As my son nodded in agreement, the guide told him that the place of visit was a jungle where tigers were protected in their natural habitat. The little one’s eyes fell out and he could not believe that a giant of an animal like the tiger needed protection.

My husband stepped in to offer an explanation: Yes, the magnificent tiger was slowly becoming extinct as it was being hunted for its skin and claws. Therefore the Government of India in order to promote awareness about wildlife initiated programmes like Project Tiger to save it from extinction. Thanks, to the timely intervention,  the step did help and the number of big cats has increased in India.

“You are here to learn more about it,” he said as he lifted my daughter to show some deer feeding on the grass in the shade of some trees in the forest.

Though a tiger reserve, it was also noted for chital, sambar and lion-tailed macaques. The children clapped their hands in glee as they sighted some of the animals en route.

The rugged topography of Kalakad was dotted with dense rainforests, perennial streams, and falls. As the vehicle negotiated a hairpin bend we sighted the Agasthiar falls located amidst picturesque surroundings.

The children wanted to go near it. But we were told that we had to trek a few meters to reach the falls and it was almost 4.30 pm. The guide told us that we could not stay there beyond 6 pm as we would interfere with free animal movement in the forest.

As the children were hell-bent on seeing the falls, my husband relented and we climbed the slope. But one thing is for sure, the excitement and sheer pleasure of experiencing a jungle is an unparalleled one.

Though it was a tourist spot, there was not a single soul as it was late in the evening. As the flow of water in the falls was gentle, the children had a good time jumping and frolicking in the pristine waters. With passing away of nearly an hour, I pulled them away and took them near a bush to change their wet clothes. As I was just changing mine, darkness had begun to fall and my son took the powerful torch and tried to scourge the mountainside.

All of a sudden, my daughter pointed out to a speck of light which kept moving. When we enquired with the guide, he got worried and said, “I don’t think forest personnel would be there at this time of the hour.”

Meanwhile, my husband who was having a great time standing in the waters gestured me to come near him. As I was about to move towards him, I noticed that a light was not far off. As I lifted my daughter to move towards the falls, all three of us observed that it was not a speck of light but a pair. It suddenly began to move towards us rapidly.

It was then, it struck the guide that my son was constantly shining the torch towards the source of light.

“Oh god, madam, it is a tiger moving towards us, as it has been irritated by the torchlight.”

Panic-stricken we ran to the falls which was just a few yards away and pulled my husband who was basking in the waters.

We had not noticed the time slipping away and it was 6.30 pm. As I turned behind I could clearly see the two specs of light moving rapidly towards the falls.

Picking up our belongings we ran for life and almost skid down the slope towards the vehicle. It was the most frightening experience of my life. As soon as the jeep’s engine roared into life, we turned behind to see the falls for one last time. What we saw made the hair on our hand stand up.

With starlight bouncing of its glossy fur and emerald fiery eyes, a majestic tiger stood near the tumbling falls. It stretched its body as though it was about to settle for a nap and its claws emerged like crescent moons. It looked at us lazily, and let out a roar that made jeep turn into the road at top speed.

After two blissful hours of animal spotting among the lush green of the forest, we retired for bed at the guest house still shivering at the thought of what would have happened to us even if we had delayed by a few minutes.

“I am sorry to have troubled you to take us near the falls at dusk. We should not have disturbed the animals in their natural habitat,” said my son as he nearly sobbed to sleep.

My husband who was more than angry after this experience vocalized that he could not forgive himself for having failed to take note of the time and leave the protected place a few minutes earlier.

After all, we share the earth with all species created by God. They too have a right to exist and enjoy in the place that suits them.