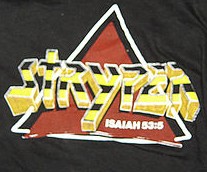 I want to remember it, because it sounds awesome, but for some reason I don’t.  My husband refers to me as the guy from the movie “Memento.”  You know, the one who has to tattoo notes on his arms because he has no short-term memory.  That’s me, without the tattooing.

I have overcome this hurdle as a parent by keeping several calendars, writing notes to myself, and taking lots and lots of pictures.  Blogging has also been good for me as it forces me to keep a journal of my experiences as a parent.  The few memories I do have, especially from my childhood, tell me a lot about what has been important in my life.

One of those memories is opening up the present that my parents gave to me on my ninth birthday.  It was 1985, and I was in the third grade.  I don’t remember much about the third grade, but I do remember this present.  I got a red Sony Boombox with black speakers…

I can still see it now – its rectangular shape with a square speaker on each end and a tape deck in the middle.  I spent hours listening to my Stryper cassette.  Remember them?  I could probably sing every word of “Honestly” today, not that I’m proud of that.

I remember recording songs off of the radio and becoming upset when the DJ would speak through the beginning or the end of a song.

I remember when I recorded myself singing Whitney Houston’s “The Greatest Love of All”, and my brothers found it.  They played it for my family during dinner as I cried and insisted that it wasn’t me on the tape.

Needless to say, I loved my Boombox and was entertained by it for years.

Music has been a very influential part of my life.  The majority of my childhood memories, which are few and far between, are centered around music.

One of my earliest memories is listening to my Sesame Street eight-track of “C is for Cookie” over and over again.  I thought Cookie Monster was inside of my parents’ stereo singing to me.  He and the rest of the Sesame Street gang could have fit in there comfortably since their stereo was such a huge piece of furniture.

I remember my first live show at Giant’s Stadium.  I was in the eighth grade, and I went to see the B-52’s and Ziggy Marley and the Melody Makers.  It was the first time that I smelt marijuana as it was passed all around me.  My friends and I were terrified that we would get a “contact high”.

I remember playing piano in talent shows at my elementary and high schools.  And, I remember my mother singing to me every night before bed.  My love of music is deep and strong and because of that, it has been important for me to share this love with my children.

I have been on a crusade to find tolerable children’s music ever since my daughter was born five years ago.  Whenever I would hear Barney singing, “I love you.  You love me,” I did not feel the love.

No offense to all of the Barney fans out there!  It just wasn’t for me.  But in my quest, I have found some gems, and I’m happy to share them with all of the music loving moms out there.  So here are my top 5:

So, there you have it, my top 5 list.  I hope it brings you as many great memories of dancing and singing with your children as it has to me.

And, please share your favorites – I’m always looking for some good tunes to fill my home with!

Photo of Stryper T-shirt credited to  http://www.flickr.com/photos/fimoculous/8692319/.  This photo has a creative commons attribution license.