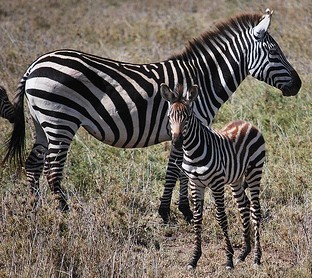 This week we asked our World Moms Blog writers,

“What is your most embarrassing moment in motherhood?”

All we can say is…get ready to laugh (or cringe) with us!

“My four-year old received a thoughtful but somewhat juvenile birthday gift from an elderly neighbor. The next time we bumped into the neighbor, I thanked her profusely for her kindness and told her how much my daughter loved playing with the gift at which point my daughter chimed in,’no I don’t mommy, remember, it was for toddlers so we gave it to Rachel’s sister?’ (oops!)”

Tara B. of Washington, USA writes:

“In a very crowded public bathroom, my 5-year-old loudly asked (out of nowhere), ‘Mom, why don’t you make milk to feed the baby from your nipples anymore? Milk from your nipples?’ I think he only said ‘nipples’ twice, but it felt like more as I imagined it bouncing off the eardrums of each person in hearing distance. It was a good question for him to ask, just one I would have rather answered without an audience.”

“When James was three my Mom was visiting from South Africa, and on a busy Saturday morning we were in the drugstore. I was with James on one end of the store. My Mom was with my other son George on the other end of the store. Many, many people in between. All of a sudden, James looks up, sees where his Granny is, and yells at the top of his lungs:

‘Granny! Do you have a willy?’

You could have heard a pin drop in the silence that followed, and I wished the ground would just open up and swallow me whole…”

“When my oldest was much younger, probably six years old, he was playing in my bedroom. He got very quiet and when I checked on him, he had found a stash of obviously not well hidden adult magazines that belonged to his Dad.

I was SO mortified ,but when I asked what he was doing with the magazine, he replied ‘I was just reading the stories.’

Such a man already at such a young age!”

“When the girls were 2-ish and a few months-ish we had an appointment to check out a new day care. The kind that I reallyreallyreally wanted them to go to. We got to the tour in a perfect trifecta:

1. We were late.
2. Chloe had a major diaper blowout.
3.& As we were changing her, Kayli had an accident.

“In a crowded public bathroom stall my daughter, then 2-years old, exclaims “Mommy, you’re wearing your zebras!” when she sees my patterned underwear…”

“I was at the supermarket with the girls and we were paying at the register. The cashier smiles and says hello to me and my girls. My four-year old holds out her arm, pointing at the cashier, looks at me and says ‘Momma, that lady is bald like daddy!’ (My husband shaves his head.)

I felt like I wanted to disappear into thin air. The woman looked like she had undergone chemotherapy treatment for cancer and her eyebrows and hair were just starting to sprout back. The cashier, who is surely going to heaven for being so nice, just smiled and asked me how our day was going.”

“My son was 2 and we were at a banquet for the March of Dimes, which was in a very large reception room.

One of the waiters dropped a tray in the middle of room, which was followed by a large crash of broken dishes, silence and my son saying, ‘oh shit!’

At least he broke the silence with a roar of laughter and used it appropriately!!”

Now that you’ve read ours, come share YOUR most embarrassing moment in motherhood with us!

Photo credit to http://www.flickr.com/photos/chadica/3225175361/.  This photo has a creative commons attribution license.